Slow Food has been campaigning for responsible and sustainable meat consumption for a long time. The international Slow Meat campaign includes all events aimed at spreading information and raising awareness on meat consumption, quality and production and on animal welfare. Meat has become a key international issue for Slow Food, especially since the first Slow Meat conference held in Denver, Colorado (USA), in summer 2014. Slow Food Germany has also given particular emphasis to the topic in the last two years. Particularly in 2015, many of its events have focused on meat related issues. 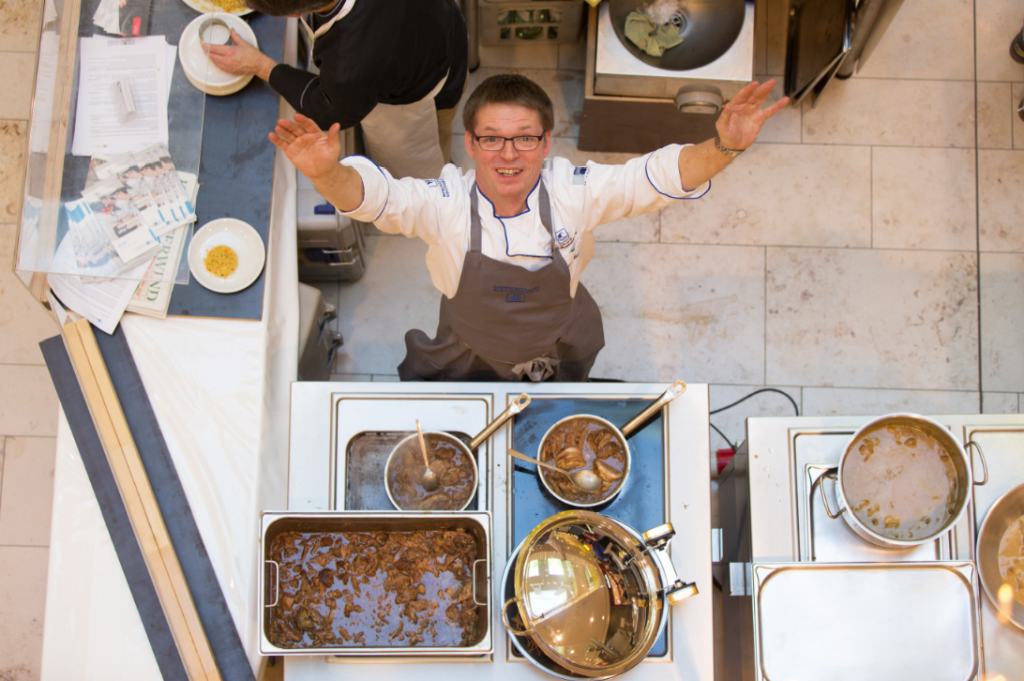 FROM NOSE TO TAIL: USING ALL ANIMAL PARTS WITHOUT ANY WASTE
In April, for instance, the Markt des guten Geschmacks, the yearly Slow Food exhibition in Stuttgart, included a cooking workshop on how to use all parts of an animal. Visitors had the chance to see how all cuts of a sheep can be used in the kitchen, find out interesting tips on the best use of meat, and information on the frequent waste of many meat cuts. Often, just a relatively small portion of a butchered sheep is actually eaten. Especially in Germany and in other industrialized countries only noble cuts can be sold profitably. In the case of sheep, the consumed percentage of the butchered animal, only 33%, is actually smaller than in the case of beef, pig and poultry. Given the small number of slaughtered animals, even the secondary use of meat, for instance to produce animal feed, is often not profitable. This means that a large amount of good, nourishing sheep meat ends up in the bin. A terrible example of the industrialized food system inefficiency.

ANIMAL WELFARE: IF YOU CHOOSE MEAT, THEN DO IT PROPERLY!
Meat consumption, including its production, present several issues: from the preventive use of antibiotics, to animal suffering in mass production and the monopole over agricultural land for feed production. However, meat and its production can also be part of an environmentally friendly farming system, a rich food culture and a balanced diet. Slow Food believes that the most reasonable approach does not necessarily require entirely giving up meat, but rather a moderate consumption of good meat, coming from transparent and sustainable farming. First and foremost, meat consumption must go hand in hand with animal welfare. Intensive livestock farming is out of the question for ethical and environmental reasons. This year Dr. Rupert Ebner, Slow Food Germany treasurer, veterinary and environmental officer for the city of Ingolstadt, has participated in several panel discussions where he has strongly advocated animal welfare, including the international conference “Artgerechtes München”. 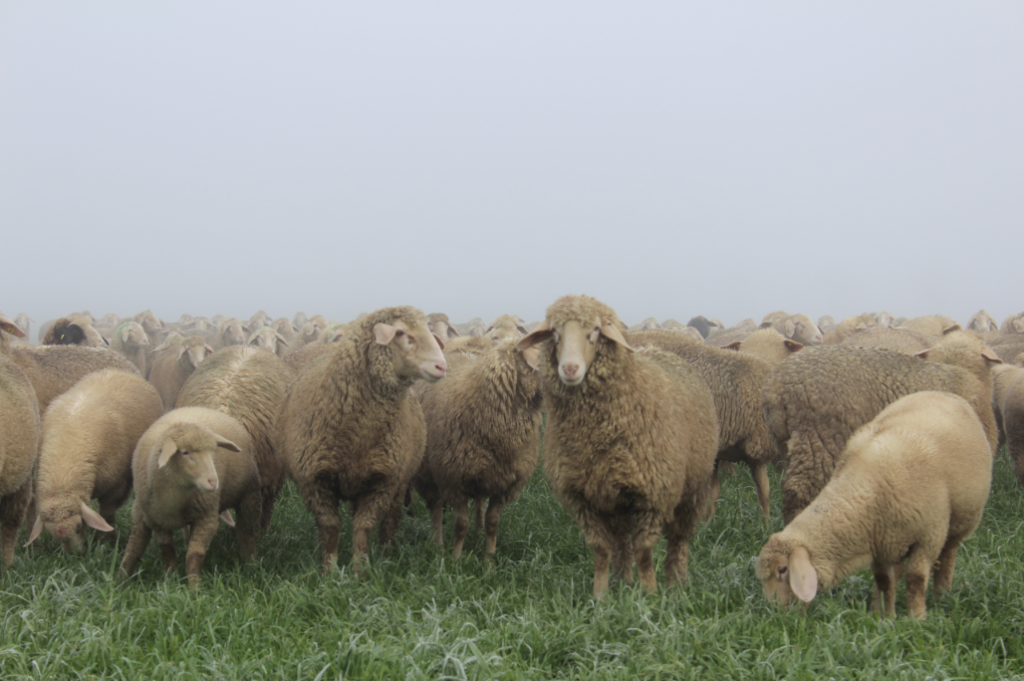 AN ALTERNATIVE IS POSSIBLE!
With the slogan “Zu gut für die Tonne” (Too good for the bin), Slow Food Germany – in cooperation with the State Ministry for Food and Agriculture – has been organizing action days on food waste in several cities since 2013. In addition to offering practical tips to consumers, the events also take a look at the connections in the entire food chain. All these days begin with a visit to food producers who cannot sell all harvested products because – among other reasons – they do not comply with aesthetical standards such as size or consistency. The “rejects” collected by participants during the morning tour are then cooked the following day at a public cooking event and turned into a delicious dish, which will convince visitors of the good taste of these disdained food products.

During the shared meal at a public space, table talks are held with experts who provide information on issues such as the consequences of not valuing food, and offer suggestions on sustainable shopping. In November this year, the “Zu gut für die Tonne” action day in Koblenz focused for the first time on meat. During a visit to a transhumant shepherd and a goat farm in the Vulkaneifel area, the mixed group of visitors had the chance to discover good examples of meat production, which harmoniously coexist with the surrounding environment. Here animals are treated with great respect until their last day. This is not only good for them, but also helps to obtain high quality meat and milk products.

Transhumant sheep farming is a great example of complementarity between livestock farming and nature. Not only do sheep live in a resource-friendly manner, but they also contribute to the preservation of the grassland where they graze, and to the safeguard of biodiversity. However, only a few transhumant shepherds remain, as this job offers little income and only a few young people choose it out of passions – certainly not for the money. You can find pictured of the visit to the sheep

THE SLOW FOOD TRIPE TALKS
In 2014 Slow Food Germany launched a series of events called Slow-Food-Kuttelgespräche: the tripe talks. Tripe here stands for offal, and therefore the full slaughtered animal. During a shared cooking event, experts discuss the meaning of good meat and sustainable consumption. On December 10th 2015, on the Terra Madre Day, the third edition of this initiative will take place in Würzburg. Discussions will focus on the breeding, management and feeding of livestock, slaughtering and meat processing. At the end of the event, a meal with products from the Ark of Taste, such as Rhön sheep, will be served.