Following the first edition in 2014, this year Slow Meat will become an international event. From June 4-6 in Denver, Colorado, Slow Food USA will seek to explain how lowering the quantity of the meat we eat is necessary to improve the quality… 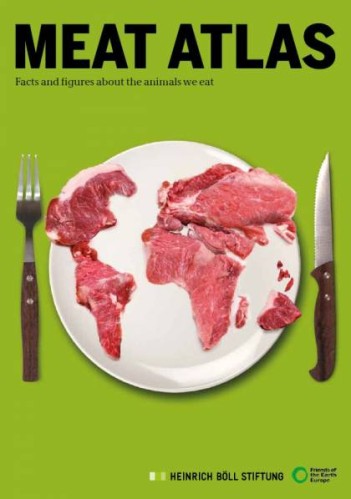 The fact that an event entitled Slow Meat will take place in the United States, and that the USA has assumed a key role in an international campaign aimed at fighting to lower one of the most damaging commodities in the world is no coincidence. In fact the United States tops the list as the world’s largest meat consumer. The numbers and names are clear. According to Meat Atlas, an important report published last year by Friends of the Earth Europe, four of the world’s ten largest meat producers are found in the United States: Cargill, Tyson Foods, Smithfield Foods and Hormel Foods. Three – BRF, JBS and Marfrig – are located in Brazil; Vion and Danish Crown AmbA are in Europe, while Nippon Meat Packers is based in Japan.

The USA is also in first place when it comes to the number of animals slaughtered. According to statistics from 2011, it holds third place for bovine slaughter (behind China and Brazil, but ahead of India, with 35,108,100 animals killed) second place for pork (slaughtering more than 110 million animals, second only to China) and poultry (with over 8 billion animals slaughtered, again, second only to China). In terms of consumption, they hold first place in regard to beef and poultry, and third for pork.

Recently, the U.S. Department of Agriculture (USDA) and the Department of Health and Human Services (HHS) have jointly published an interesting scientific paper, Scientific Report of the 2015 Dietary Guidelines Advisory Committee. This highlights the effects of an unbalanced diet on human health and makes recommendations for a new dietary program. The dietary guidelines with beneficial effects on health are described as being “high in vegetables, fruits, low-fat dairy products, whole grains, poultry, fish, and nuts”, and “low in sweets, sugar-sweetened beverages, and reduced in (or lower in) red and processed meats”.

Just as Slow Food has been saying, a diet high in meat is simply unsustainable. In fact, limiting meat consumption benefits the planet, our health and animal welfare, which in the present system have been reduced to mere machines and goods, and are continuously being forced to bear the burden of our obsession with meat. It is possible to change the system, starting with individual choices that lead us to eat less meat of a higher quality. 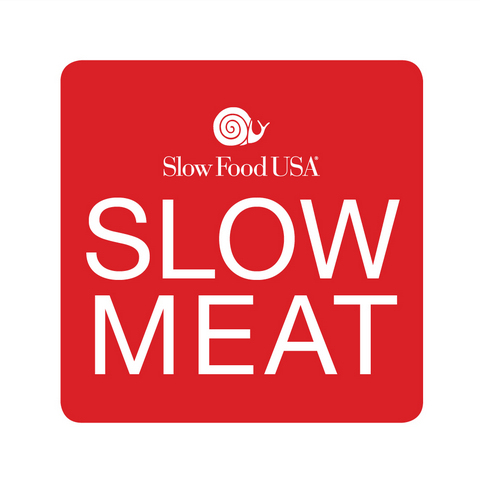 The guidelines put forth by the Slow Meat event and campaign will help consumers to make concrete changes. You could join the “Meatless Monday” initiative, for example, which provides an opportunity to explore vegetarian dishes and recipes; or learn to use the entire animal (“Nose-To-Tail”), taking into consideration all the different alternative cuts which are often undervalued, thereby showing our respect not only for the animals but also for those who raise them and bring them to our plates.

There are many useful and valuable tips that can help us to reduce our impact on the environment and on livestock. The Slow Meat campaign is set to become a great international initiative, supported by Slow Food in many countries with campaigns, designed together with chefs, aimed at raising awareness among consumers.

We would like to close with the words of Jonathan Safran Foer, vegetarian and author of the bestseller, Eating Animals: “We need to move away from the dichotomy of carnivore and vegetarian, and move toward a language that encourages people to act on the concerns they already have. If Americans gave up one serving of meat a week—say, Wednesday lunch—it would be the equivalent of taking five million cars off the road. So let’s start with those five million cars.”

Follow the Slow Meat campaign on this website or come to Slow Food USA’s event in Denver.