The climate is changing; food and agriculture must too. This was the main message UN Food and Agricultural Organization (FAO) chose to transmit as they honored the global World Food Day 2016 at the FAO Headquarters in Rome.

World Food Day, celebrated annually on October 16th, the day that FAO was founded in 1945, was initiated to increase public awareness of issues relating to world hunger, underline the importance of helping rural communities and create an international solidarity network in the war against hunger and poverty. On this World Food Day, FAO called attention to the profound and intrinsic relationship between the food industry and climate change, taking the Paris Agreement as a signal that:

“the international community is now committed to making transformative and sustainable changes in the face of an unprecedented challenge: ending hunger and poverty while addressing the impacts of climate change.”

In acknowledging this challenge, and the necessity for immediate and concrete action to limit the impact of climate change on food security in already food-insecure regions, it is essential that the discussion focuses on what strategies will bring about the most positive impacts.

Farmers, fishers and pastoralists are hit hard by rising temperatures and the increasing frequency of weather-related disasters. By 2030, the negative impacts of climate change will put an increasing squeeze on food production as the essential nutritional values of crops, such as of zinc, iron and protein, will diminish. Furthermore, as emphasized by FAO, the impacts of climate change are more strongly observed in rural communities, where there is a higher dependency on agriculture both as a source of income and for sustenance. The negative effects of the West’s dependence on imported foods are clear for all to see, the transport costs of which contribute significantly to carbon emissions. It is imperative that this dependence is reduced, and indeed, that nutritionally self-sustaining communities remain so. 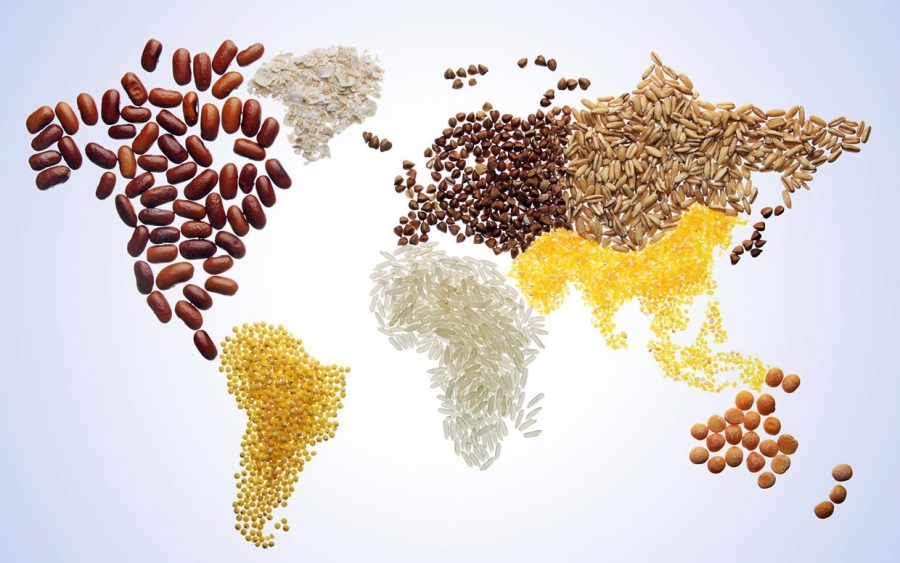 Slow Food encourages everyone, around the world, to grow their own food where possible, and to support their local farmers. Of course, in order to grow food, we need soil—and we need to face up to the crisis of soil degradation which affects farmers across the globe. At World Soil Day in 2014, Maria-Helena Semedo, Deputy Director General of FAO, warned that a third of the world’s soil was already degraded, and that current rates of degradation continued we might have no top soil left within 60 years. This crisis is especially felt in drier areas of the world, and exacerbated by rising temperatures (each of the first eight months of 2016 has been the hottest ever recorded month since records began). We need wide-ranging and immediate initiatives to protect our soil (such as People4Soil, which demands that the European Union recognize soil as a common good), based on agroecological methods. Short-term solutions which pump the soil with chemical fertilizers are widely practiced, but in the long-run they spell disaster for our planet. The FAO report itself states: “Diversification and better integration of food production systems into complex ecological processes create synergies with the natural habitat instead of depleting natural resources. Agroecology and sustainable intensification are examples of approaches that improve yields and build resilience through practices such as green manuring, nitrogen-fixing cover crops and sustainable soil management, and integration with agroforestry and animal production.”

While the battle against climate change is clearly related to developments in the food industry—from its production and transportation to the energy required to deal with the obscene amounts of food waste we produce—one of the major sources of carbon emissions, the livestock industry, is barely mentioned in the FAO report. Back in 2013, FAO’s “Tackling Climate Change Through Livestock” report acknowledged that 14.5% of all greenhouse gas emissions globally came from the livestock industry. Today, in the 2016 State of Food and Agriculture Report, agriculture as a whole is said to account for “at least one-fifth of total emissions”, so we may infer that the vast majority, perhaps as much as three-quarters, of our agricultural greenhouse gas emissions are related to the livestock industry. As such, eating less meat and more pulses is a necessity for our future, and public support for industrialized meat production must be stopped.

FAO also spoke in its report of the need for a “Climate-Smart” approach, which “aims to tackle three main objectives: sustainably increasing agricultural productivity and incomes; adapting and building resilience to climate change; and reducing and/or removing greenhouse gas emissions, where possible.” As positive as this may sound, it is at odds with the reality of FAO policy, which we may note by the conspicuous absence of several major threats to global food security in the 194-page report. Firstly, land grabs are mentioned just once, and in the context of the European Union! Independent observatory the Land Matrix has recorded the sale of 2% of the world’s arable land to private investors since the year 2000, an area larger than the United Kingdom. Where once-pastoral lands are converted for intensive monocultural crop production, this also contributes to climate change. 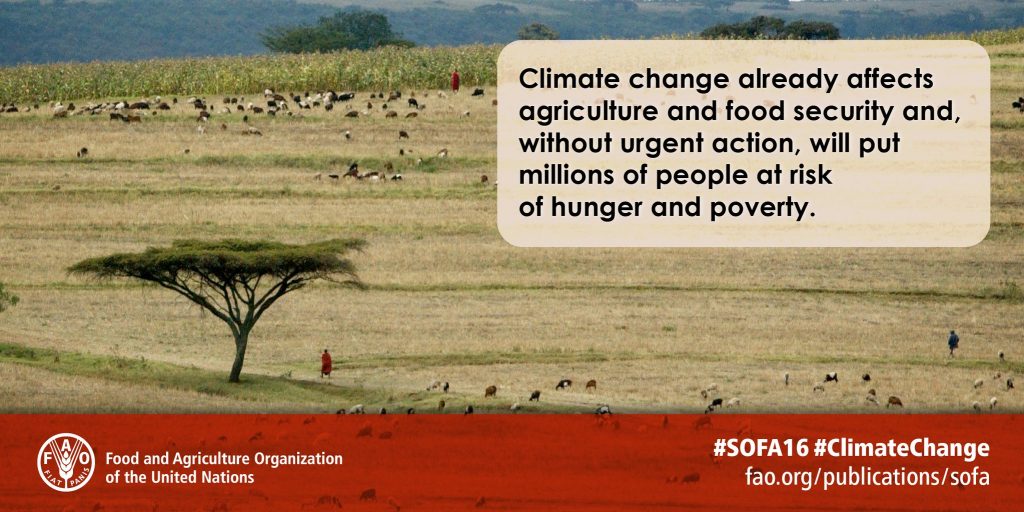 Finally, given the ongoing debate on GMOs, the FAO report’s silence on the matter is deafening. Were GMOs unequivocally considered an instrument in the fight against climate change, Slow Food would expect the report to say so. Yet the report does not mention GMOs once. Beyond questions of safety, the threat to food security comes from the simple fact that GMOs are patented, and there increasing use is inextricably linked to corporate control of the food chain. Patenting genetic material has shifted the balance of economic power from farmers towards big business in their aggressive pursuit of profit, as small-scale farmers are forced to become customers of GM seeds every new season. If FAO is serious in its commitment to supporting smallholder farmers, which would seem evident in the fact that the first of the “Key Messages” in the report’s third chapter is: “Global poverty cannot be eradicated without strengthening the resilience of smallholder agriculture to climate change impacts”, then surely we must reduce the dependence of these smallholder farmers on patented GM seeds?
The theme of climate change for this year’s World Food Day is appropriate as it precedes the next UN Climate Change Conference, COP 22, which will be held from November 7-18, 2016 in Marrakech, Morocco. FAO calls on countries to invest more in rural development and to talk about food and agriculture in their climate change action plans. Though this is a good start, and Slow Food welcomes the initiative, there is much more to be done. The only way to reduce food-related greenhouse gas emissions is to adapt to an agroecological approach, and end support for industrialized agriculture and the globalized export markets. On this World Food Day, Slow Food voices its belief that good, clean and fair food for all is a human right, and that corporate control of the food system has led to hunger, poverty, and climate change. By acting locally, and supporting small-scale agriculture, we can make a difference globally.