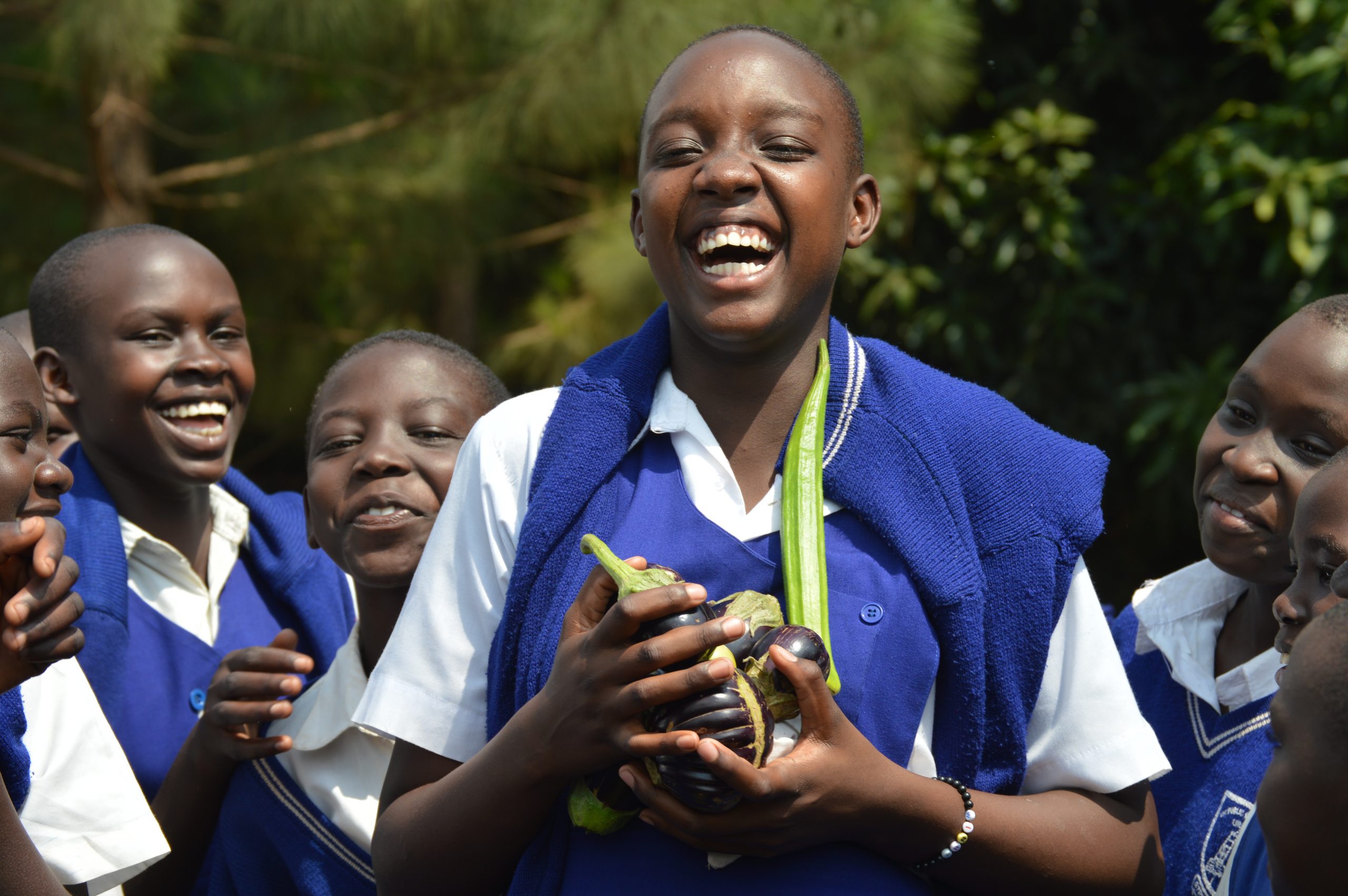 Since 2015 Slow Food Uganda has been gradually growing with a range of activities greatly impacting the communities toward biodiversity conservation, food education, and advocacy.

“We have focused more on building a strong Movement in Uganda and a well-consolidated network. This has been the number one priority, thanks to the support of the Slow Food Foundation and other friends and supporters who have walked with us till this far. I also wish to extend my gratitude on behalf of the entire network to the many volunteers and team members who have made Slow Food Uganda a strong Food sovereignty movement in Uganda. We are still committed to preserving Biodiversity, the rich Ugandan food heritage as well as working towards the food sovereignty of all our food communities and members throughout the country,” The Executive Director Mr. Mukiibi Edie said.

How it all began

The network had been loosely operating since 2006 while conducting activities that aimed at raising awareness on the creation of good, clean, fair food. However, the organization was officially registered in 2015 as a legal entity in Uganda. It was on 27th November 2015, five years ago when Dr. Beatrice Akello the Director of Mukono Zonal Agriculture Research and Development Institute (MUZARDI) then officially launched Slow Food Uganda into legal operations during the first General Meeting.

Since then, Slow Food Uganda has been gradually growing with a range of activities that are greatly impacting the communities towards the Slow Food strategic direction of biodiversity conservation, food education, and advocacy. Committed to fighting for more holistic food policies and agriculture that protects the planet, the future of traditional foods and traditional food systems, as well as small-scale farmers who are significant in biodiversity conservation.

The Association has since then grown with hundreds of members including 81 registered Food Communities from all regions of Uganda that form the national Slow Food Network. The key element to this success is the great work done by a vast network of volunteers and activists who are working with the enthusiastic team of staff members towards reaching the organization’s objective. Slow Food Uganda exists because its network of volunteers, activists, and employees is driven by a strong idealism that brings everyone together to reach its objectives. 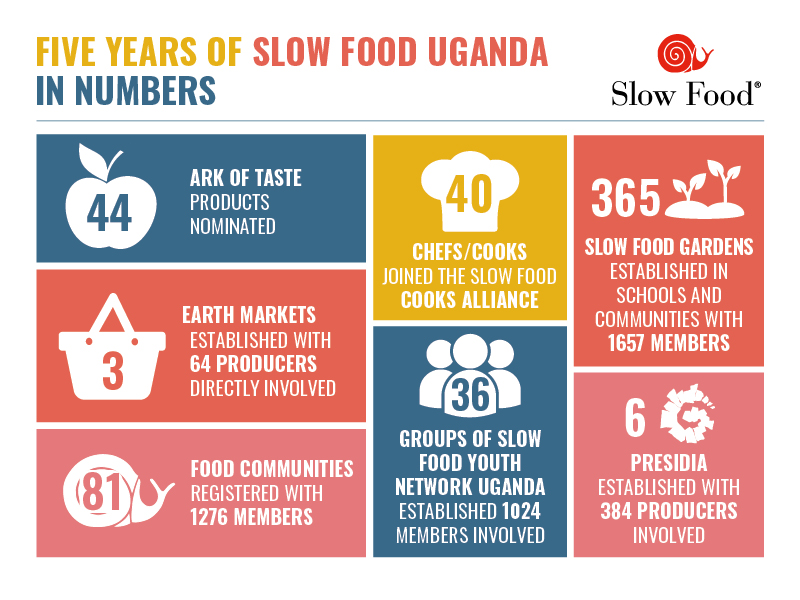 Slow Food Uganda’s Work on biodiversity is necessary for every region of the country, and it is particularly urgent in some areas where the erosion of food biodiversity and culture is particularly severe. Without support and development, these products are at risk of disappearing completely within a generation.

The establishment of Slow Food Uganda proved a position closed with Slow Food’s commitment to work towards saving the food products at risk of extinction through the Ark of Taste Project. Through cataloging of endangered products, Slow Food Uganda has been able to nominate 44 endangered heritage foods including animal breeds, fruits, tubers, vegetables, and more that belong to the culture, history, and traditions of communities throughout the country, before they disappear. Besides nominating products, communities are sensitized and invited to take action by rediscovering products and supporting small scale farmers who are centered on the protection of these endangered food products. 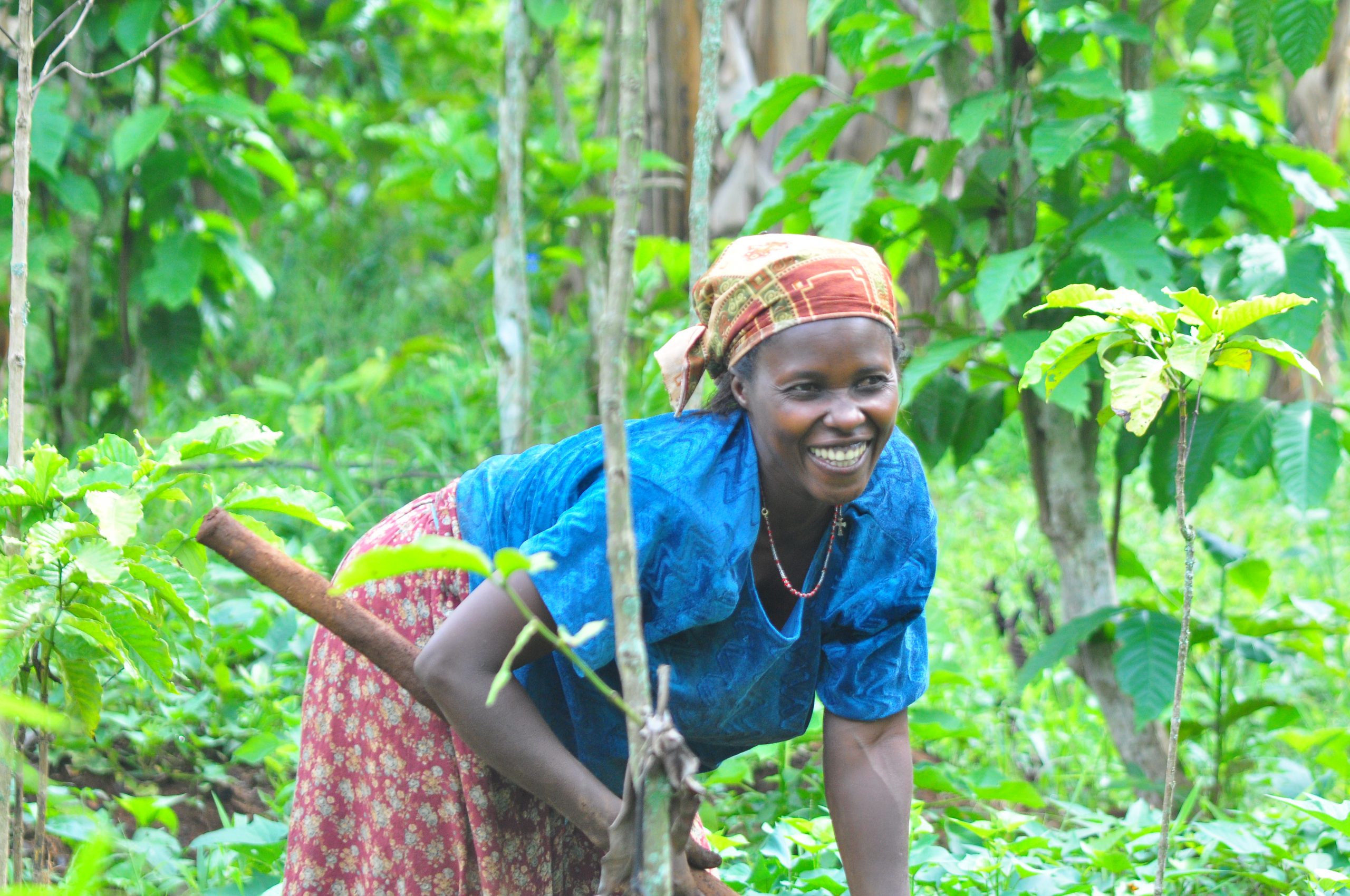 Creating the Slow Food gardens does not only mean producing fresh, healthy, local food, but it also means constructing a network of food leaders. Through the Slow Food Gardens project, Slow Food Uganda is consolidating a network of thousands of farmers, students, teachers, and experts throughout the entire country. Slow Food Uganda has so far created 365 gardens with approximately 1657 people involved and conducted numerous training initiatives on Biodiversity, Agroecology, Nutrition, and Climate Change.

The garden project is fundamental to the strengthening of Slow Food Uganda’s network and allows for the building of consolidated food communities, the identification and saving of local products, the establishment of Presidia and Earth Markets.

As a way of uniting our members, Slow Food Uganda established Food Communities which are groups of people who share the same values. A total of 81 Food communities have been Registered and recognized with over 1200 members. The Food Communities are emerging people who are contributing to the movement embracing and supporting the food system in harmony with human dignity, social justice, and respect for the environment and all living beings. In this, the major aim has always been increasing the adoption of more sustainable and eco-friendly diets and consumption partners as well as working to change current policies and the food production model by promoting the transition to diversified agroecological food production. This is done by involving people through registered food communities so as to ensure everyone has access to good clean and fair food through an umbrella (food community). 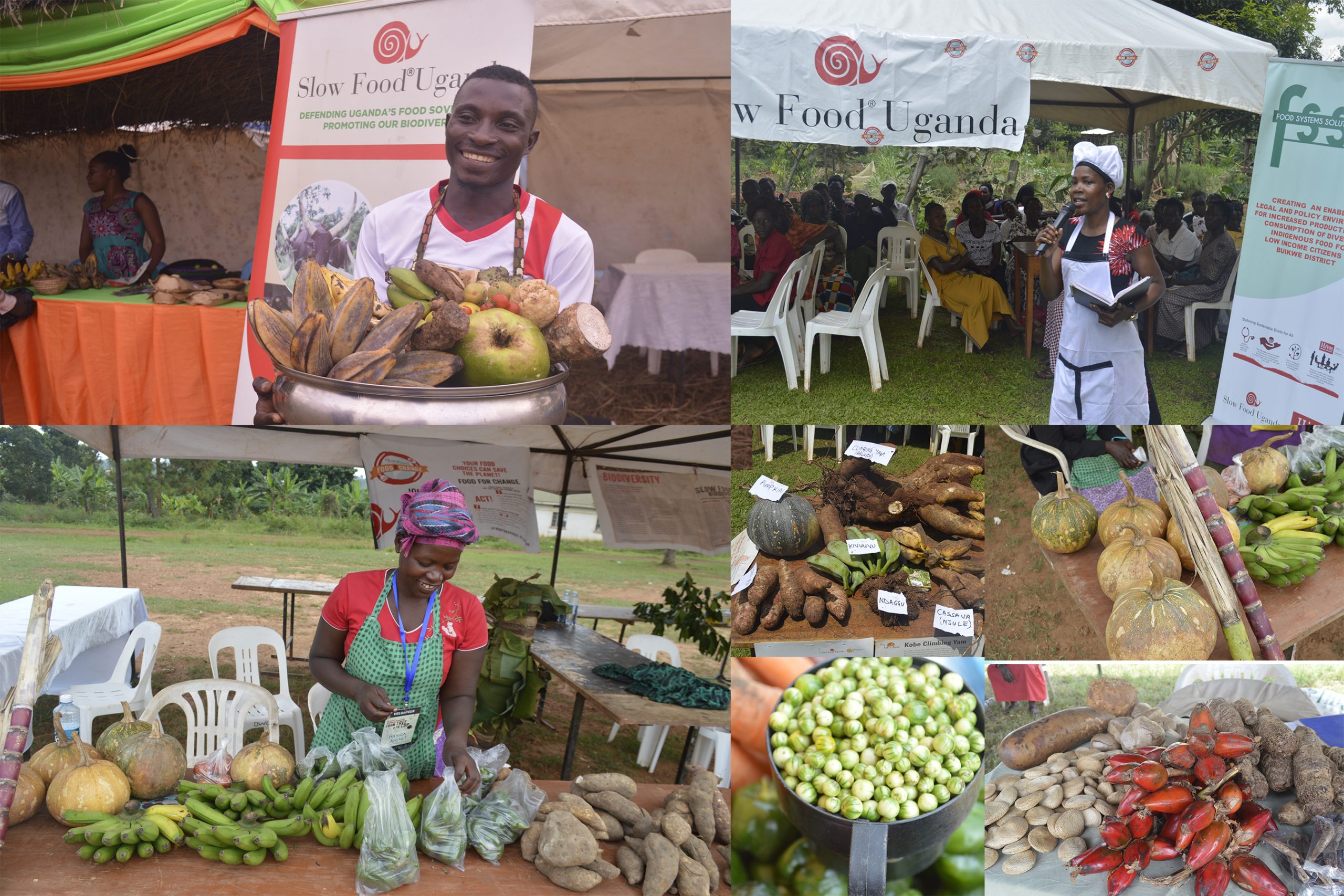 A total of six Presidia were established and launched to safeguard artisanal food products, native breeds, plant varieties, traditional farming and fishing techniques, ecosystems, and rural landscapes at risk of extinction. These include; The Bugonya Kayinja Plantain, Ankole Long-Horned Cattle, Bukunja Climbing Yams, Luwero Kisansa Coffee, Mount Elgon Nyasaland Coffee, and the Teso Kyere Finger Millet Varieties presidium. These presidia involve communities of small-scale producers who are working together and decide together on production rules and how to promote their products. They preserve ancient knowledge, promote sustainable practices, and add value to their local areas. They are concrete and virtuous examples of sustainable agriculture, based on quality, animal welfare, sustainability, and respect for the environment, close links to the local area, and consumer health and pleasure.

Slow Food Uganda has been organizing events with the aim of communicating Slow Food’s principles and themes to a wider public and educating the masses about the cultivation, preparation, and appreciation of good, clean, and fair food. Also running awareness-raising campaigns in favor of local food, against land grabbing, and against unfavorable government policies like the introduction of the Biosafety and Biotechnology bill which was aimed at promoting Genetically Modified Organisms (GMOs). Many campaigns have been conducted together with the local and international partners and this has led the organization to realize achievements from the campaigns conducted. 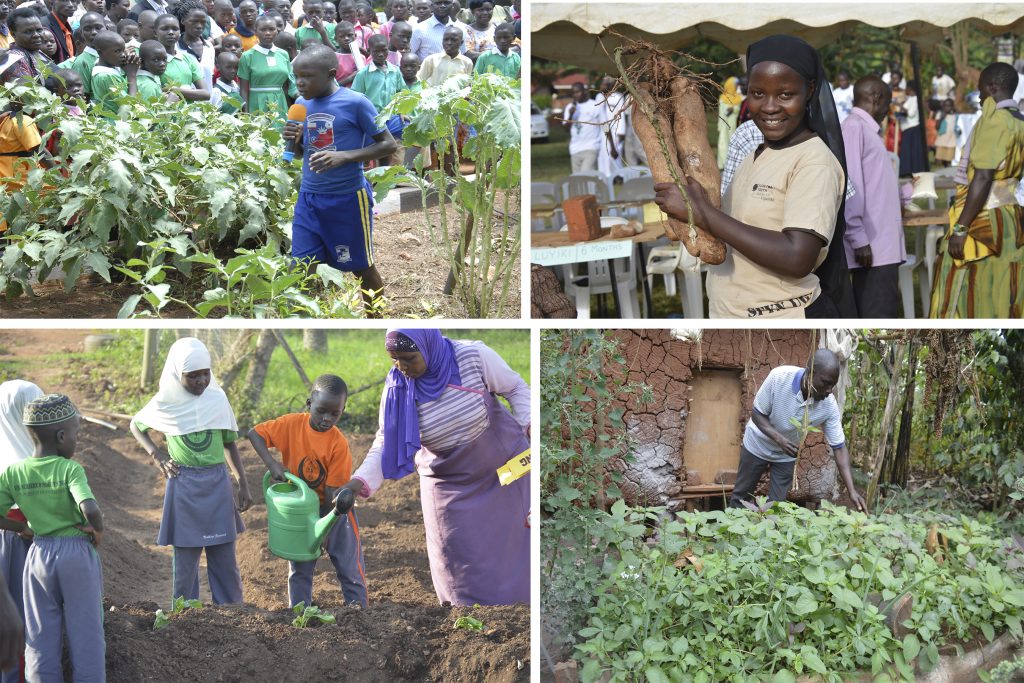 The Slow Food Uganda team has had a number of projects implemented and most of them were supported by the partners. These projects have been significant in promoting Food and Nutrition, Indigenous peoples, Agroecology, and improving the livelihoods of the communities. Some of the projects that have been implemented are the Uganda project funded by Bank Intesa San Paolo, the Food Systems Solution Platform project funded by Hivos, Building Economies of East Africa through Agroecology funded by Agroecology Fund, and other small projects funded by partners through the Slow Food Foundation for Biodiversity. Slow Food Uganda has also conducted Student exchange programs with the University of Gastronomic Sciences in Bra, Italy. We have also helped young people further their education at the same University.

Slow Food Uganda has also been able to host a number of local and international interns, some of whom were looking for job experience while others were doing it as part of completing their University degrees. 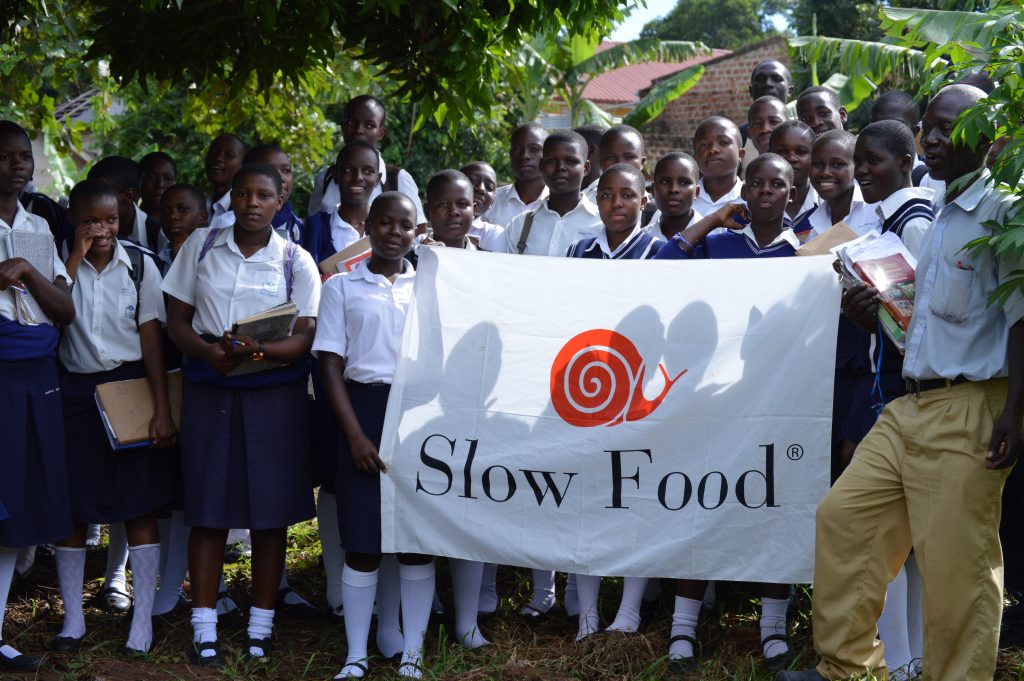 SFYN-Uganda has since been uniting groups of youths to become active members of Slow Food from all the regions of the country. The local groups have been mobilized to independently create local and engaging events aimed at raising awareness about food issues and providing means to take action. SFYN is promoting cooperation between the local groups, facilitates the exchange of knowledge and ideas, and campaigns through activities like the Youth Academy, Disco Soup events, and other Food Education activities. To date, SFYN has registered thousands of members from 36 youth groups in Uganda.

We wish to celebrate our Cooks in the Slow Food Uganda Cooks’ Alliance who we consider the worlds’ most important people that are responsible for discovering, transforming, and giving food meaning.  Slow Food Uganda cooks alliance in Uganda is one of the pioneer initiatives of Slow Food Uganda that have brought Uganda’s cooks together to help build their capacities in preparation, presentation, and promotion of our indigenous foods and link them to networks to better their operations.

Our alliance is working tirelessly to maintain the traditional and indigenous foods on dining tables in the urban areas while supporting the economic success of the small-scale farmers in the rural settlements.  For the past five years, we have succeeded in connecting cooks from all regions of the country and formed a collaboration with strong stockholders in the tourism, hospitality, education, and research sectors to help strengthen the alliance. Our members in the Cooks’ Alliance share the Slow Food belief that food is tied to many other aspects of life, which include culture, politics, agriculture, and the environment.

Through our food choices, we can collectively influence how food is cultivated, produced, and distributed to change the world as a result. 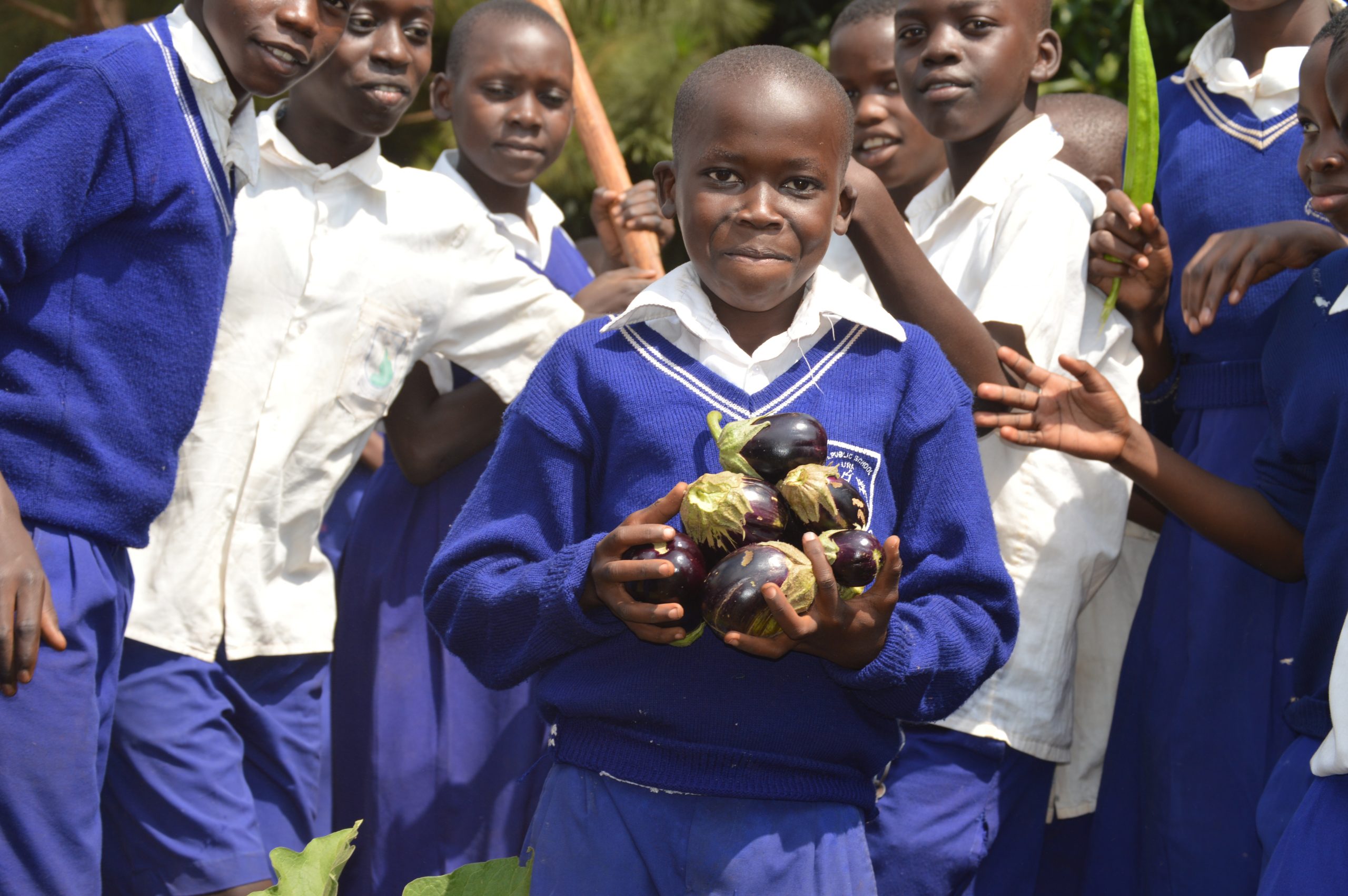 Slow Food Uganda is part of Slow Food International, a global, grassroots organization, founded in 1989 to prevent the disappearance of local food cultures and traditions, counteract the rise of fast life and combat people’s dwindling interest in the food they eat, where it comes from and how our food choices affect the world around us.

Since its beginnings, Slow Food has grown into a global movement involving millions of people in over 160 countries, working to ensure everyone has access to good, clean and fair food.

These communities share the association’s principles and cultivate common interests, starting with food production and consumption systems and promoting ways of life that respect all people and the social, cultural, and environmental contexts in which they live and work. In Uganda, Sow Food has been active since 2006 working on projects like; the food communities, presidia, 10,000 gardens and empowering regional coordinators in order to promote the right to good, clean, and fair food for everyone at all times.

Slow Food believes food is tied to many other aspects of life, including culture, politics, agriculture and the environment. Through our food choices, we can collectively influence how food is cultivated, produced and distributed, and change the world as a result.