It was a year ago, during the Anishinaabeg Makoonsi-Giisis (Bear Cub Moon), aka February, that the Slow Food Turtle Island Association was officially and historically formed in Taos, New Mexico. Our Turtle Island Association of Slow Food International is aligned with the Slow Food ethos to promote good, clean, fair food for all with a focus on the First Foods of the Native Peoples of Turtle Island (Canada, US, Mexico, including Hawaii). We aim to address food issues for our communities, including health and well-being, land use and farming, food policy, and the protection and revitalization of rare, heirloom food varieties, including the traditional knowledge and practices related to them. 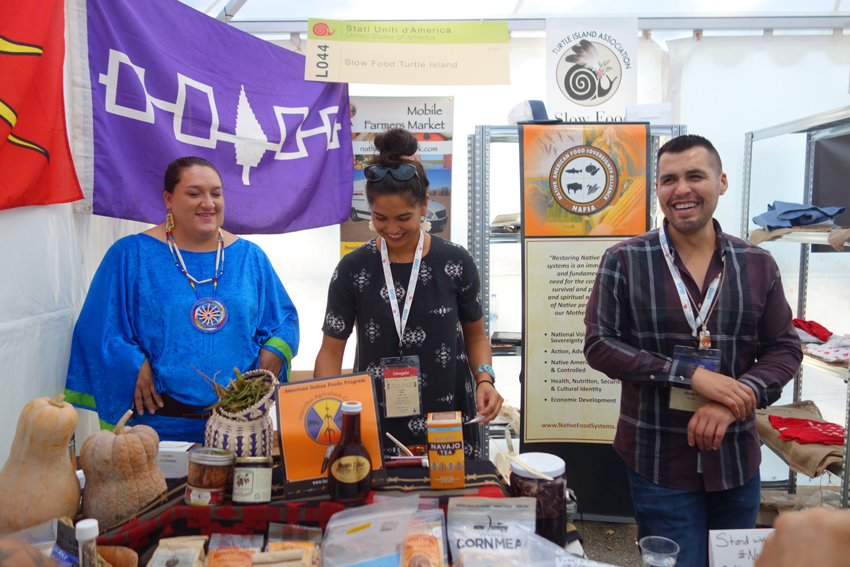 This new association has grown out of a decade-long process of collaboration between Native American farmers, food producers, chefs, and advocates with Slow Food International, Slow Food USA, and the wider Terra Madre network. Many of us had traveled to Italy to share the knowledge of the Presidia Anishinaabeg manoomin (wild rice), Navajo churro sheep and the Ark of Taste products such as the Iroquois White corn, Okanagan salmon, and many other Native American traditional foods and issues. One of our committed leaders, Winona LaDuke, since the beginning advocated for Native food issues with Slow Food getting our sacred wild rice on the Ark of Taste and the Presidia opening right after they were formed. Some of us had been a part of other Slow Food projects and the Cultural Conservancy produced the Native American Food Pavilion at the first Slow Food Nation in San Francisco in 2008. 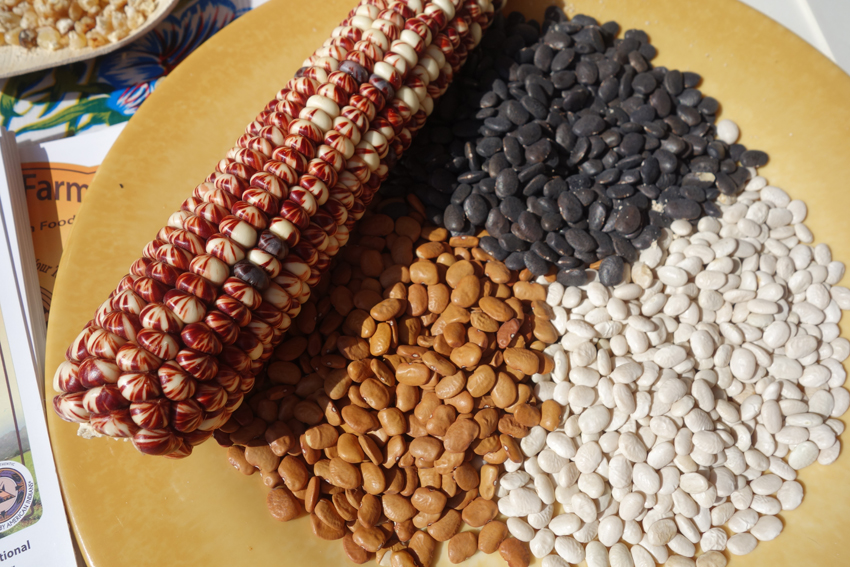 Today, a year later, our association is growing and developing as a key player in the national and international food sovereignty movements. Many of us participated in Terra Madre 2016 in Turin, Italy, where we showcased our foods and issues at our Turtle Island Association booth and many spoke on panels, workshops, and did cultural demonstrations and chef’s tastings. Today our members are involved in many exciting projects to safeguard the sanctity of our native foods and cultural practices.

In addition to growing our association with strategic planning meetings, we are currently planning our participation in Slow Food Nations in Denver, Colorado in July, 2017, where we will showcase our foods at a Pavilion with chef tastings, information, and presentations. We are also involved with the Indigenous Terra Madre (ITM) network and are interested in having a significant role in the next ITM conference. With invitations from Italy, we look forward to continuing to help “indigenize” the Slow Food movement, and with alliances with our networks and partners, we continue to protect and renew our relationships with our traditional foods and native lands.

Meat the Change with Ark of Taste Pumpkin Risotto

The Slow Food defense of traditional animal agriculture begins with the premise that one should consume better meat, but less of it in our weekly diet.  This healthy tension between “better and less” meat stands precisely upon the land we — as a movement — inhabit. Yes, we believe that when more animals are on …

As a joyful celebration of nature, the United Nations (UN) declared 2020 as the year of plant health. “The Food and Agriculture Organization (FAO) today launched the United Nations’ International Year of Plant Health (IYPH) for 2020, which aims to raise global awareness on how protecting plant health can help end hunger, reduce poverty, protect …

More than a movie set: a delectable gastronomic scene

The city of Dubrovnik is known for many reasons, especially its incredible architecture. But this is only a small part of what it can offer. Its gastronomic heritage is equally impressive. It is, in fact, one of the most fruitful actors for tourism in the city. This fortified city has a lot to offer in …

MEAT THE CHANGE: We have to go Slow with meat!

For the Slow Food network, the new year brings the Meat the Change campaign, which helps explain the impact of meat consumption and factory farms on climate change, starting with a fun quiz to inspire us to reflect on our daily habits.  The climate crisis is one of the great challenges of our generation. Governments …