The writer Pedrag Matvejević died yesterday in Zagreb, Croatia, aged 84. He lived for many years in Italy, where he had been professor of Slavic Studies at the University of Sapienza in Rome. Of his works, the most important are probably the Epistolario dell’altra Europa – a collection of open letters in defense of human rights and, in particular, of persecuted dissident intellectuals from several countries in Eastern Europe – and the Mediterranean: A Cultural Landscape, which reconstructs the geopolitical history of the Mediterranean and the countries that surround it: regarded by critics as a “poetic essay”, a “prose poem”, a “logbook” or a “novel about places”, and has been translated into twenty languages.

Slow Food had the honor and pleasure of hosting Pedrag in an early edition of Salone del Gusto, and published some of his articles in our Italian-language membership magazine. Re-evaluating them now, we realize how relevant his thoughts on the Mediterranean sea still are. He said: “The Mediterranean came to modernity late. It has not seen secularism along all its coast. To conduct a critical examination of the facts, it must first free itself of a cumbersome weight. Each coast has its own contradictions, which continue to be reflected around the rest of the sea and even far beyond it. The idea of coexistence between multiethnic territories, where different religions and cultures intersect and blend together, has suffered a cruel setback. 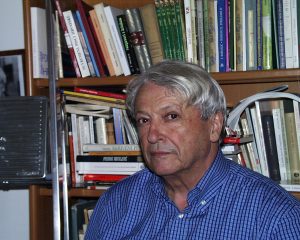 There is no single Mediterranean culture, but many,  each characterized by certain traits which may be more or less similar to its neighbors. The similarities are due to the proximity to a common space—the sea—and the meetings of nations and their forms of expression along its shores. The differences are marked by facts that arise from history, beliefs and customs. Neither is absolute or constant: sometimes the similarities prevail, and sometimes the differences. The rest is mythology.”