Slow Food Netherlands wants food to acquire a prominent position on the programs of political parties, ahead of the Dutch municipal elections in March 2022. 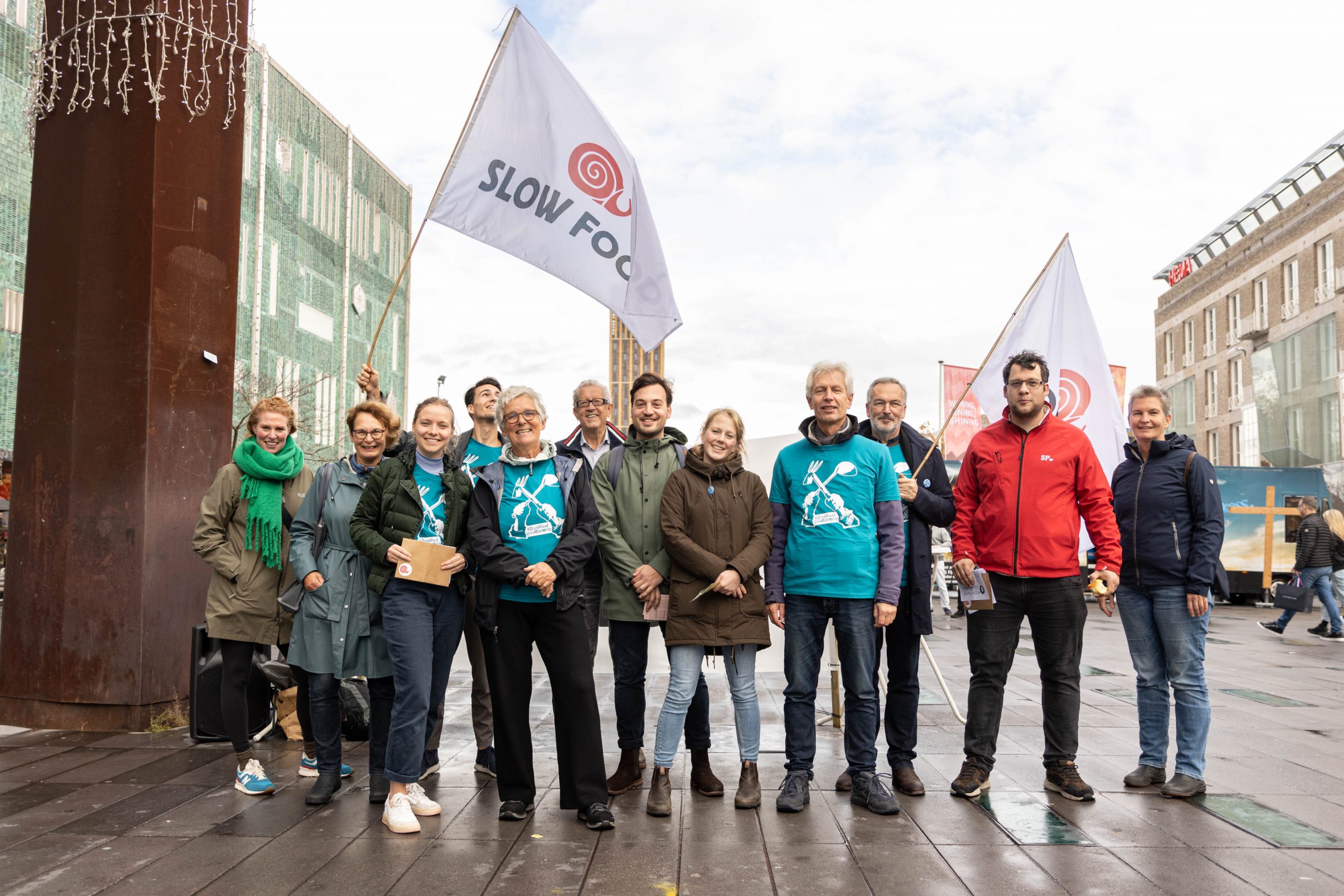 Slow Food Netherlands calls on all parties to become more ambitious when it comes to the theme of food. For this purpose, their political group has drafted a set of eight recommendations, which can be used by political parties in their election programs. Among other goals, Slow Food Netherlands wants municipalities to play a bigger role in ensuring healthy, sustainable, and local food for all, as well as bringing back the visibility of food throughout cities.

National Launch on October 30th, in the City of Eindhoven

The demonstration took place in the busiest square in town and invited local council members or campaigners to join. After the presentation, the leaders personally handed council members a copy of the recommendations, initiating a dialogue about food policy, while raising awareness about it among passing-by residents of the city. 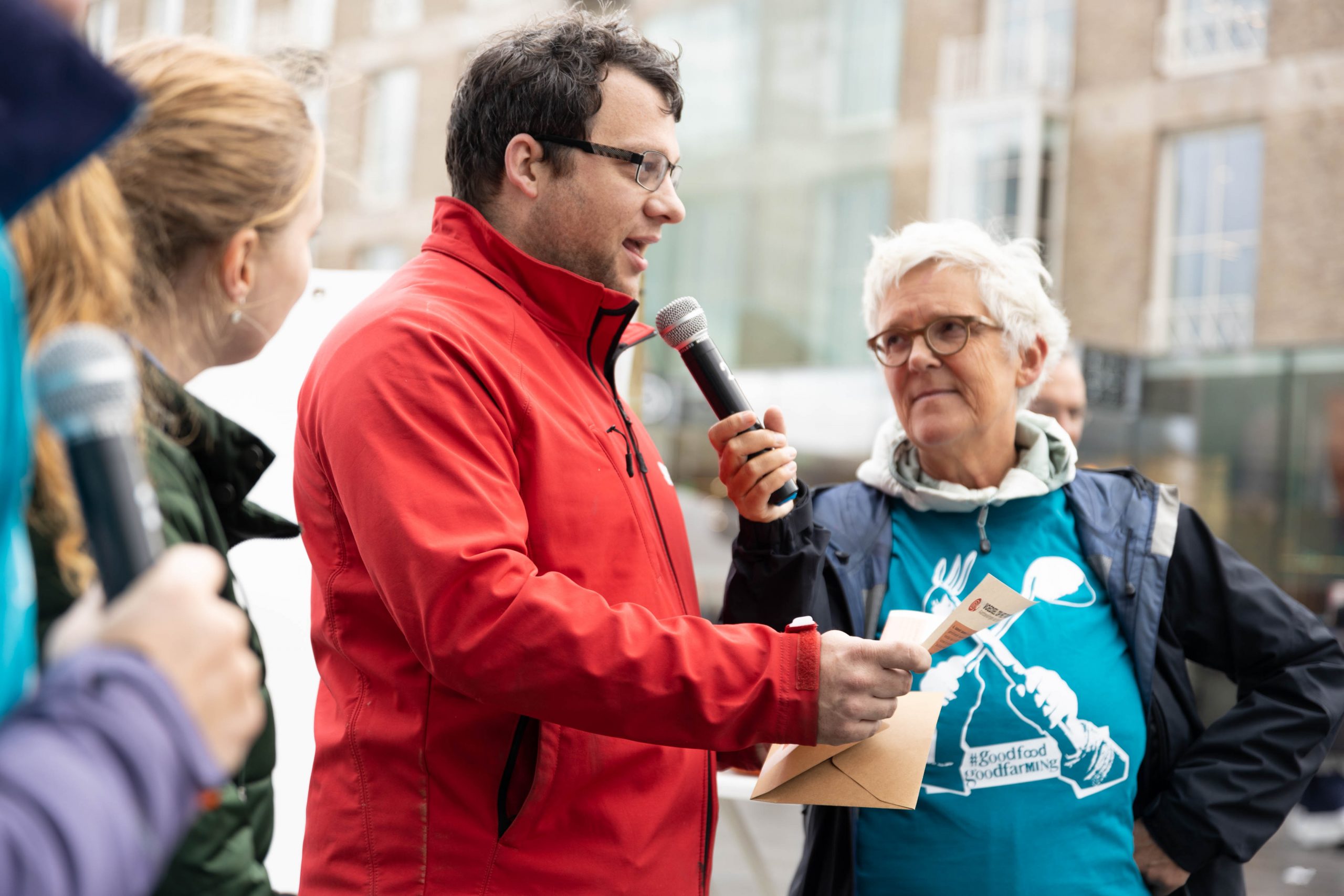 The demonstration was part of the Good Food Good Farming Action Days, for which many communities and individuals across Europe organised local actions, demanding food- and agricultural policies to improve in their countries. Slow Food Netherlands joined this campaign at a municipal level.

Recommendations Spread Across the Country

At the time of writing, Slow Food Netherlands’ recommendations are being spread across municipalities in the entire country, by mail and email, with a particular focus on those in which local Slow Food communities are active. By doing so, Slow Food Netherlands hopes to get the theme of food the prominent position it deserves in municipal political discussions. 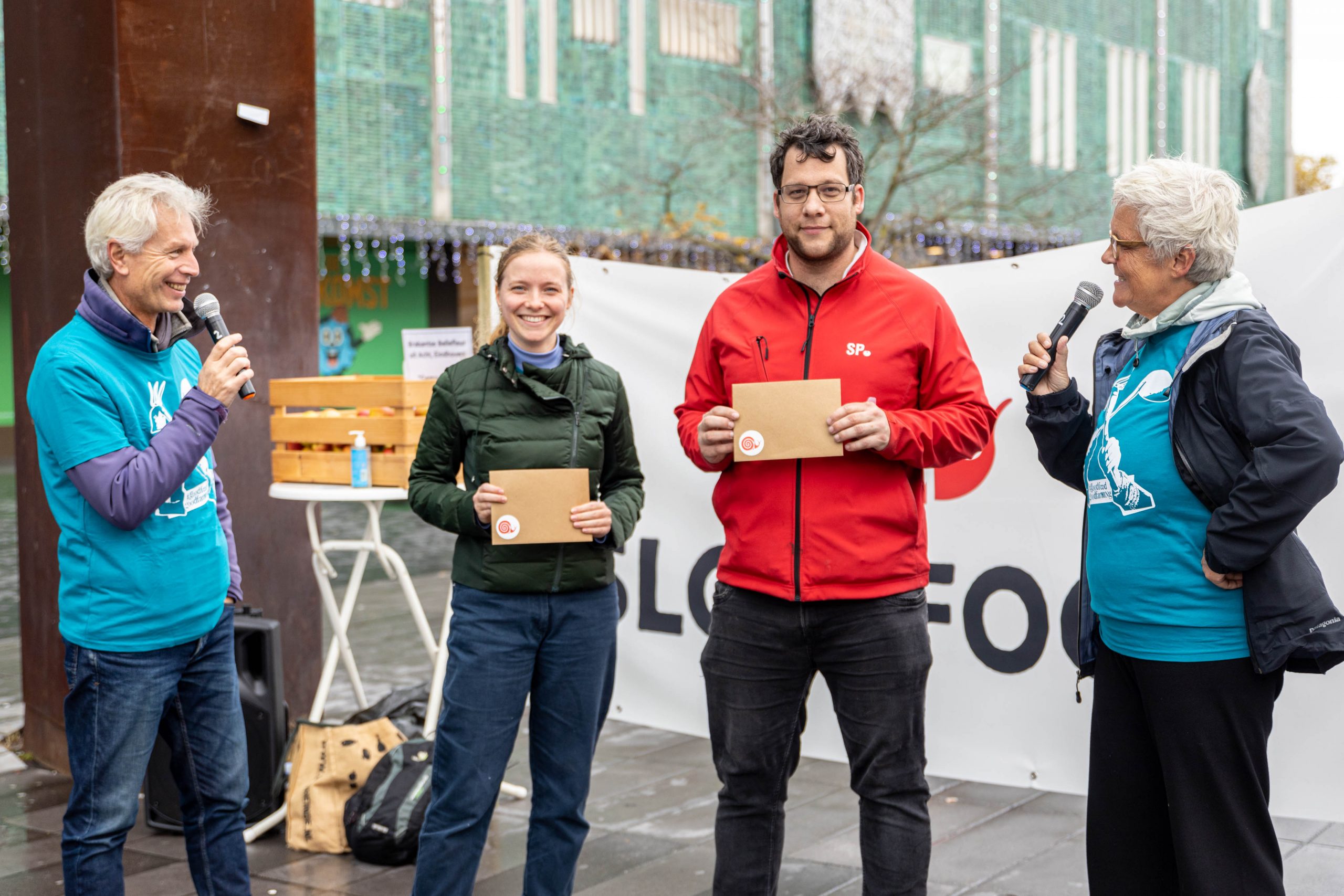 The recommendations can be found here: https://bit.ly/3EyBJst

You live in the Netherlands and you’re curious to know more about what Slow Food Netherlands is up to and how you can contribute? Have a look at their website !