Thousands of locals in Tokyo’s Shinjuku neighborhood have come together to revive a traditional chili pepper variety, Naito Togarashi, now the focus of a new Slow Food community. 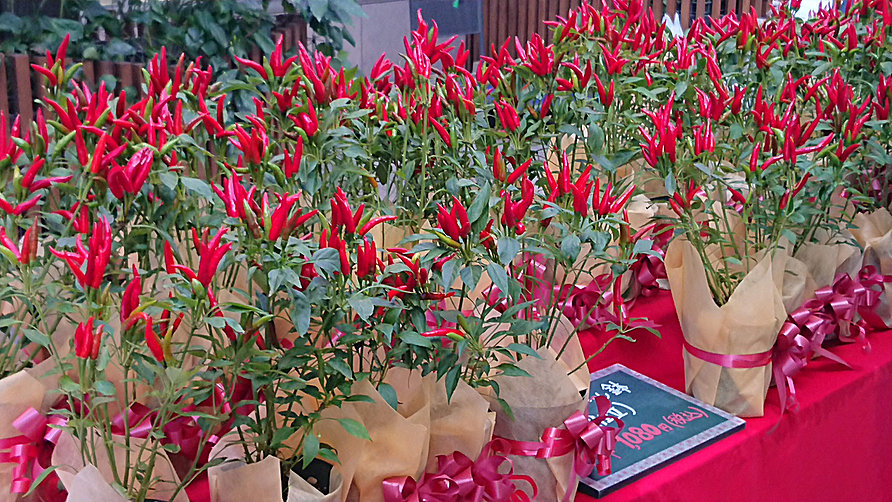 Japan’s Edo period (1603-1868) followed years of civil unrest in the country. Also known as the samurai era, it was marked by stability, peace and prosperity. Many people from all over Japan moved to the city of Edo (now Tokyo), leading to a rapid population rise. Economic growth also contributed to people choosing sweeter, softer white rice over brown, leading to many suffering from beriberi, a disease caused by a lack of the thiamine (vitamin B1) that is removed during the rice-polishing process.

Concerned about this situation and identifying a need for more locally grown fresh vegetables, the ruling Shogunate ordered plots of land to be prepared around the city and brought in farmers to cultivated them. Feudal lords were obliged to come and stay in Edo every other year, and they would bring seeds from their local areas, which were then grown in the fields around the city. The seeds that flourished in Edo’s soil and climate, adapting to the local environment, became traditional varieties known as “Edo-Tokyo vegetables.” 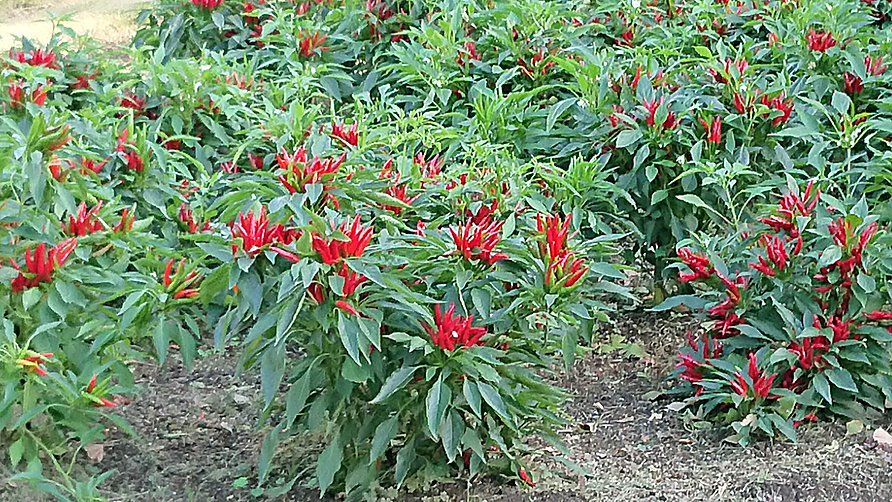 Once it was discovered that eaters of soba, made from buckwheat flour, rarely suffered from beriberi, the noodles became very popular. The most common seasoning for soba was chili pepper, known in Japanese as togarashi. There were other types of togarashis in and out of Edo, and local togarashi around Shinjuku neighborhood which is known as Naito Togarashi now was not too spicy and abundant of umami, so the togarashi became popular and many producers started planting and harvesting the local togarashi. It was said that the fields in Shinjuku would turn red during the harvest season, from late autumn to early winter. Mr.Narita-san revived this as Naito Togarashi after many years of almost extinct and now the seed has been stablized.

The Naito Togarashi is not a particularly spicy chili pepper, and people eventually people grew to prefer stronger peppers, leading to the Naito’s almost complete extinction following the end of the Edo period. 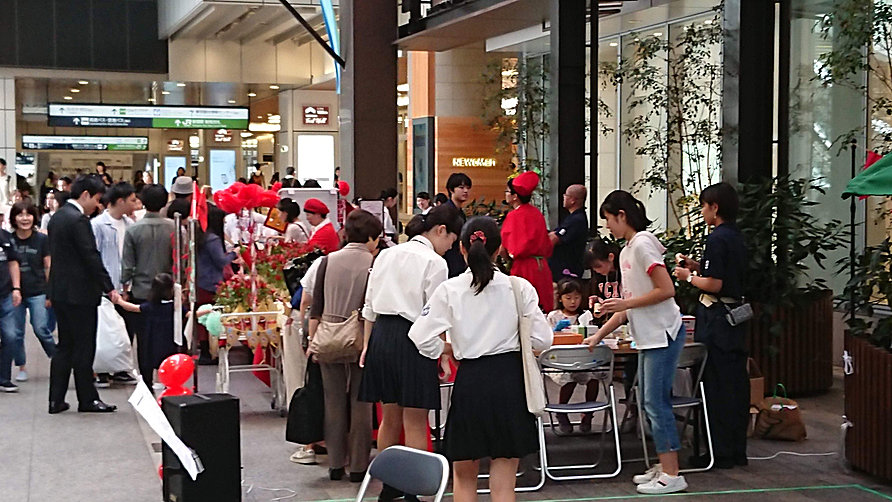 Flash forward to the early 2000s, when Tokyo resident Shigeyuki Narita, concerned about the city’s poor food self-sufficiency ratio, decided to encourage urban vegetable growing. He discovered the existence of the Naito Togarashi pepper in historic documents, and found that some seeds still survived in a seedbank. He planted them in a field in Yamanashi prefecture that he owned for buckwheat cultivation, and after three years succeeded in stabilizing the seeds. The Naito Togarashi Project was started in 2010, with seedlings distributed to local residents, schools and universities in Shinjuku. Soon the chili pepper was once again growing all over the Shinjuku neighborhood, including in roadside planters. Local businesses like Isetan, Nakamura-ya, Takano Fruit Parlor and Kinokuniya Bookstore began to sell the pepper and restaurants began featuring the chili on their menus, promoting it as a famous Shinjuku product.

Every year towards the end of April and start of May, the chili pepper seedlings are distributed to the general public, with seedlings now being sold to 5,000 households in Shinjuku. The project has big ambitions, however, with the aim of reaching 10% of the 200,000 households in the neighborhood, so that 20,000 families will eventually be growing Naito Togarashi. 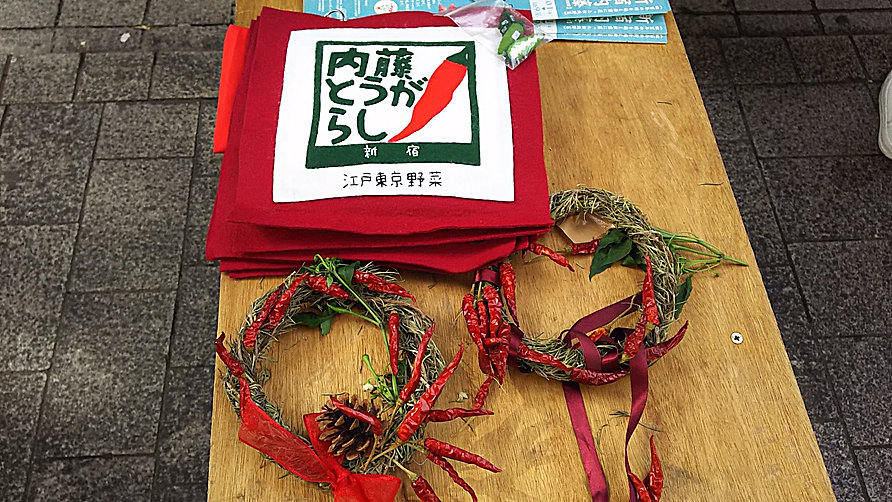 The newly formed Slow Food Naito Togarashi Community, led by Shigeyuki Natira, also has plans for promoting the chili. More chefs and restaurants will be encouraged to use this unique local product, and the history of how local vegetables helped create a sustainable community during the Edo period will be taught in schools and universities. High school and university students will also be working in collaboration with a local shopping mall in Kabukicho to see how the capsaicin can be extracted from the peppers and used as a natural deterrent to pests like mice, rats and crows.

As part of the wider Slow Food network, the community is forging links with other chili producers, convivia and communities around the world. In October, members of the Naito Togarashi Community will visit Espelette in France, famous for the Piment d’Espelette, where they will meet with Basque Slow Food members and participate in the local Pepper Festival. From local to global: the Slow Food network in action!