In the Philippines, what started as a four-month food relief drive in the early days of the pandemic has turned into a sustainable food security initiative. Inspired by the strength and impact of community kitchens, the Slow Food Community of Sari-Sari has expanded its collaboration with Pinagkaisang Lakas ong Mamamayan (PLM) – Payatas to grow micro food gardens and train 20 urban farmers. Merlita ‘Lhet-Lhet’ Casas, one of the women leaders at PLM-Payatas, explains how these initiatives have helped feed their community during this period.

On April 1, 2020, two weeks after the lockdown, residents of Sitio San Roque in Quezon City took to the streets to demand aid from the local government. They were violently dispersed and many were arrested for mass gatherings. Meanwhile, the small farmers and fisherfolk that make up the majority of the country’s food producers were unable to sell their harvest as economies came to a grinding halt, businesses shut down and movement was restricted. Monocrops grown for export had nowhere to go, and the possibility of vegetable dumping seemed inevitable, even in times of scarcity.

But citizen action in the form of mutual aid also flourished during this period. One food relief initiative was Lingap Maralita (Care for the Poor), which sourced fresh organic vegetables from small farmers and brought them to urban poor communities in Metro Manila. Starting on the first week of April, Lingap Maralita was a call for action and solidarity with those most vulnerable to the impacts of the lockdown, people with few social safety nets: farmers, including landless farmers organized by Kilusang Magbubukid ng Pilipinas (KMP), who are on the frontline of food security; and the urban poor, whose basic right to food was being ignored.

Food relief was distributed by partners on the ground and volunteers from Kalipunan ng Damayang Mahihirap (KADAMAY). The group helped to identify the most vulnerable communities in the city, specifically those at risk of displacement through housing demolitions.

Crucial to the project were the kusinang bayan (community kitchens) organized by community leaders and mothers who used the donations to cook meals for hundreds of families. 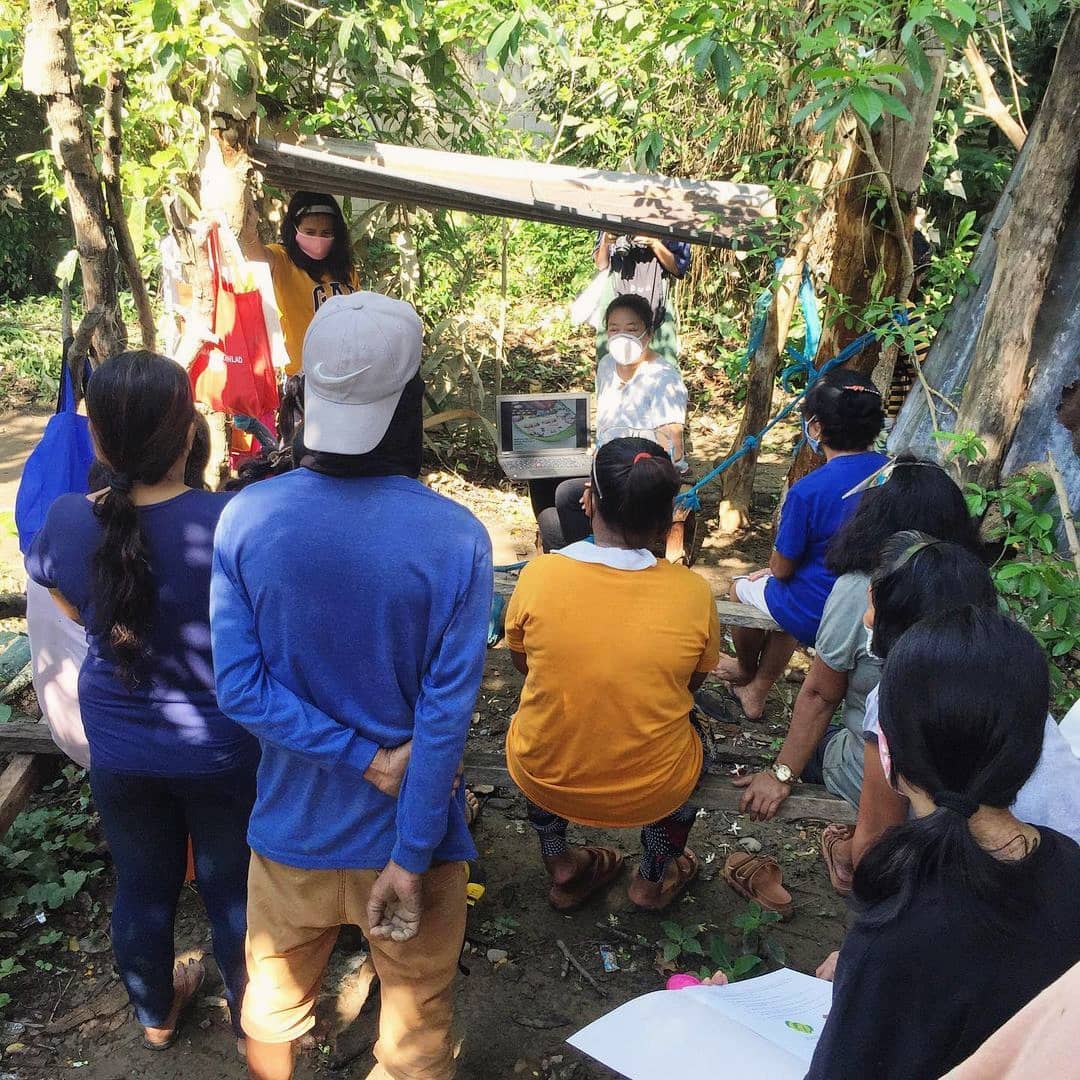 PLM-Payatas made sure that all residents, despite their poverty, still had something to contribute to the program and were not treated as mere beneficiaries of charity. It also became a way for community members, particularly women, to express solidarity with one another. The community kitchens engendered greater camaraderie in a time of isolation and social distancing, a time when we can easily regard one another with suspicion. Sharing food with neighbors helped to restore the much-needed spirit of mutual aid and cooperativism among community members.

Our mutual aid community has grown steadily over time. We are now a total of 63 individuals, including 40 farmers (20 in Payatas, 20 in Bagong Silangan), 10 Slow Food Community members, 9 youth volunteers and 4 volunteer agriculturists.

We also have direct partnerships with Pinagkaisang Lakas ng Mamamayan – Payatas, Kalipunan ng Damayang Mahihirap (KADAMAY), Kalikasan at Komunidad, Good Food Community, Urban Green Communes, GreenSpace Pilipinas, Me & My Veg Mouth, The Vegan Neighbors Philippines, Gantala Press, Cure Covid, Tayo. Since we started there have been many organizations that have supported us by donating or raising funds on our behalf and contributing resources such as seeds, organic soil, organic fertilizers, etc., including the Delgado Family, Kai Farms, Magsasaka at Siyentipiko para sa Pag-unlad ng Agrikultura (MASIPAG), Berde Eats, Chery and David Lim, Vagabond Farms and Urbanismo.ph, among others.

The most wonderful thing, however, was that what started as a four-month food relief drive in the early days of the pandemic turned into a sustainable food security initiative.

Inspired by the strength and impact of community kitchens to feed more families, as a Slow Food Community, we continue to expand our collaboration with PLM through growing micro food gardens and training 20 new urban farmers. Our dream is to make urban food gardens as common as sari-sari stores here. But this dream can only be realized through collective effort, organization and collaborative learning.

We work with partners and civil society organizations who understand and believe in the need to dismantle the systematic problem that hinders the urban poor from accessing good, clean and fair food. Beyond the sharing of resources and creation of common assets to sustain their agrobiodiverse food gardens, this is also about amplifying the call for the protection of their basic rights, especially their right to safe, healthy and affordable food. 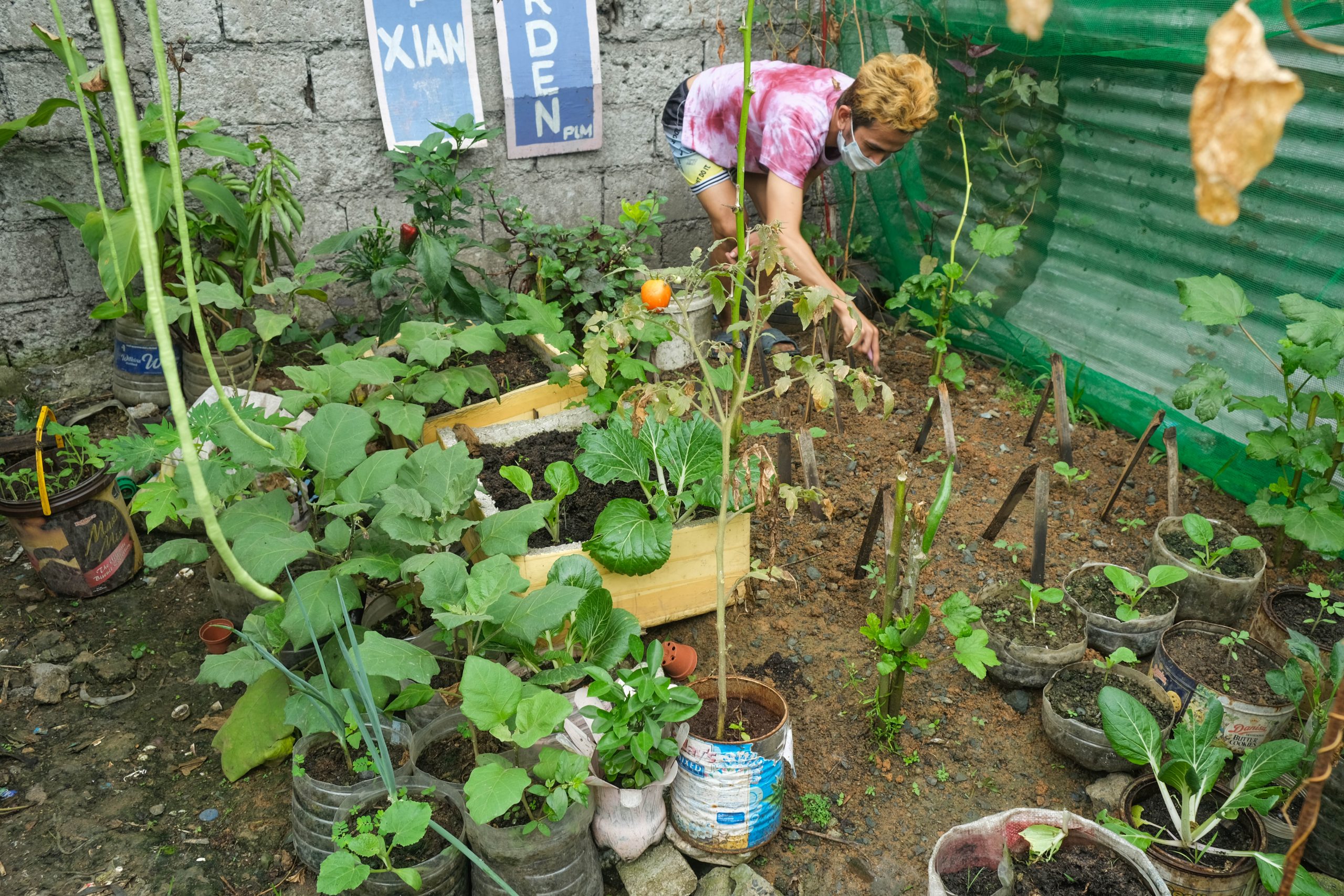 Clustering urban farmers in support groups of five and appointing leaders/coordinators allowed the growers to be organized and to guide each other. Cluster leaders acted as the bridge between fellow growers and other organizations within the coalition. At present, some of the graduates have volunteered to become farmer-trainers who are working to replicate the agrobiodiverse food garden projects in other poor urban communities.

In terms of replicating the initiative, this community of practice online toolkit seeks to serve that purpose. It is intended to be a living document to guide those interested in replicating the practice, and we already have people from different parts of the Philippines who have reached out to us. We have started  a second site in Quezon City called Bagong Silangan, which will be a communal garden, as opposed to the container gardening that took place in Payatas.