Archive » Slow Food Heroes: on the back of an emergency, an initiative to do something positive for the community

Peter McKenna, chef and director of The Gannet restaurant in Glasgow, part of the Slow Food Cooks’ Alliance, worked with food banks during the pandemic to produce packages for vulnerable people in the local community, making three deliveries a week. A way to give something back to the city he calls home. 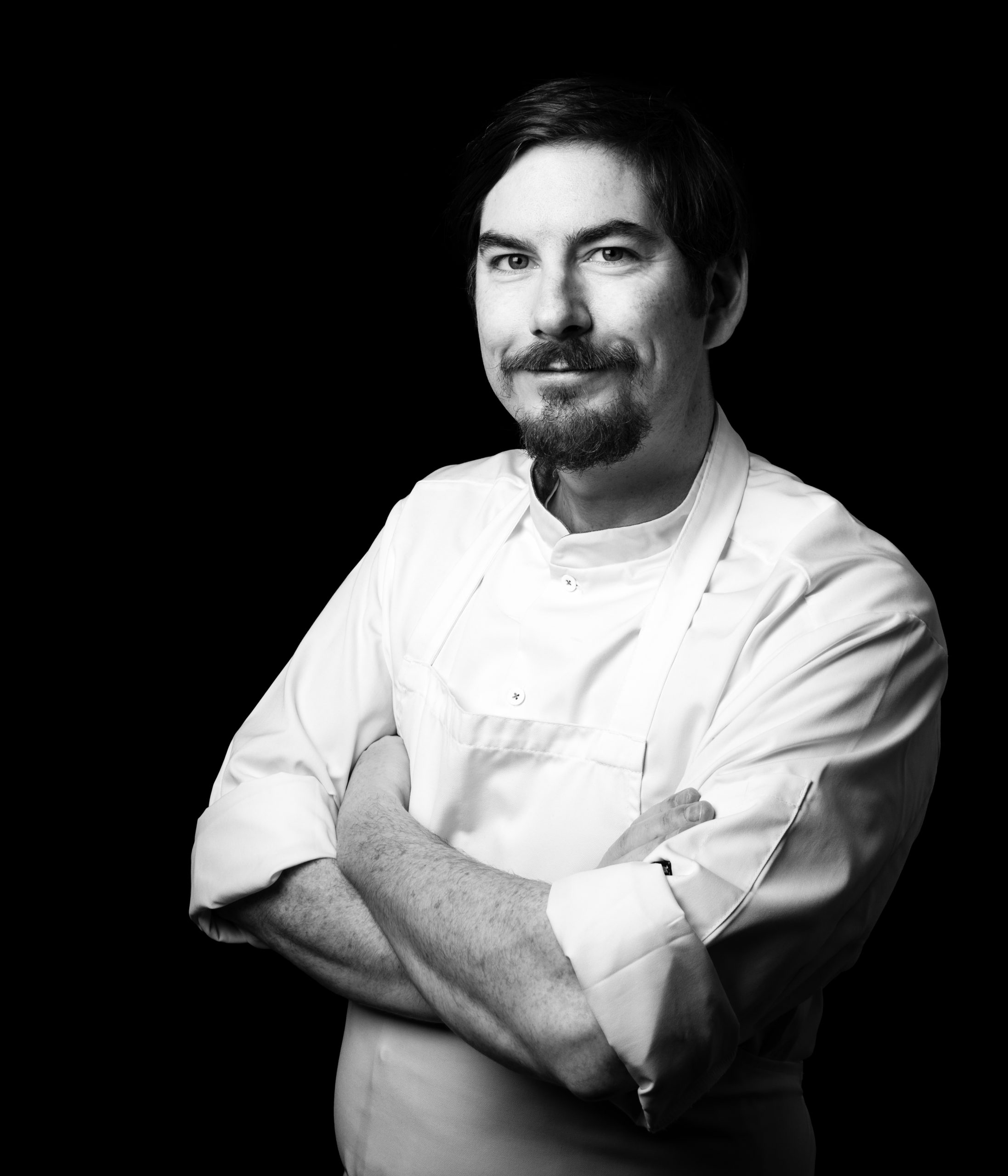 I am Irish and I’m 41 years old. I studied professional cookery in Donegal, on the North West Coast, and I’ve been a Glasgow resident for over 14 years, with stints working in London, The Hague, Sardinia, Sydney – where I met my wife – and France. All the time I was traveling I absorbed different food cultures, learning in the kitchen and beyond.

As well as working in some incredible restaurants with inspiring chefs I’ve also worked in the private sector, travelling the world with the monied elite. This enabled me to open The Gannet with my business partners.

I’m the Chef and the Director of The Gannet, a modern Scottish fine dining restaurant. We’ve been open for eight years and, before the pandemic, we employed 22 people in our team.

Once Covid-19 hit mainland Europe, we knew that the restaurant would have to close. To protect our team, our families, and guests, we chose to shut our doors before the UK advised us to do so; in fact we were the first restaurant to close in Glasgow. 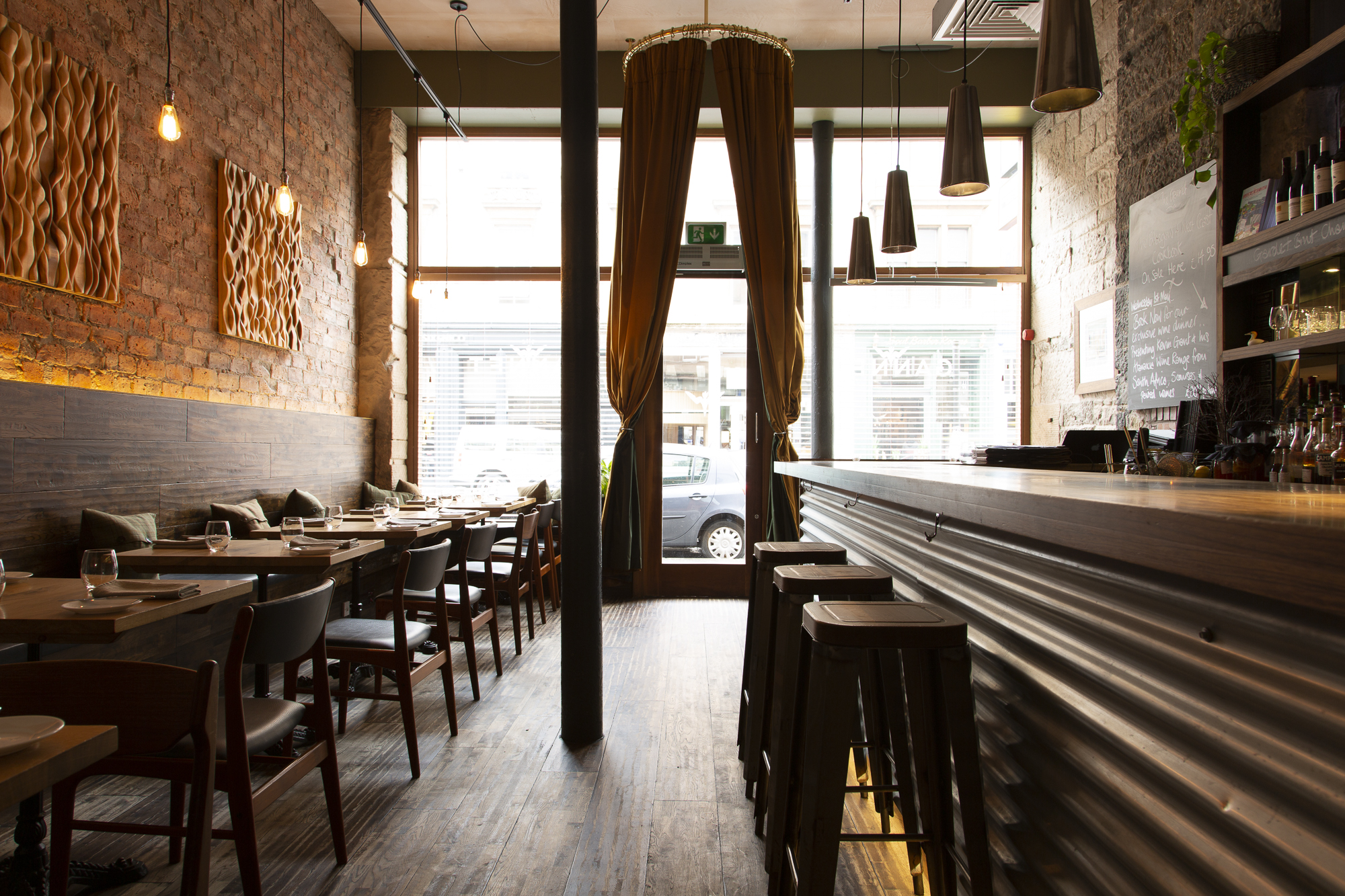 We took the decision to close the restaurant on a Sunday evening: it was an incredibly hard decision and not one we took lightly. We had the realization that the restaurant as we knew it might never have reopened; everything was up in the air.

When we closed to guests, I had a fridge full of food and wanted to put it to good use. I gathered my team, together with Kevin and Conor (the front of house management team), and we formed a plan to give it to a food bank and a community center in areas that would be classed as deprived. 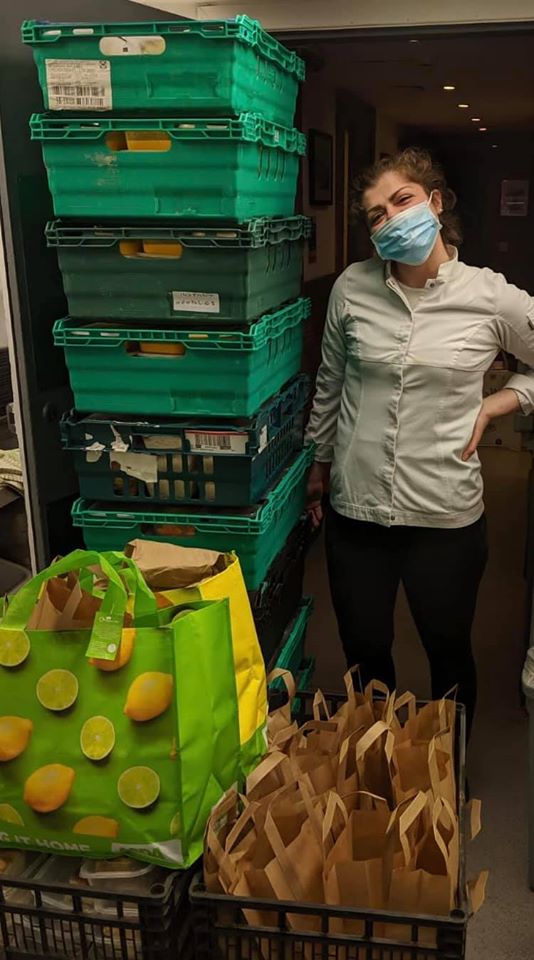 On the back of all the negativity we wanted to do something positive for our community, people aged over 70 in isolation, the financially vulnerable, and just generally all the people who were struggling. We knew there was food poverty in most major cities; some people don’t have access to sufficiently nutritious foods, or lack the mental capacity to prepare nutritious meals weekly, never mind daily. We just wanted to make an impact, however small, and put a smile on people’s faces while there was so much uncertainty, worry & stress. So we decided to give something back to the city that we call home.

Once we got a handle on what was needed, we put together a crowdfunding campaign, roped in friends in the media world to film a short clip explaining what we were trying to accomplish and raised a few thousand pounds, enough to keep us cooking meals for close to four months.

To generate funds alongside the crowdfunding we offered customers a selection of dishes, three courses for £20 per person; each one sold helped fund a meal for someone less fortunate.

We’d done some work highlighting food poverty in Glasgow before with the Real Food Real Folk project so we knew there are people out there that could benefit. We were also helped by quite a few of our suppliers: one of them, Braehead Foods, the owner of the company Craig, heard what we were planning and loaned us a large refrigerated van to deliver the food in.

Once we were up and running the warm welcomes we received were enough to keep us cooking, keep the team coming to the restaurant, volunteering their time, cooking and delivering the meals three times a week. 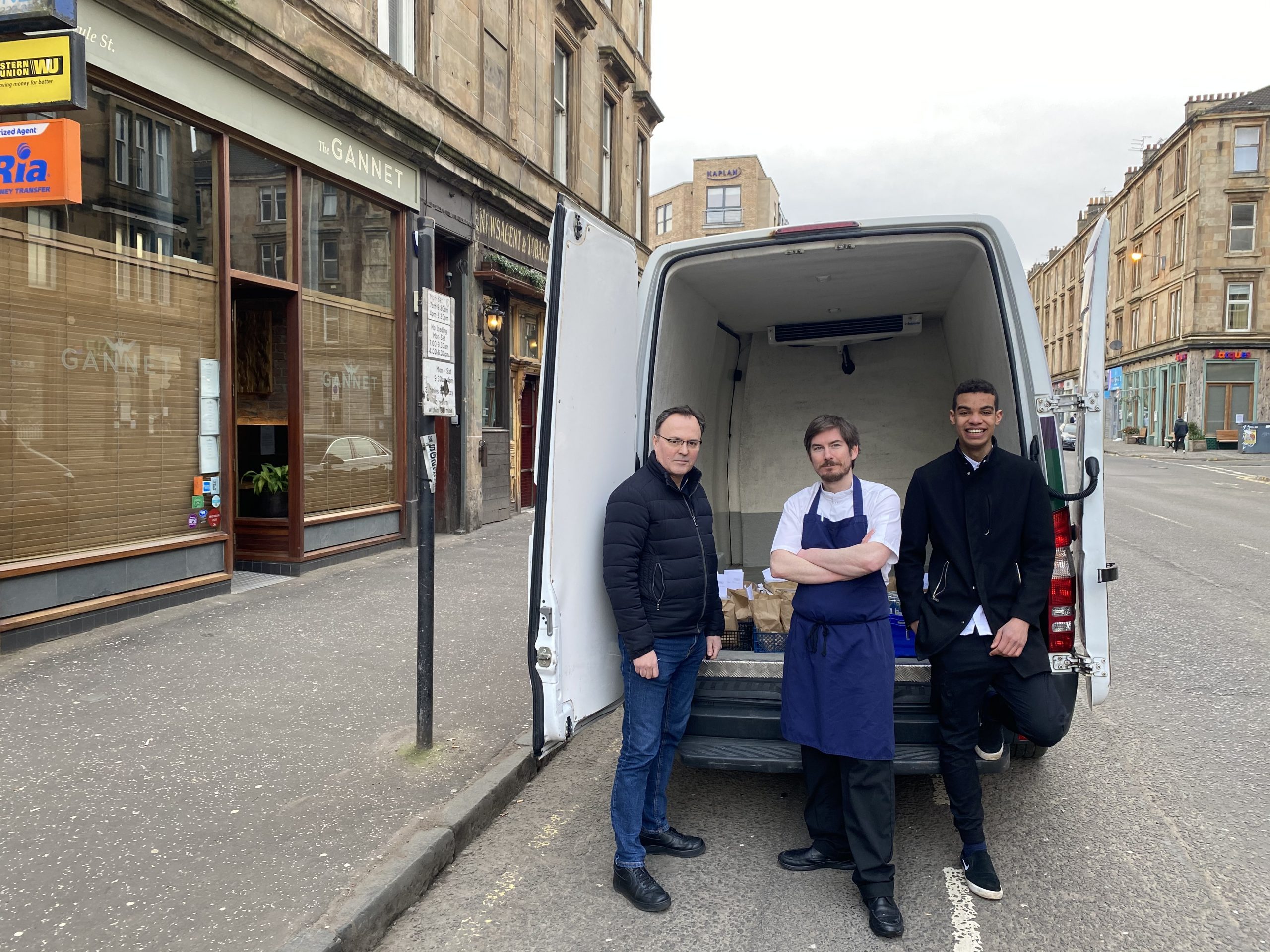 As humans, we are generally good at heart, we want interaction, we want to help where possible and we all deserve to eat at least one healthy meal per day.

Solidarity is everything, especially in a community. Helping others, where possible, is very important; we have a platform and it’s fantastic that we’ve been able to use it for good.

My advice to others is that, if you have an idea, be brave and run with it: we made our plan at the beginning while cooking the food. Phone as many people for help as possible: you never know what doors will open. Scale is everything: I would do things in a large format and ask for help from outside of our little bubble if we were put in the position where the Gannet went back to providing community meals.