Archive » Slow Food heroes: eating together to face the future

Daniele Rossi is an Italian cook and restaurant owner in Barcelona. During the Covid-19 emergency he participated in the Comer Contigo (Eating with you) initiative, which provided 23,000 meals a day to hospitals and the homeless. 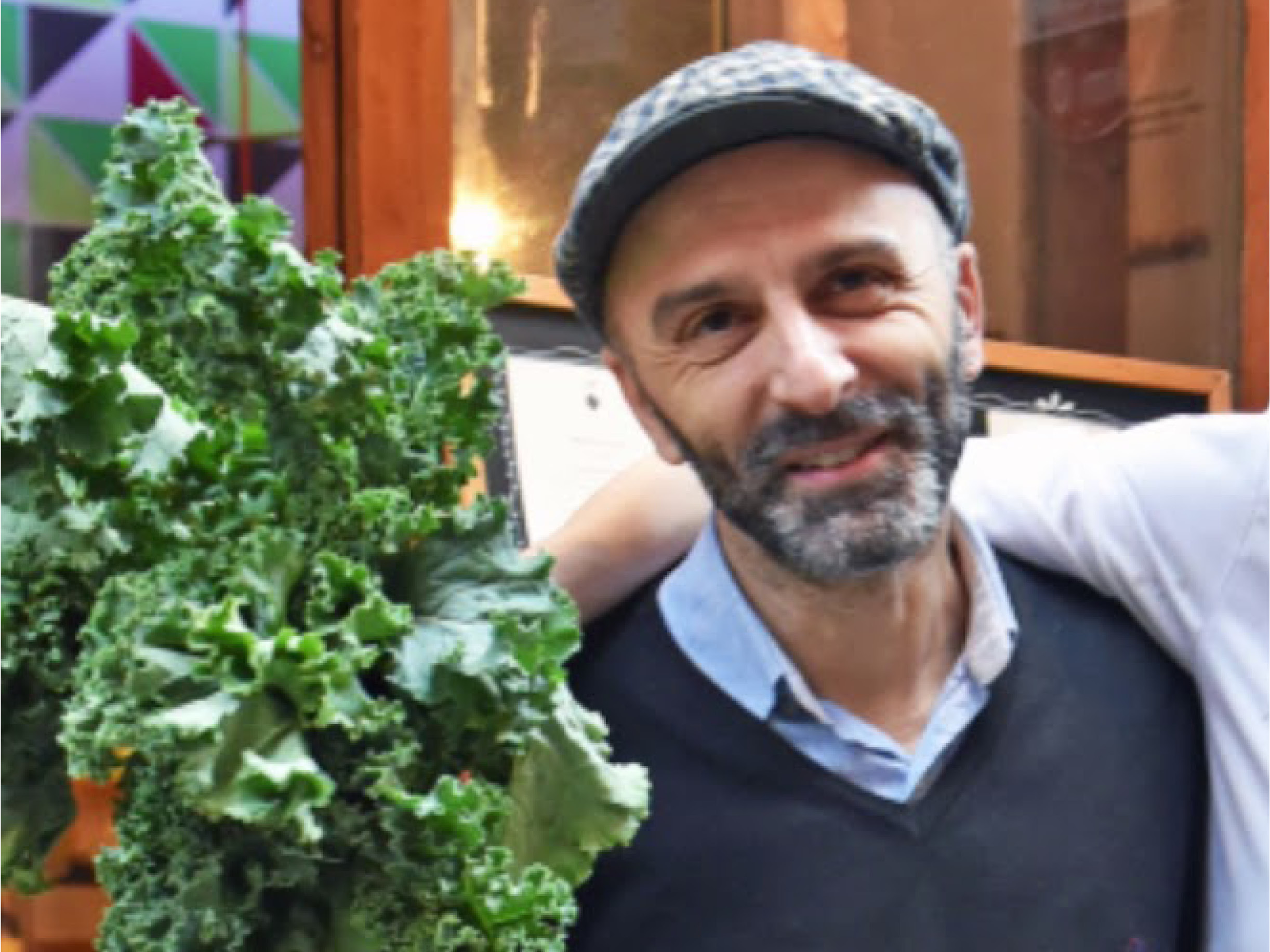 Daniele Rossi is a cook and restaurant owner in Barcelona. Originally from Emilia-Romagna, Italy, he’s been in the Catalonian capital for 24 years now and has been running the famed Rasoterra restaurant since 2013 together with friends Chiara and Guillem. Situated in the city’s Gothic quarter, Rasoterra was one of the first of a new wave of vegetarian establishments that have been growing in popularity in Europe.

The arrival of Covid-19 in Spain, as in so many countries across the world, was met by a spontaneous outpouring of solidarity, not least in the hard-hit hospitality sector, where forced and prolonged closures have seen many historic establishments shut their doors for good. Here was a community of people whose life and work revolved around feeding others, and suddenly they weren’t able to do so—at least not in the way they were used to. Many chefs jumped online to share recipes and techniques with their fans, but others were determined to make a difference on the ground.

The Comer Contigo (Eating with you) initiative was kick-started by food writer Cristina Jolonch of La Vanguardia, the most popular newspaper in Catalonia. “The idea was that we couldn’t just sit back and be passive but were called upon to do something social. So, the decision was made to support hospitals and hospital workers.”

Numerous big names on the Barcelona restaurant scene quickly signed up to be part of Comer Contigo, including Casa Leopoldo, Llamber, and Daniele’s own Rasoterra.  As word spread through the sector, more and more “satellite kitchens” were set up across the city where cooks temporarily out of work came together to cook whatever their providers could get them. “They’d just us give us pallets with whatever they could spare, and we made what we could with what we had. This contributed to us, as Rasoterra, finally making the final steps towards going fully vegan. We’d been a vegetarian restaurant from the beginning, and we only ever had a couple of non-vegan items on the menu, but during the first lockdown we decided that the time had come to make a greater commitment, most of all to the environment.” 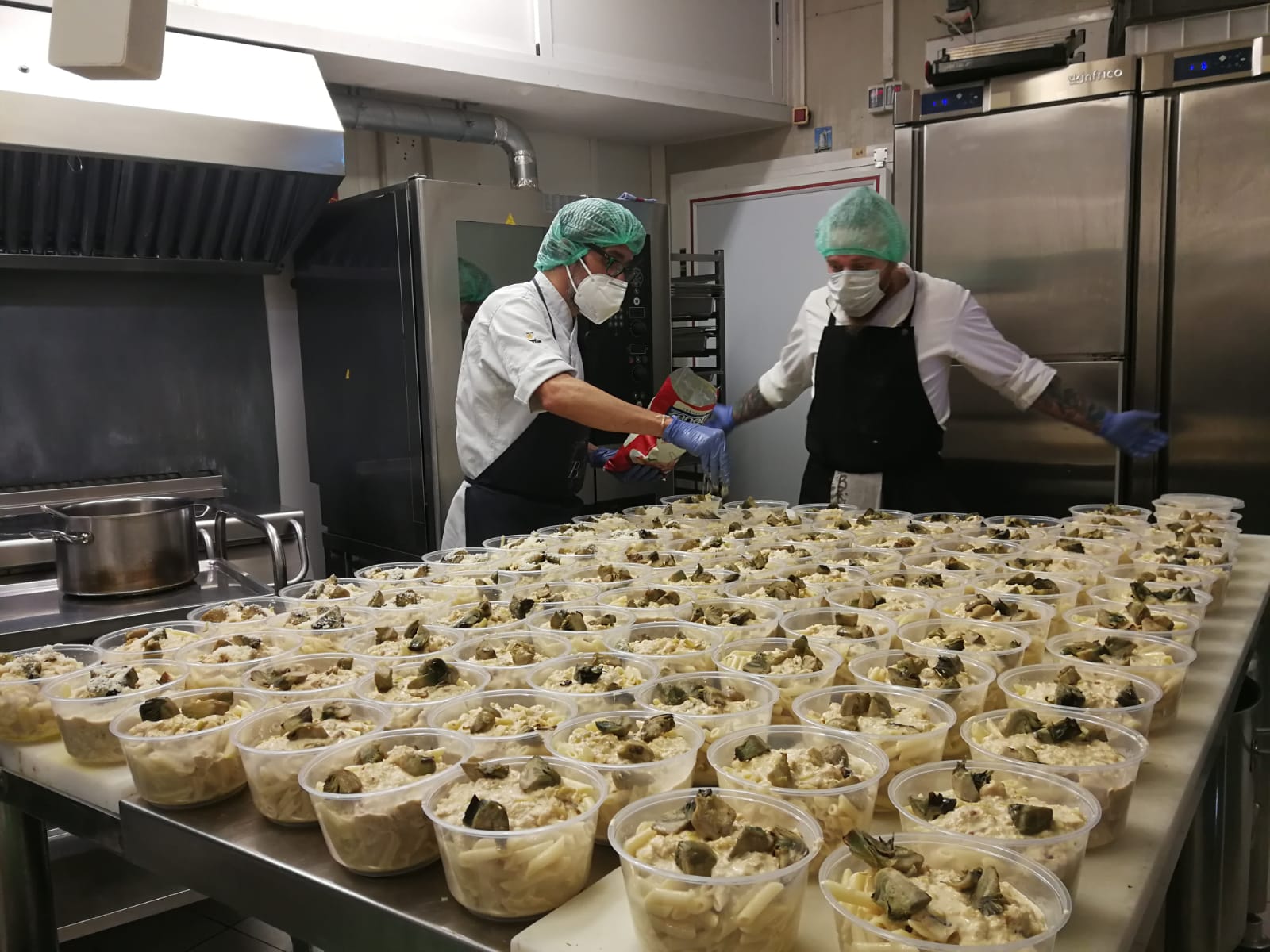 With so many restaurants and cooks getting involved, Comer Contigo was soon providing 23,000 meals a day, taken around the city to all the hospitals and to the homeless by riders and delivery drivers, who, similarly, had less work because of the lockdown.

When the lockdown finished and restaurants slowly started to open back up the initiative gradually wound down, but its impact both for the hospitals of Barcelona and indeed for the cooks themselves will not be forgotten quickly. “The importance of reducing our consumption of meat and fish was clear enough, but the pandemic really made our duty to our planet more obvious than ever. My hope is for a long-lasting shift towards more responsible eating, everywhere.”

The EU-funded COVCHEG (Community-based Value Chain Enhancement in the Greater Caucasus Mountains Area) project, coordinated by Slow Food in partnership with Azerbaijan Tourism Board (ATB), was successfully completed. On 9 December 2021, the closing ceremony was held in the UNESCO-listed authentic city of Azerbaijan – Sheki. The COVCHEG project, which aims at preserving local gastronomy …

Are you consuming food that is good for you and the planet?

It’s time to put your food-fact knowledge to the test and clear some of the myths surrounding our favorite food. This is not about the five-second rule or if swallowing a watermelon seed will make a plant grow in your stomach, but to teach us the relationship between food that is healthy for us, the …