Archive » Slow Food Hero: from student to Chef in the ward

When the Covid 19 emergency exploded, Riccardo Emanuele Tiritiello was in the fifth year of the Frisi Hotel and Catering Institute in Milan. Just a breath away from graduating̀. But between his school commitments, online classes, and working in his family’s delicatessen, he felt the need to do something useful for others. So, he started the project “Chef in corsia”: for almost 100 consecutive days, he prepared meals to be delivered free of charge to doctors who worked hard to save the sick in the Covid-19 wards. 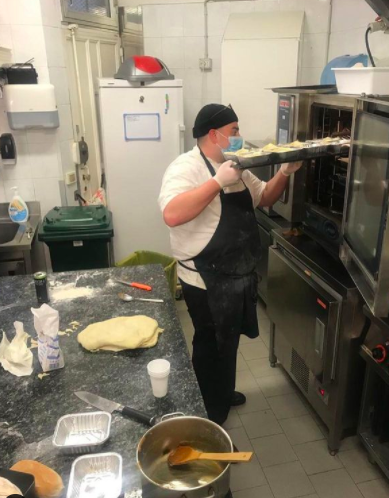 I was born and raised in Quarto Oggiaro, a complicated neighborhood on the outskirts of Milan. Since the seventies, my family has run the Tiritiello delicatessen, which is well-known in the neighborhood. Today I work with my father, but I admit that one of my dreams is to become a chef.

When the pandemic started, I was in my final year at the Frisi Hotel and Catering Institute. When they said we had to stay home, waiting for better times, I couldn’t imagine staying put. I was not indifferent to the images of hospital wards on television, quite the opposite. I didn’t feel anger, if you can call it that, because of the imprisonment we were experiencing, it was the helplessness that drove me crazy. I couldn’t stand by and watch.

Right from the start, since there was not much I could do for the sick, I decided to help those who were caring for them. When I talked about it with my parents, they too had no doubts.
They invited me to think about it because if I wanted to help I would not stop, and I wouldn’t have had a free moment. But when they understood that I was convinced and that my friends would follow me in the enterprise, they gave me their total support, lending me the kitchen of their shop.

We started on March 8, 2020, to deliver at the Sacco hospital, then we were able to expand the service to the Niguarda and San Carlo hospitals, getting to deliver up to 350 evening meals a day. 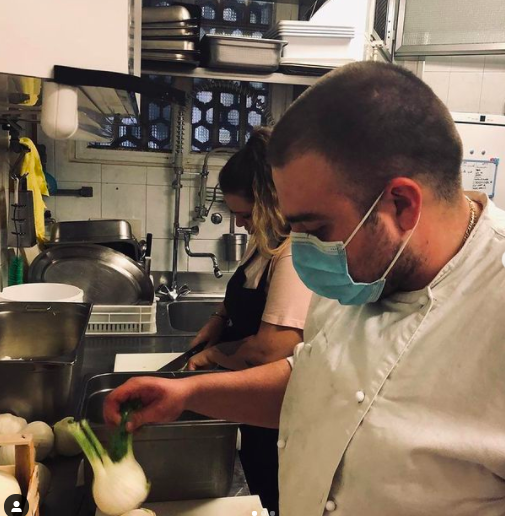 With me were my brother Filippo and Aurora, Ciro, Fulvio, Michael. And the solidarity of many other people. We launched crowdfunding to support the running costs, but many citizens, as well as shopkeepers and associations, helped us by giving us products to use. We had the collection point at the local market of Quarto Oggiaro.

Eighty percent of the food came from Pane Quotidiano, a Milan-based, lay, non-profit association whose goal is to provide free food every day to the poorest people and to anyone in need or vulnerable, without distinction of any kind. During the lockdown, they couldn’t organize deliveries because the lines would be packed, so they had excess food. Their deliveries were critical for us.

We would start around 8 a.m., depending on the supply of food, although we tried to use mostly ingredients that were given to us. There were no Saturdays, Sundays, or holidays. And there was just so much going on. After cooking all day, in the late afternoon we would organize the cars – and the van we borrowed – and leave for deliveries.

We realized we were doing something important a week after we started cooking. It’s one of the best memories I have because I felt useful, as well as really alive! One Sunday afternoon, after we had been cooking all day for Sacco Hospital, we got a message on our Facebook page, Chef in Corsia, from a nurse at Niguarda Hospital asking for our help. It actually said, “We need help too…”. It was 7 p.m. We were so tired, but we looked at each other and didn’t even need to talk. We got back to cooking with what was left and made our first delivery to Niguarda after a few hours.

By May 17, 2020, the emergency had subsided a bit, so we chose to stop. We had our high school graduation exam looming and we needed to focus on studying. We would have liked to have been able to go on, we believed in the project so much, but both the time available and the economic availability were waning and so, given the decrease in the emergency, we felt serene in stopping the service. 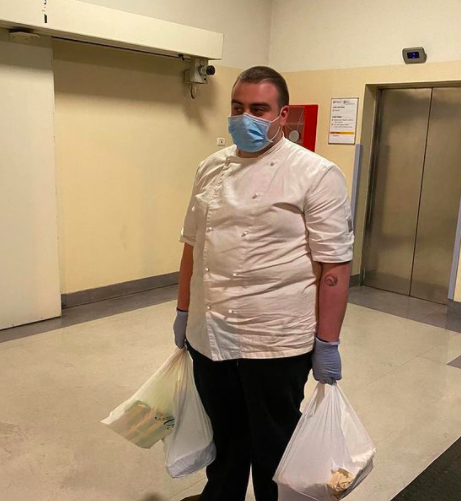 Solidarity, as well as community building, is everything. I learned this in my suburban neighborhood, even before the Chef in Corsia project. Food is fundamental for living, but it is also comfort, especially in times of greatest crisis.

Even today that the project has died down, solidarity has not stopped for those who need help in this difficult time that continues to keep us suspended. Here in Quarto Oggiaro, it’s the norm. It doesn’t take much: all it takes is goodwill and putting forces together.

The only thing that needs to be changed, should we ever want to start a similar solidarity project again, is the use of containers for deliveries. Unfortunately, we used to use plastic, because it was mostly given to us as a gift and had no impact on costs, but we would have liked to have biodegradable containers. For our part, we hope that the differentiation service of the hospitals and the good sense of those who used the trays have at least somewhat cushioned the impact, but it is certainly an important aspect to take into consideration in order to put an initiative like ours back on track.