To call him a pizza maker wouldn’t fully capture who Franco Pepe is. His fantastic work inside and outside the kitchen has led him to receive numerous awards the best pizza, the title of Ambassador of Taste and even a Cavalierato al Merito della Repubblica Italiana (Cavalier of the Italian Republic), awarded to him in both 2019 and 2020. During the lockdown, he refused to sit idly by and kept the ovens burning to give away bread and other fresh products to the elderly and other people in need. On top of that, he organized a fundraising campaign for the hospital in Caserta (Italy) during times of Covid emergency.

I live and work in Caiazzo (Caserta), in my pizzeria, Pepe in grani. I represent the third generation of bakers: my grandfather started in the thirties with a bread oven. During the Second World War he distributed a piece of bread to those who, by showing their card, could receive their 150 gr. piece. So my father, who grew up in that environment, decided to open a pizzeria in the sixties. I, on the contrary, got there gradually: I did a little bit of everything, from seasonal work in the station tunnels to unloading mail bags to being a physical education teacher. In the evenings, however, I would turn into a pizza maker until it became my only occupation.

I’ve always believed in dreams and sharing. When I bought a ruin from the eighteenth century in the historic center and became indebted to the banks to create my pizzeria, everyone called me a fool. But I continued on my way. In 2012 I opened the doors, risking everything: I had 7 people with me to whom I could not ensure a salary, but they worked trusting me. Today there are 43 people who work for and my project: each of them is the backbone of the structure. In March 2020, when the COVID-19 emergency started, my first concern was to secure a future for this extended family of mine. 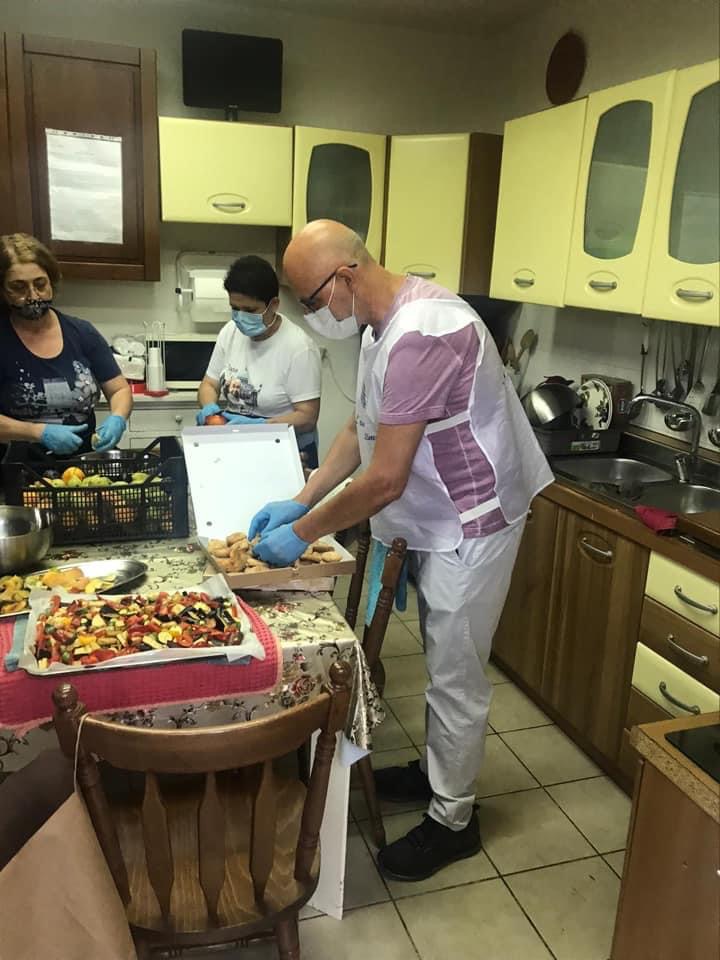 My family’s ovens, at the same time, never went out all these years – I couldn’t have done that during the pandemic.

They tried to discourage me, to get me to bend to the, albeit fair, rules of the various DPCMs that prohibited going outside. But every morning, when I woke up in my restaurant and turned on the ovens, I couldn’t silence the cry for help that I heard coming from outside. I had gotten into the habit of marking on a calendar with an x on yet another day of closure. As time passed, I felt the silence of the empty pizzeria as a heartbreaking cry and I told myself more and more frequently that another day would pass in vain if I didn’t do something to respond to the difficulties we were all experiencing.

On top of that, during our sudden closure, we found ourselves with so much unused dough and raw materials. I couldn’t waste them while there were people outside who couldn’t even eat a meal. Thus began, almost by accident, our project of solidarity for the people of Caiazzo and the surrounding area. We started baking bread, then cookies, and of course pizzas, which we took to those who were hungry, not only for food, but also for human warmth. We baked kilos of bread to donate, and from the first days we disposed of it all within a few hours. So, I decided to continue baking, with a couple of guys from my staff and with the necessary precautions, baking bread and pizzas for the less fortunate.

We ensured a hot meal to the elderly of the old people’s homes in the area and we donated pizzas to the homeless near the train station in Caserta, taking up the appeal of the Association L’Angelo degli ultimi of Caserta, which was in difficulty because it could not feed everyone.

Very often I would make the deliveries in person and I remember very beautiful moments such as the time I went to deliver, almost surreptitiously, some pizzas to a homeless camp. There was a long table, full of people waiting for a hot meal and, by chance, I noticed that one of them was with his head bowed, almost as if he were hiding. When I approached him I realized that I knew him, he was a guy who worked at a gas station that I frequent and had lost his job. He was ashamed to be seen there… I talked to him, we embraced virtually, since it was impossible to do it for real, and maybe we gave each other dignity. 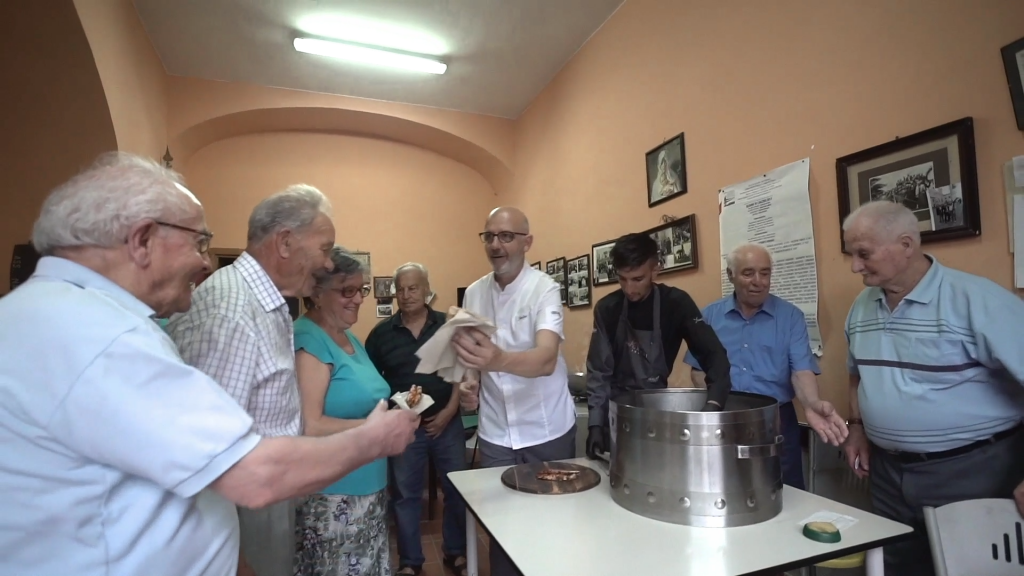 Then I realized I needed to do more. So I launched the fundraiser for the hospital in Caserta. I wanted to purchase a respirator and filtering face masks.

Even if for all my other businesses I never did any communication or advertising, in this occasion I felt I had to show my face and start communicating on all possible channels. But I wish I had done even more. My motto is “Daring and believing” and never before have we had to believe in something together so strongly.

The deliveries continue today, for all those in need. This only seems natural to me. And above all, this period, as strange as it is important, has allowed me to get to know a new Franco, a man who has always loved life, but who has understood that it is beautiful precisely when we make it available to others.

The actions we have taken and are still taking place today are not difficult to repeat. Everyone can get going and do something in their own communities.

I would like my colleagues, restaurateurs and chefs, to do the same things that I did in their cities, not just because of the emergency situation that we are all experiencing, but also because there are people out there that require our helping hand. All you have to do is make your oven or kitchen available – if you have a place – and choose one day to do good. Or use your notoriety to encourage others to do good: today I continue to participate in events that sponsor fundraisers to fight Covid-19, but also hunger, and to support those who need help to start over, even if only a paid bill or a job that restores their dignity. Making yourself available for others is essential in life, perhaps one of the few things that gives it meaning.