Later this year Slow Food will be bringing together over 200 indigenous leaders from 27 countries in Hokkaido, Japan, to share their traditional knowledge and raise awareness about how this knowledge and indigenous peoples’ sustainable food systems can play a key role in addressing global challenges like climate change and world hunger.

Participants will debate how biodiversity protection and traditional foods, cultures and languages as well as indigenous peoples’ rights represent opportunities for indigenous youth and their communities to innovate and create economic opportunities.

Indigenous leaders from all over the world will gather to share their experiences of how the protection of their traditional foods, cultures and languages as well as indigenous peoples’ rights can become opportunities for their communities and youth, generating sustainable income, improving health and nutrition and protecting the world’s biodiversity.

We must urgently recognize the value of the knowledge, skills and very existence of indigenous peoples in order to move our world in the direction of greater sustainability. Food is essential to the holistic world view of indigenous peoples as it encompasses life, culture, identity, environment and health and is present in politics and the economy.

The industrial food production system produces a quarter of the world’s carbon dioxide emissions. To protect life on our planet, we need to radically change the current food system and start listening to indigenous peoples, learning from their traditional knowledge and making sure their rights are fully recognized so that they can carry on their traditional livelihoods. 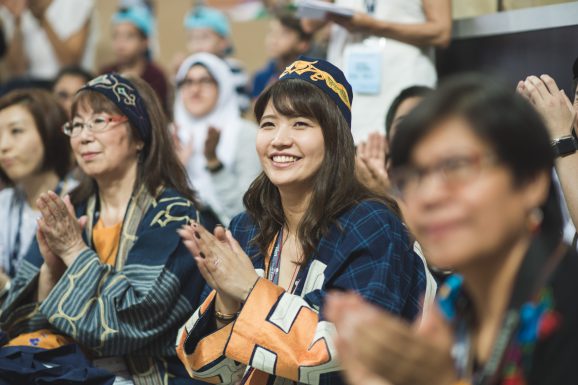 Indigenous peoples are at immediate risk from climate breakdown as live in close harmony with nature and natural resources. Traditions, food systems and ways of life are being greatly affected by the climate crisis. Slow Food wants indigenous peoples to connect with each other, to share their experiences, to be inspired and to keep on protecting their traditional knowledge and food systems.

The event, entitled “Indigenous Peoples’ Food Systems: Climate Change and Sustainability,” will include discussions on health and nutrition, education, spirituality, livelihoods and opportunities, nature and the conservation of culture, all with a focus on how these themes relate to food. The roles of youth, women and cooks will be highlighted, and various workshops on everything from acorns to insect eating, plus many other aspects of indigenous food culture, will round out the program. 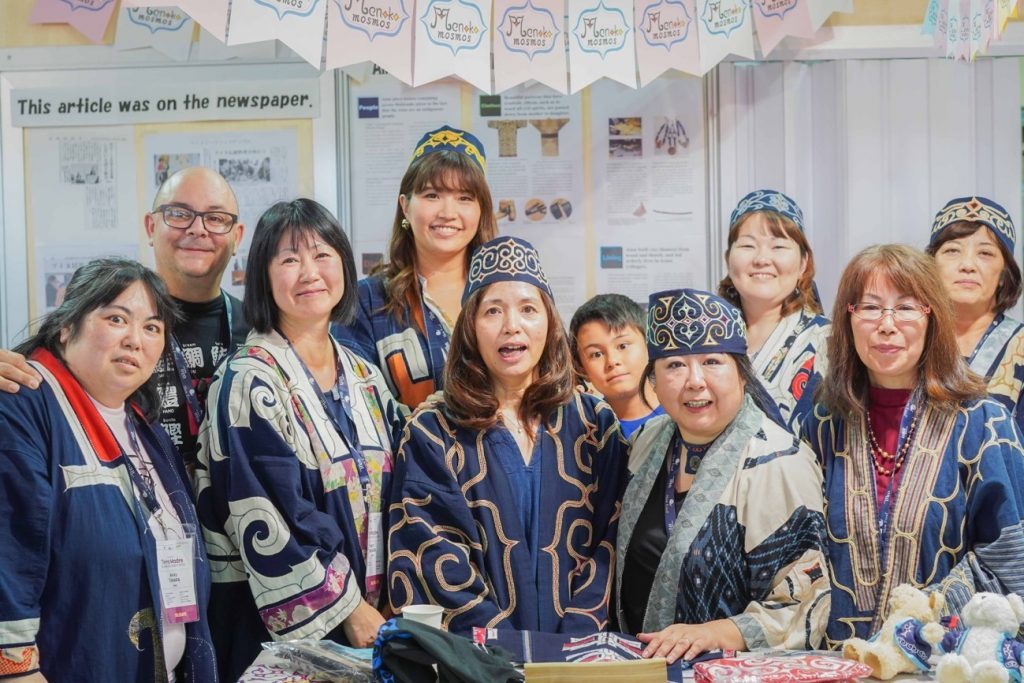 The event aims to strengthen the networking of indigenous peoples across Asia and the Pan-Pacific region by creating links and exchanges around shared challenges and solutions. Ultimately an action plan will be developed for the region. Another objective is to empower indigenous participants (with a special focus on youth) by sharing and receiving inspiration on how to create opportunities through the protection and promotion of indigenous food heritage. Lastly, the event wants to raise public awareness about indigenous food systems as allies for sustainable development models, influencing the general public and promoting recognition of the value of indigenous people and cooperation with them, through the adoption of a declaration.

“The Ainu people think that every single thing—from a natural phenomenon to animals, from food to tools—has soul, and comes from the world of God, Kamuy in the Ainu language,” explained Tahara Ryoko, the chairperson of the Ainu Women’s Association Menoko Mosmos. “It means the Ainu appreciate everything that the land gives,” she continued. “This gathering must inspire indigenous people in Asia and the Pan-Pacific region, especially youth and women, to work to improve their diet, health and economic situation. And it will then contribute to the realization of a better society. Currently societies are exploiting large amounts of natural resources, leading to planetary-scale problems like scarcity of resources, climate change and biodiversity loss. The Sustainable Development Goals adopted in 2015 are not only targeted to certain people or countries, but to every individual in every country. It is time to drastically change the definition of ‘development.’ To achieve the SDGs, we need the wisdom of indigenous people, who live together with nature.”

The first Ainu Food Festival was organized in 2017 with Slow Food in Sapporo. 2019’s Indigenous Terra Madre Asia and Pan-Pacific event will be held at the Ainu Culture Promotion Center “Sapporo Pirka Kotan,” inHokkaido, and will be organized in collaboration with The Christensen Fund,Japan Foundation ASIA CENTER, Pawanka Fund, Tamalpais Trust, the International Fund For Agricultural Development (IFAD) and Mitsubishi UFJ Foundation.

Japan’s Ainu people are finally getting the national attention they have long lacked. They gained partial recognition for the first time in 1997 following the decision in the Nibutani Dam trial. After the adoption of the UN Declaration on the Rights of Indigenous Peoples in 2007 and the adoption of a resolution in Japan’s National Diet in 2008 calling for the Ainu people to be recognized as an indigenous people, the “Ainu New Law” is the first Japanese law designating the Ainu as “indigenous people.” It was adopted by the Diet in spring 2019. On February 15, 2019, the Japanese government approved a bill to formally recognize the Ainu as an indigenous people. And in April 2020 the first National Ainu Museum will be opened in Shiraoi in Hokkaido.