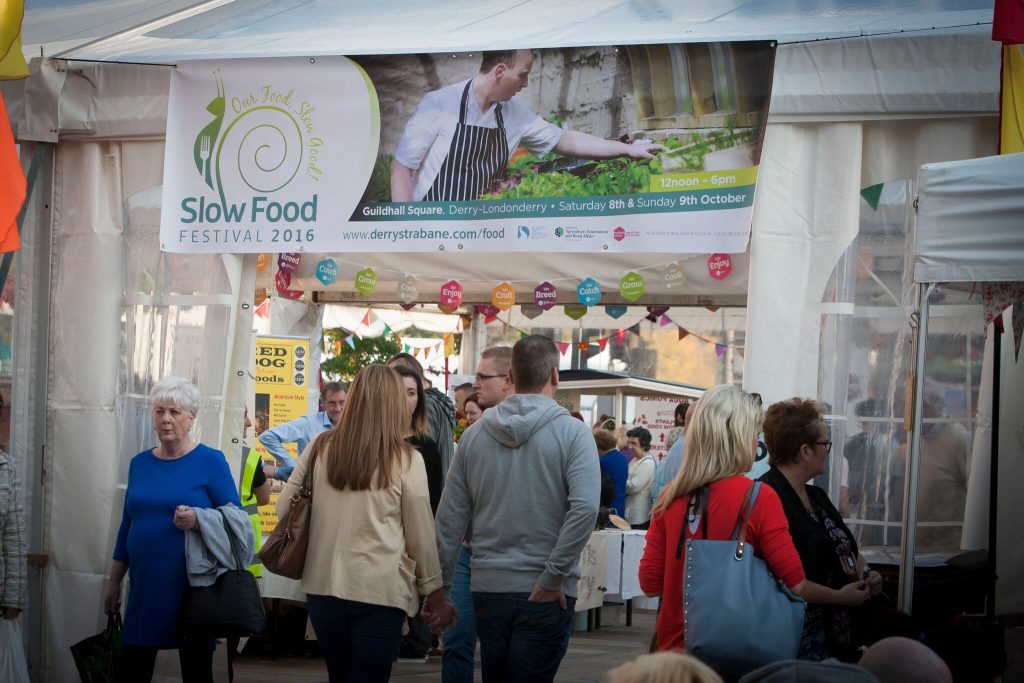 Northern Ireland’s first ever Slow Food Festival organised by Derry City and Strabane District Council (DCSDC) has been hailed as a huge success after upwards of 25,000 visitors flocked to the two-day culinary celebration in Guildhall Square at the weekend of October 8-9.

The sun also shone on the Festival, which celebrated good, clean and fair food from across the North West during October’s Harvest theme for Northern Ireland Year of Food and Drink 2016, and was supported by the Department of Agriculture, Environment and Rural Affairs (DAERA) NI Regional Food Programme, and assisted by Slow Food Northern Ireland.

Jennifer O’Donnell, Rural Tourism Project Officer with DCSDC and main organiser, said they were absolutely delighted that visitor numbers had exceeded all expectations: “Upwards of 25,000 people attended our Slow Food Festival over the two days. We were totally blown away by the crowds who flocked to the event on both Saturday and Sunday and the response has been overwhelming across the board. A number of the producers sold out on the first day and some had even sold out both days’ produce, such was the demand from the public which speaks volumes for the quality and range of our local food provenance.”

The Slow Food Festival featured a market with award-winning produce ranging from charcuterie to fish, jams, chutneys and preserves, cheese, beef and pork as well as cookery demos, talks by local craft brewers and display by local beekeepers.

Paula McIntyre, Director of Slow Food NI, hailed the first ever Slow Food festival in NI as “a great success”. She continued: “It was wonderful to see children potting pea shoots at Jilly Dougan’s stand and getting an understanding of where food comes from. The highlight for me was an awareness of Slow Food in the crowds—our message of ‘good, clean and fair’ food really got through over the weekend.”

Chef Brian McDermott, who showcased a new Slow Food soup featuring Corndale Chorizo from Limavady, said: “There is a feel for the producers that they are not commercial giants; they are real people with real food and real stories.”

Carol Banahan of Carol’s Stock Market based in Derry and Donegal also sold out of her handmade fresh stocks on the opening day of the Festival. “The response was absolutely brilliant. A lot of people have a real appreciation for traditional Slow Food. I sold out on Saturday and had to stay up really late to make more stock.” 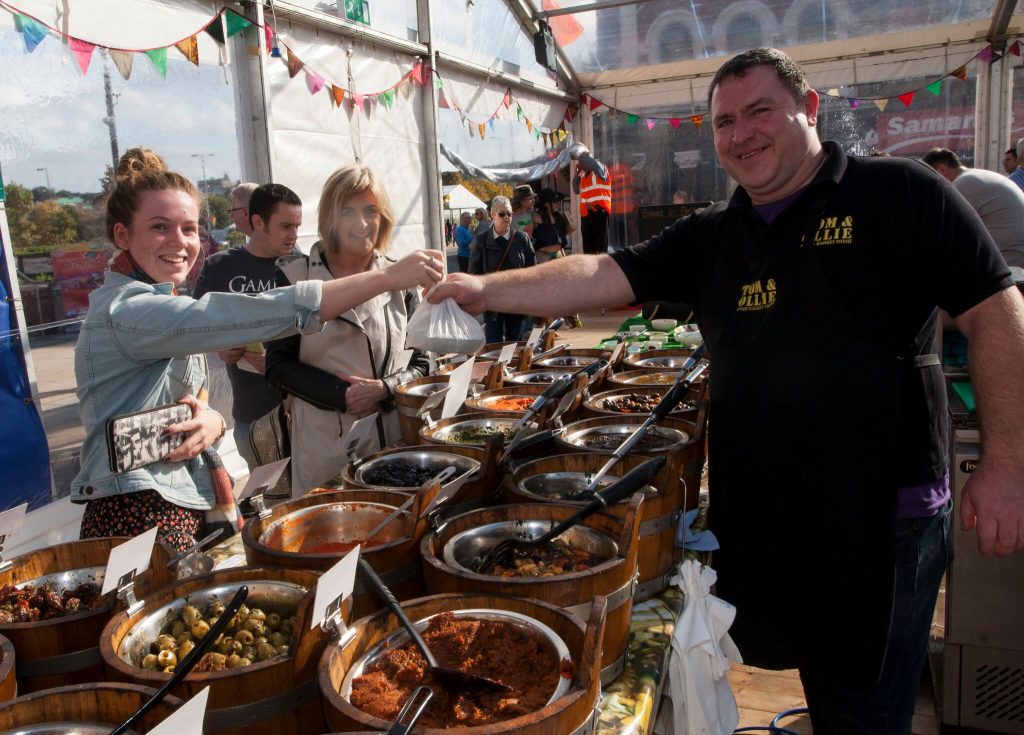