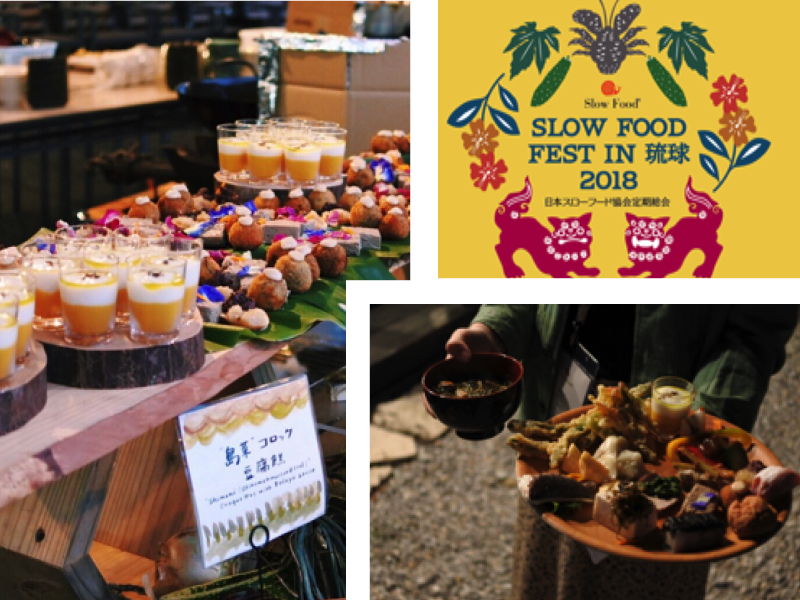 Slow Food Fest in Ryukyu 2018 took place on April 14 and 15 at Aiai Farm in Nakijin, Okinawa. The purpose of the event was to gather members of the Slow Food Nippon network as well as local people from Nakijin to celebrate and raise awareness about Okinawan ingredients and food culture. Alice Waters, vice president of Slow Food International, was invited as a special guest, and more than 130 people attended. 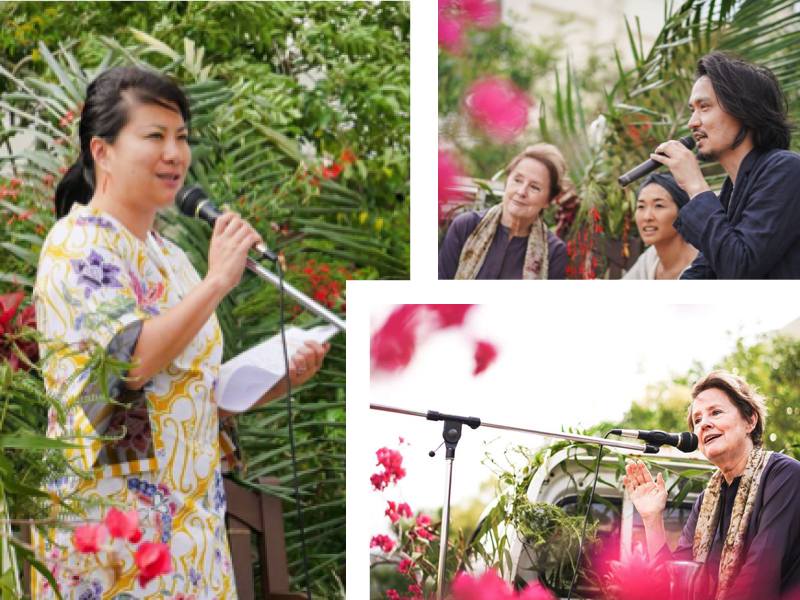 The event opened with keynote addresses from Alice Waters and Slow Food Nippon representative Remi Ie. Alice Waters, whose comments were received with great enthusiasm, spoke about the philosophy behind the Slow Food movement. Remi Ie spoke about Slow Food’s work in Japan, highlighting the movement’s importance and potential in the region. In the evening, chef Takashi Ueta, owner of Trattoria Lamp, prepared dinner with carefully selected Okinawan ingredients, fusing Italian and local cuisines. In addition, the grandmother and sister of a member of Ryukyu’s Slow Food Youth Network prepared a home-style Okinawan beef soup. After dinner, everyone danced Okinawa’s traditional dance, the kachashi.

The second day of the event began with a panel discussion in which various community leaders spoke about Ryukyu cuisine, and especially about protecting island vegetables and soybeans. Next, the guests divided into two groups for workshops on tofu making and traditional uses of wild plants. The participants were particularly impressed by the light, fluffy texture and fresh aroma of the tofu. For lunch, Mr. Kinjo, a member of Slow Food, roasted pork from his ranch on Ishigaki Island. Everyone helped out with the BBQ and it was a wonderful chance to appreciate the taste of good, clean and fair food and to interact directly with a local producer. 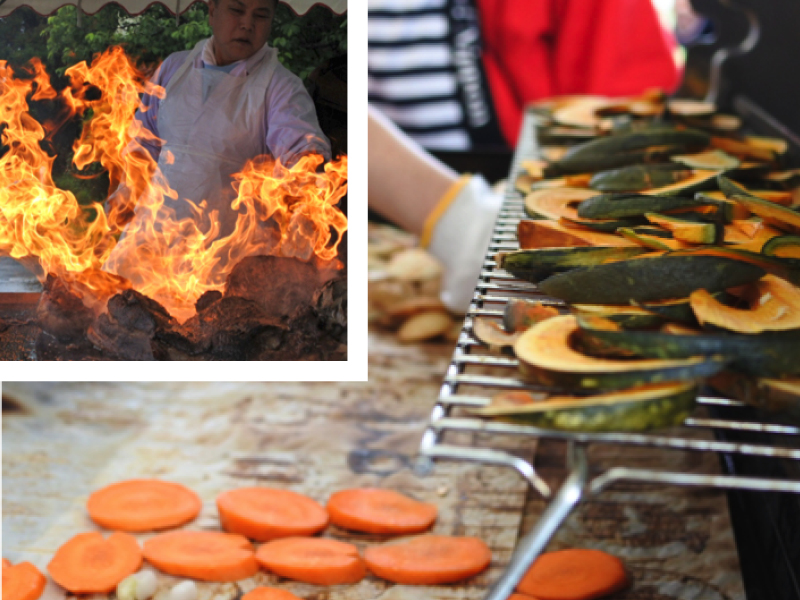 Okinawa and the other Ryukyu Islands are known for having one of the highest life expectancies in the world. The longevity of people from this region is largely attributable to a traditional diet that includes many vegetables, little meat, and very few sugars, grains, fats, and dairy products. In recent decades, the rapid westernization of Okinawa’s food culture has reduced life expectancy. Bringing attention to local food products, especially Okinawan vegetables, is a way to restore longevity and simultaneously reignite interest (among both locals and tourists) in Okinawa’s cuisine, traditional culture, and beautiful natural environment.

Slow Food Fest in Ryukyu was a fun and exciting opportunity to start this process of rediscovery and sharing, and it demonstrated that there are many people, both within the Slow Food network and outside of it, with a strong will to protect Okinawa’s gastronomy and local culture for the sake of future generations.