Slow Food Europe » What we do » Biodiversity

Our work to promote sustainable food systems aims at protecting not only wild biodiversity such as wild bird and insect species, but also agrobiodiversity. Agrobiodiversity includes the domestic species of animals and plant varieties, whose existence is the result of thousands of years of selection by peasant and pastoral communities, soil biodiversity, and the diversity of traditional processed products (such as cheeses, breads, cured meats).

Today biodiversity in all its forms, without which nature would be driven to extinction, is seriously threatened by intensive and industrialized agricultural systems, pollution, overbuilding, and the interests of global trade. Particularly striking is the decline of wild pollinators, for which pesticide use constitutes a direct threat; in Europe, 1 in 10 bee and butterfly species in on the verge of extinction.

Check out the Slow Food Foundation for Biodiversity!

To join our call on the European Commission to support an agricultural model that allows farmers and biodiversity to thrive in harmony, sign the Save Bees and Farmers European Citizens Initiative!

Policy Brief on Biodiversity to the UNCBD and national goverments (2022)

An analysis Of five best practices in Europe, starting with the experience of the network of Slow Food Presidia:
Italian | English

After oceans, soil is the planet’s second largest reserve of carbon (or carbon “sink”). In fact, one third of all living species are found in the soil which makes it a great reserve of biodiversity.

Soil provides the nutrients and water needed to produce food. It filters rainwater and sends it back into circulation, clean and drinkable. It regulates the climate by storing carbon (carbon sequestration); in fact, more carbon is stored in the subsoil than in the atmosphere and all the forests together.

Today, soils are at risk in many countries around the world, including Europe. Erosion, contamination by pollutants, salinization, sealing due to the rise of urbanization and infrastructure construction, are causing its inexorable degradation. Europe loses 970 million tonnes of soil every year, with more than 11% of the EU’s territory affected by moderate to high soil erosion.

A clear driver of the degradation of soil is the industrialization of agriculture which rapidly accelerated after the First and Second World Wars, when the war industry was converted into the production of synthetic fertilizers and pesticides. This new model of agriculture based on chemical fertilizers, high-yielding seeds, pesticides, weedkillers, and monocultures have increased yields and tripled agricultural production, but they have also caused major damage to soil biodiversity by drastically reducing its organic matter, in other words its fertility.. Soil has for too long been considered as an inert support for cultivation, without taking into account its natural aptitudes or the threats to biodiversity and environmental equilibriums.

It takes thousands of years to create a few centimeters of fertile soil, but just a few decades to destroy it. If the soil cannot host and sustain life anymore, it is impossible to produce wholesome food. The impact on health, food security, biodiversity, the climate, and the economy is significant, and the consequences are clear.

Slow Food Europe advocates for sustainable food systems in the EU and calls on the EU to promote soil protection and agroecological farming practices in all relevant policies, such as the Common Agricultural Policy, the Rural Development and Structural Policy and the Water Framework Directive.

Here are 4 reasons to save the soils of Europe! 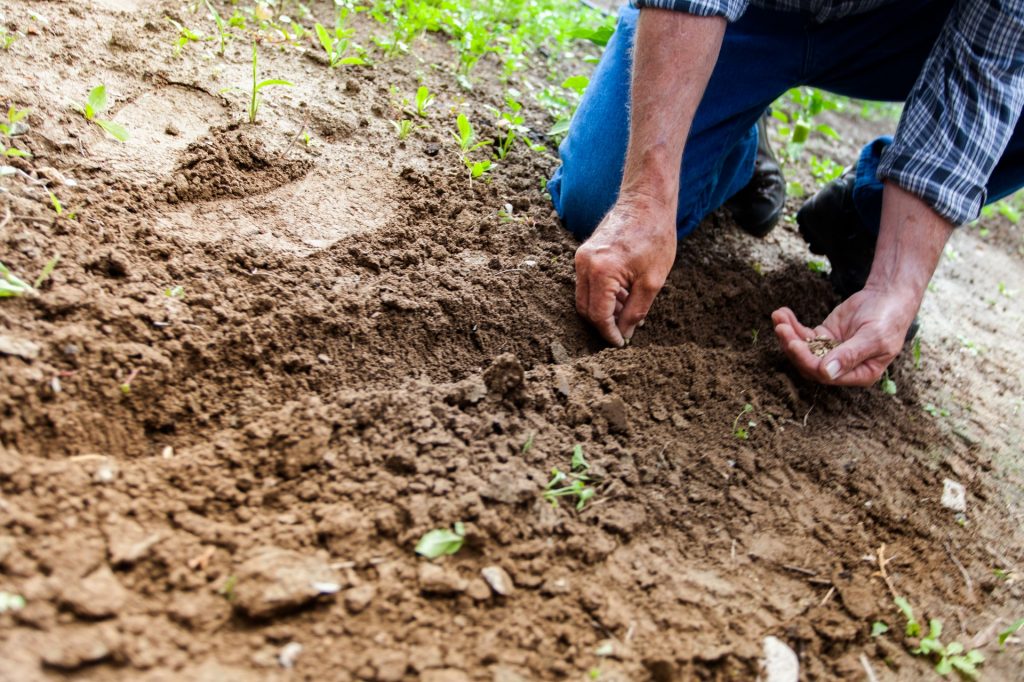 We can all help save the bees!

Honeybee populations, both wild and domesticated, are dramatically decreasing all over the world. Along with bees, other pollinating insects such as bumblebees, butterflies and moths, are also showing a striking decline: at least one out of ten bee and butterfly species is threatened with extinction.

Several root causes can be blamed for the dramatic issue of falling bee populations:
• Pathological factors: bees suffer from specific diseases and parasites that weaken them and often kill them.
• Climate factors: climate change has an impact on bees, for instance by changing flowering periods, which can catch bee colonies unprepared.
• Environmental factors:  industrial monocultures destroy biodiversity by using large quantities of insecticides, herbicides and fungicides, which are highly toxic and often lethal. Neonicotinoids for instance, the world’s most commonly used insecticides, are used on almost all crops and are often applied directly to the seeds, pervading the plant. In January 2013, the EFSA officially recognized the high toxicity of clothianidin, imidacloprid and thiamethoxam, then later in the year, fipronil. But the fight is far from over.

Bees play a critical and valuable role in our planet’s lifecycle, helping to ensure:
• Diversity in our diets. Without the pollination carried out by bees, a high number of wild and cultivated plant species would no longer exist, and our diets would be much poorer and less varied. In Europe around 84% of crop species and 78% of wildflower species in the EU depend at least in part on animal pollination, and up to almost 15 billion euros of the EU’s annual agricultural output is directly attributed to insect pollinators.
• The planet’s well-being. Animal pollination plays a vital role as a regulating ecosystem service in nature. Globally, nearly 90 per cent of wild flowering plant species depend, at least in part, on the transfer of pollen by animals (including insects). These plants are critical for the continued functioning of ecosystems as they provide food, form habitats and provide other resources for a wide range of other species.

What can you do?

Check out the Insect Atlas 2020 for facts and figures about the importance of insects in Europe!

Dave Goulson is a Professor of Biology at the University of Sussex and the author of several books about pollinator ecology and bumblebee conservation. In this Terra Madre 2020 Food Talk, Dave Goulson explains what we can all do to help reverse the potentially catastrophic decline of the insect species who pollinate our crops. 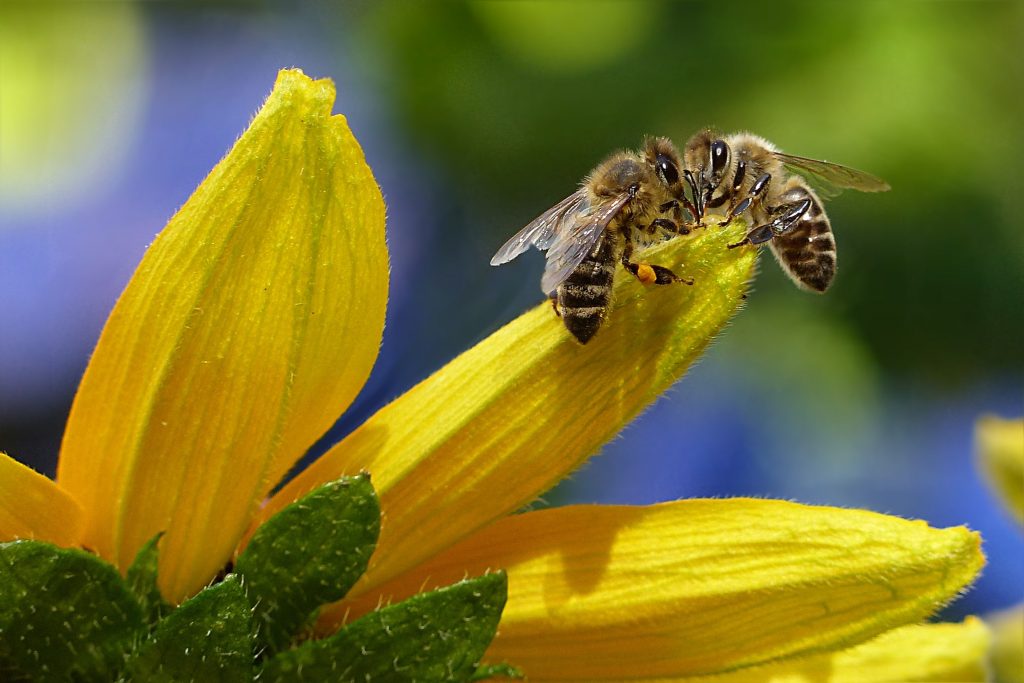 All of our food is born from seeds; they are at the very beginning of the food chain. Selecting and producing seeds means continuing the fertility cycle and ensuring the availability of crops for the subsequent year. Since the selection of seeds entails choosing the best fruits, seed selection helps to improve plant and seed varieties which, year after year, will continue to progress in terms of weight, yield, and capacity to germinate.

The continuous rise of industrial agriculture and its need for uniformity, homogenization and its focus on profit, has resulted in a concentration of the species and a reduction in the number of varieties of plants, leading to a terrible loss of plant biodiversity. The numbers speak for themselves: out of the 80,000 edible species available for food production, only 150 are currently grown, 8 of which are sold on a global scale. The loss of seed and plant biodiversity has led to less diverse and healthy ecosystems and diets, and the loss of gastronomic heritage.

We therefore have a duty and a responsibility towards seeds. We must protect and preserve them in order to guarantee richness and variety in our meals, but also to safeguard their biological and cultural heritage of diversity. Seeds of all different varieties are the present and future of life; they should be protected irrespective of cost effectiveness as they could be carriers of fundamental characteristics potentially useful in the future, such as adaptation to climate change.

EU seed legislation currently includes 12 directives. Adopted in the 1960s and 1970s, they had a double aim: the increase of crop productivity thanks to the legal guarantees of the distribution system of high-yielding varieties (through certification and official registration); and the protection of buyers from potential scams. In 2013, in an attempt to update and simplify these directives, the European Commission put forward a regulatory proposal on production and supply to the market. In 2014, the EU Parliament rejected it, and asked the Commission to propose a reformed proposal that takes individual Member States’ interests into greater account and that truly benefits food producers.

Slow Food is calling for a new regulation on seeds that combines the production and availability of high-quality seeds with the effective protection of biodiversity. The new regulation should pay particular attention to traditional seeds and their link to land and traditional knowledge. It should allow the exchange of varieties amongst small-scale producers and between producers and enthusiasts, while regulating their sale based on adequate and non-penalizing requisites. It should support farmers who cultivate diversity and should offer opportunities to further support the work of these guardians of registered varieties, in recognition of the role they play in the conservation and production of agricultural biodiversity.

Traditional and heirloom varieties must be promoted, while necessary tests and checks for consumer safety must be guaranteed. Slow Food is calling for the adoption of an EU legal framework that:

Watch the video on seeds realized by Slow Food. 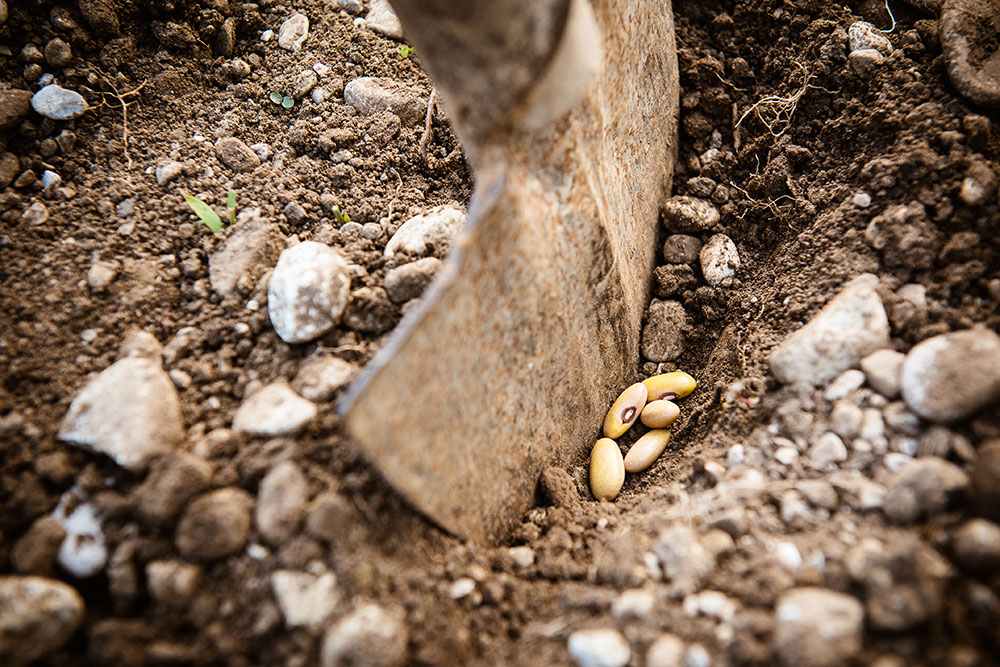