Slow Food national networks from Tanzania, Kenya and Uganda will share a stand, in partnership with Heritage Foods Africa Foundation, at KARIBU/KILIFAIR in Arusha, Tanzania, from June 7 to 9.

Producers and activists of the network will display and sell 10 traditional products in risk of extinction (which have become Slow Food Presidia in order to be safeguarded), and other traditional indigenous foods from the three countries. The stand will host show cooking sessions with members of the Slow Food Cooks’ Alliance, a Market stall, and meetings and seminars on the importance of protecting local biodiversity and gastronomy.

Each day will be dedicated to traditional products and show cooking from a different country:

On June 7 – UGANDA
“Unlike other countries where nuts are often eaten as snacks or as condiments, in Uganda they are an integral part of everyday meals” – says John Wanyu, from Slow Food Uganda. “Apart from the famous Groundnuts, East Africa harbors an extraordinary nut known as Vigna unguiculata (Oysternut) which is important for agroforestry. It is consumed fresh, dried, roasted or even grinded into a paste to add to other vegetables and meat dishes”. Chef Nassozi Kezia, from Mukono district, will prepare Oysternuts Luwombo, a traditional dish of oysternut paste and mushrooms Luwombo accompanied with the smashed green cooking banana “Black Nakitembe variety“, one of numerous banana varieties grown in Uganda. 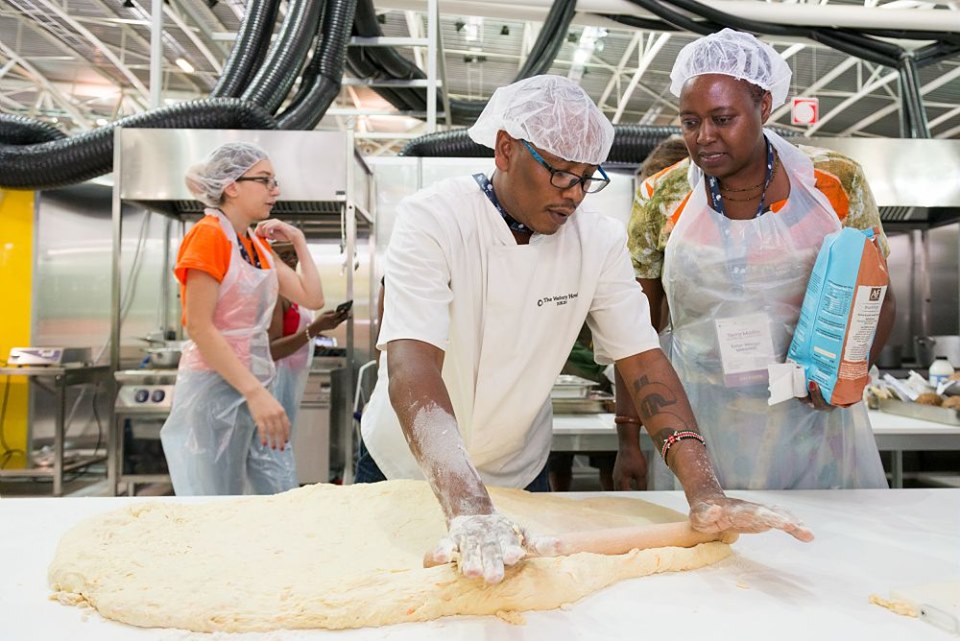 Slow Food Uganda will also showcase different local coffee varieties (Mount Elgon Nyasaland Coffee and Luwero Kisansa Coffee, both Slow Food Presidia), and the Teso Kyere Finger Millet Varieties (which became a Slow Food Presidium in 2016 to contrast the growing presence of high-yielding varieties promoted by regional research institutes and foreign companies). One of the many traditional varieties of banana (the Bugonya Kayinja Plantain), which is not eaten fresh but only used to make beer and spirits, will also be displayed at the fair.

On June 8 – KENYA
“I will participate in Kilifair to change the planet” – says Priscilla Nzamalu, from Kibwezi Permaculture Slow Food Community who will showcase the remarkable nutritional values and health benefits of baobab. “If the doctors of today do not become nutritionists, then the nutritionists of today will become the doctors of tomorrow. We need to act now to preserve our rich food biodiversity and our local production that follows the good, clean and fair philosophy of Slow Food”.

From Kenya, chef Martin Muhia Nyambura will attend the event by cooking a vegetable stew served with Muibai sweet potato croquettes, on a bed of Lare pumpkin leaves and Itamba cowpea (Kunde) leaves. He currently works at the EU Embassy Restaurant in Nairobi and he has worked tirelessly to promote traditional Kenyan dishes developing initiatives to fight against food waste in parallel. 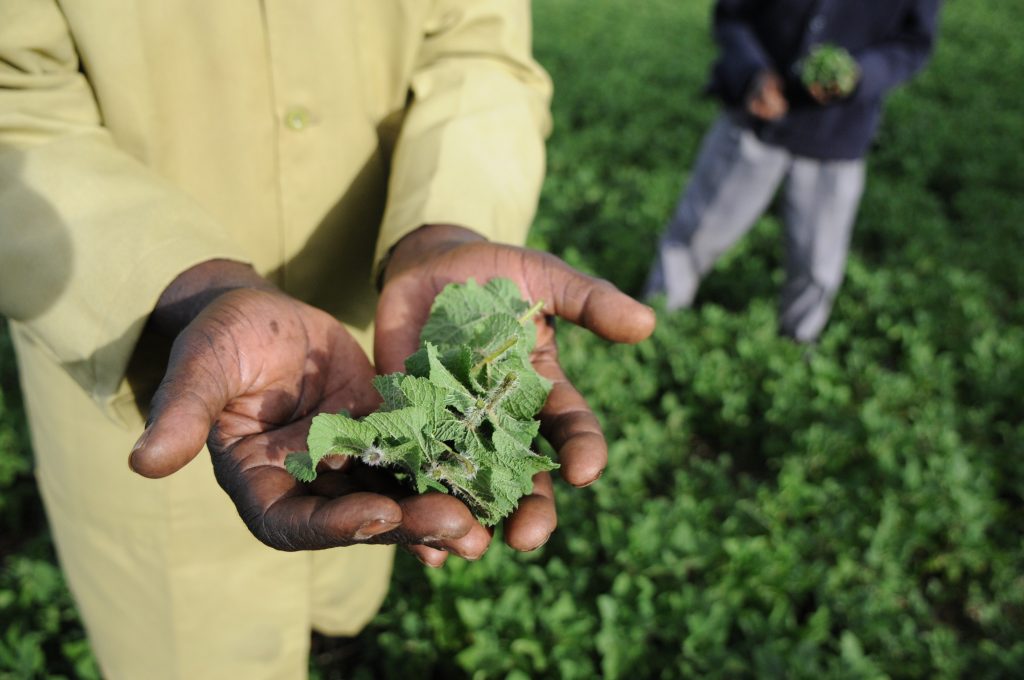 On June 9 – TANZANIA
Chef James John Mshana of the Pare people will prepare the Red Maasai Sheep Spit Braam. The sheep (Slow Food Presidium in Kenya), a native breed traditionally reared by the Maasai community in East Africa, will be donated by the Ngorongoro Maasai community. Traditional products will be showcased at the fair, including the Presidium for the Arusha Stingless Bee Honey, which almost disappeared because of deforestation and pollution but was revived in 1996 thanks to the women of the Umangu association. Native to East Africa, the Oysternut, or ‘Kweme’in Swahili, is Heritage Foods Africa first and flagship food: a traditional food source that is nutritious, easy to grow, and protects mountain forests. 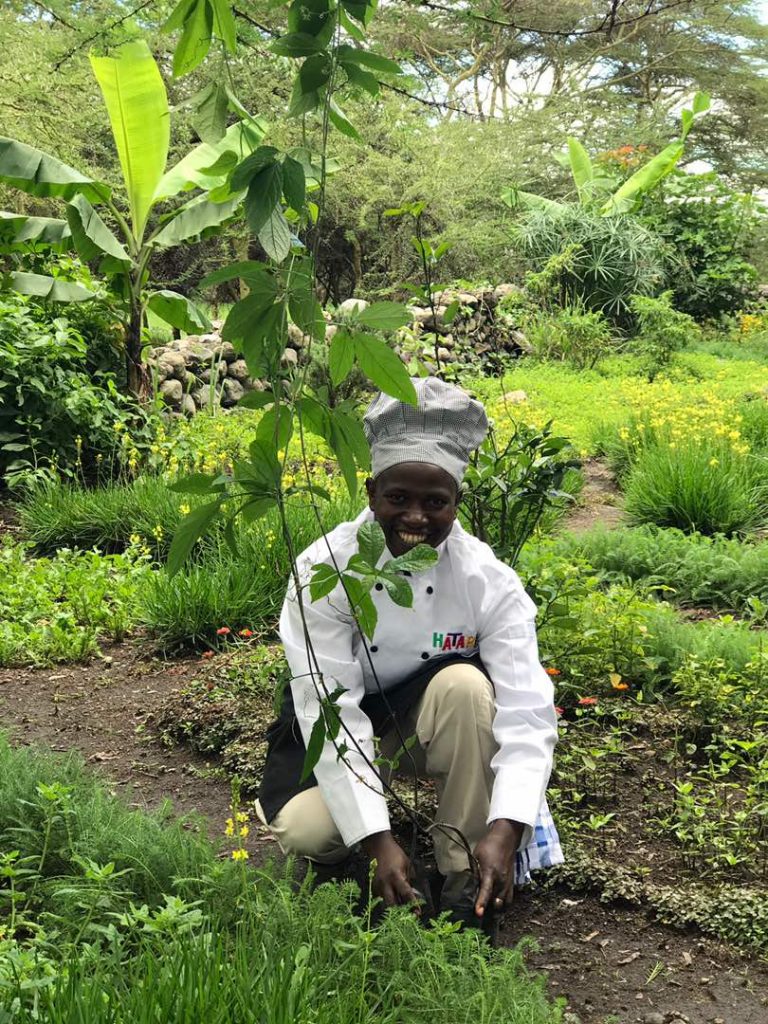 The seed grows as a vine in traditional agroforestry known as home gardens, which have been recognized by scientists as vital in protecting biodiversity and the livelihood of the community. The seed itself is 66% fat and 27% protein. While it is currently consumed locally, Heritage Foods aims to create a new line of products to commercialize this crop, so that local farmers can increase family income, secure a demising food source, improve community nutrition and preserve their forests. Several coffees, fruit teas, roots, tubers, leafy veggies, powders, seeds, honeys and bananas and local fruit varieties will be available, showcasing the rich biodiversity of Tanzania.

The partnership between Slow Food and Heritage Food Africa aims to encourage individuals and industries to strive for a sustainable, healthy and inclusive food environment through gastronomy. The joint mission is to transform our food environments through re-appreciation and safeguarding of a gastronomy that is rooted in local food cultures, inclusivity, taste, regional and seasonal food production, while also respecting biodiversity and planetary boundaries.

“The collaboration between Heritage Food Africa and Slow Food is timely and invaluable” – say Dr. Elifuraha Laltaika and Dr. Miriam Matinda, Directors of HFA. “In Tanzania and the East African region, there is no better and bigger hospitality trade fair to send a message that healthy heritage food matters, not only to small scale organic producers and consumers but also to the planet. I am confident that the HFA – Slow Food alliance in Kilifair is going to rejuvenate the passion across multiple sectors to rethink the regional and global meaningful conservation, support home gardens and prioritize climate change mitigation and adaptation for the benefit of our generation and generations to come.”

You will find the HFA&SF East Africa stand at the boot F18 (next to the food court and the Red & White Wine Cellar).