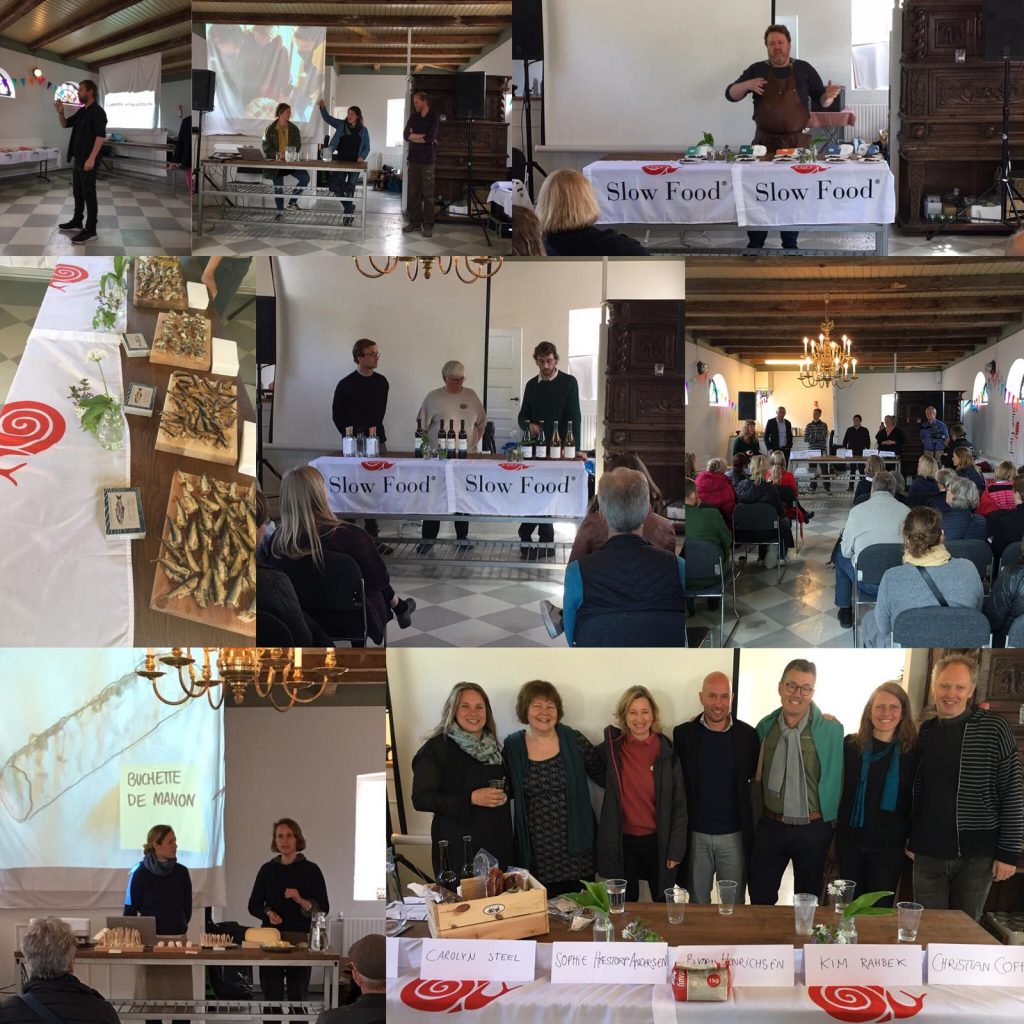 Over the last few years the Nordic region has seen a variety of festivals emerge focusing on debates, opinions and discussion – of course all the while enjoying food and or beers, but with the main purpose of having a space to debate and facilitate the meeting between the citizenship and decision makers, politicians, influencers and journalists, researchers and experts. In Denmark, especially “Folkemøde” on the island of Bornholm, in English called the People´s Democratic Festival, each year in June attracts more than 100.000 people.

This year for the first time ever, a group of highly influential people within the realm of food in Denmark, organized a festival of food debate. The group counted one of the founders of the New Nordic cuisine, Claus Meyer, a former minister of food and agriculture, the chairman of the Danish association for organic, the director of the Copenhagen Hospitality College and other prominent food scene giants, all organized by the Food Organization of Denmark (FOOD).

The goal was to create a range of conversations and debate about food production, the agro-industry, food and climate challenges, consumption patterns, Michelin gastronomy, food research, workshops for children and many other topics and activities in order to bring together different opinions, start debating the real issues and raising awareness amongst the public.

Over 150 events were held throughout 10th and 11th of May, framed by a marketplace with over 50 stands and visited by over 8000 people.

Slow Food was responsible for almost 10% of these events, because one of the eight stages was attributed to Slow Food Copenhagen, which ran a tight program of 14 different talks and tastings, highlighting the reality of small scale, high quality sustainable production, the relationship between rurality and city (with the brilliant Carolyn Steel), the history of Danish cheese production, discussing and tasting various products, like raw milk cheeses, Danish charcuterie from heritage breeds, discussing biodiversity and a range of other talks, tastings and topics.

The program and events of the Slow Food stage attracted full houses and a lot of curious attention from both professionals and visitors, most of which previously unfamiliar with the organization, and was praised by many as one of the most successful, interesting and coherent stages.

Slow Food Copenhagen also was responsible for inviting a large quantity of the producers in the market place, of course focusing on producers representing good, clean and fair values, being another highlight of the entire event.

The Madens Folkemøde, as the event is called, was a great success and we from Slow Food Copenhagen are very happy to have played such a positive role and represented and spread our values to such an extent. Being – as many of you are – a network of volunteers, we take great pride in being able to contribute high value and highlighting our heros of food, the people who work the soil.

The festival will return next year and we hope to get the chance to come back even stronger next year – who knows, maybe with some of you from the international Slow Food network present as well.

As COVID-19 swept around the globe, it reached remote areas where indigenous peoples have peacefully coexisted with nature for centuries. It amplified the problems created by climate change and inequality, and as they have done for centuries, indigenous peoples  continued fighting to keep existing. Showing once more their resilience, as peoples. Jose Amaury Machado Camizão …

Together for Slow Food Communities in Ukraine: united to support reconstruction and biodiversity

Julia Pitenko, leader of Slow Food in the country, describes the situation in the country and how the distribution of funds is progressing Against all hope, the war continues in Ukraine. Ceasefire still seems a distant possibility. As in all conflicts, those who pay the most severe consequences are civilians, millions of whom have been …

Latitude Iche is the first Joint Gastronomic Tourism Route in Ecuador, that is being implemented under the advice of Slow Food, in order to offer eco-gastronomic experiences based on the pillars of a good, clean and fair food culture. The Latitude Iche Route is being consolidated through the efforts of local stakeholders from different sectors, …