Slow Food Communities are spreading the message of biodiversity, agro-ecological practices, and fairness through the food chain. Projects like the Ark of Taste and the Slow Food Presidia give communities a tool to promote their products and preserve their traditions.

With more than 5000 products listed in the Ark of Taste, and more than 500 of those in the Presidia, Slow Food aims to shine a spotlight on these unique and bio-diverse products from around the world. Through these programs Slow Food activates its network to support Agricultural biodiversity.  We champion small–scale, family-based food production systems that are in danger throughout the world due to industrialization, genetic erosion, changing consumption patterns, climate change, the abandonment of rural areas, migration, and conflict.

These projects and these communities represent both the diversity and the richness of the Slow Food Network. Their desire to revive local products, essential to the communities themselves and to the ecosystem that supports them, to save them from extinction and the loss of cultural heritage.

The following are examples of the work communities behind food biodiversity related projects are doing to promote the good, clean, fair mentality around the world. And the world Slow Food is doing to support and spread the message of biodiversity and the importance of supporting small-scale agriculture. 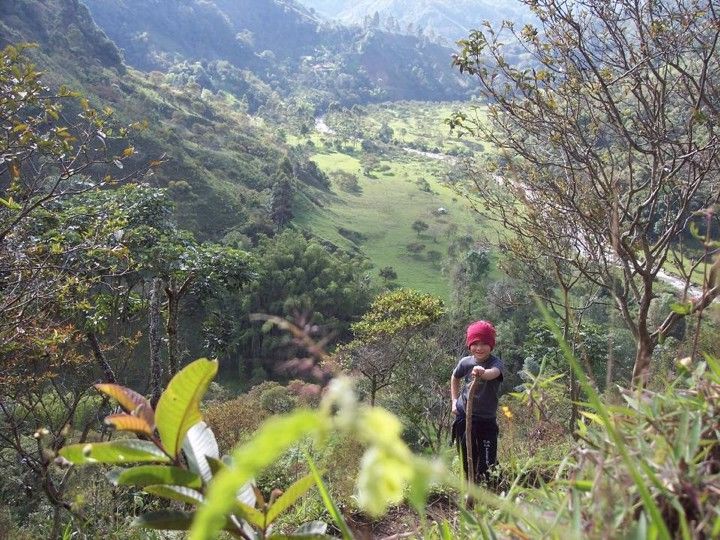 In the Nariño region of Colombia, located in the south-west of the country between the Pacific Ocean and the border with Ecuador, The Slow Food Ancestral Community of Nariño is a firm example of the diversity and richness of the Slow Food Network. This community’s goal is to contribute to the social, economical and environmental well-being of rural and urban communities.

Nariño, like the rest of Colombia, is a region rich in biodiversity. From the exuberant vegetation of the flat lands near the ocean, followed by the cloud forest at the base of the mountains, to the rugged highlands of the Andes Mountains, with peaks as high as 4700m. Before the Spaniards arrived in Colombia, Nariño had numerous indigenous peoples including the quilancingas, awa, chinches, abadaes, chapanchicas, among others who had lived off the land for centuries. Nowadays, the biodiversity extends to the people in the region. From African descendants in the area of Tumaco, a city near the ocean, to many indigenous communities who live in large holdings in and around the capital Pasto, and the city of Ipiales.

The Slow Food Ancestral Community of Nariño is committed to advance agro-environmental educational programs. The goal is to highlight the importance of protecting and conserving natural resources, preserving biodiversity, and supporting the local communities. Plus, paying a fair price to the rural and indigenous communities cultivating and selling their products at the local markets. These efforts contribute significantly to agricultural development, poverty reduction and the community’s food security.

Historically Nariño was a place of confluence for Mesoamerican and Andean cultures, and it has one of the richest genetic and cultural heritage when it comes to corn, for example. The indigenous, African-descendant and rural communities have preserved and cultivated native corn varieties within their production systems, and these varieties have taken on an essential role in ensuring the food security and sovereignty of the Colombian population. 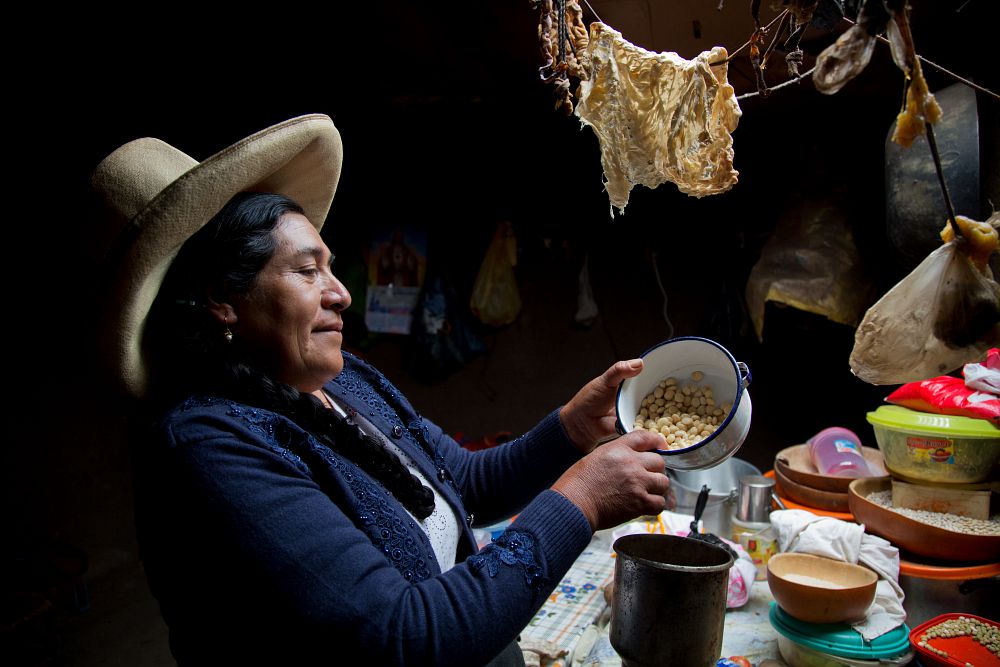 Nariño is an agricultural region producing corn, coffee, wheat, barley, beans, potatoes, and bananas on the lowlands. Agri-business is increasing its presence in the region and many native products are under threat. Slow Food Ark of Taste has cataloged vital agricultural products at risk of extinction due to lack of use. This includes an old maize varietal known as Canguil, which means fog or thin mist in the Quechua language, largely forgotten due to the introduction of foreign corn hybrids.

With less than three inches of rain a year, the cluster of 10 volcanic islands of Cape Verde suffers severely from drought. These dire conditions have forced many natives to emigrate and left the chain of islands bereft of vegetation. 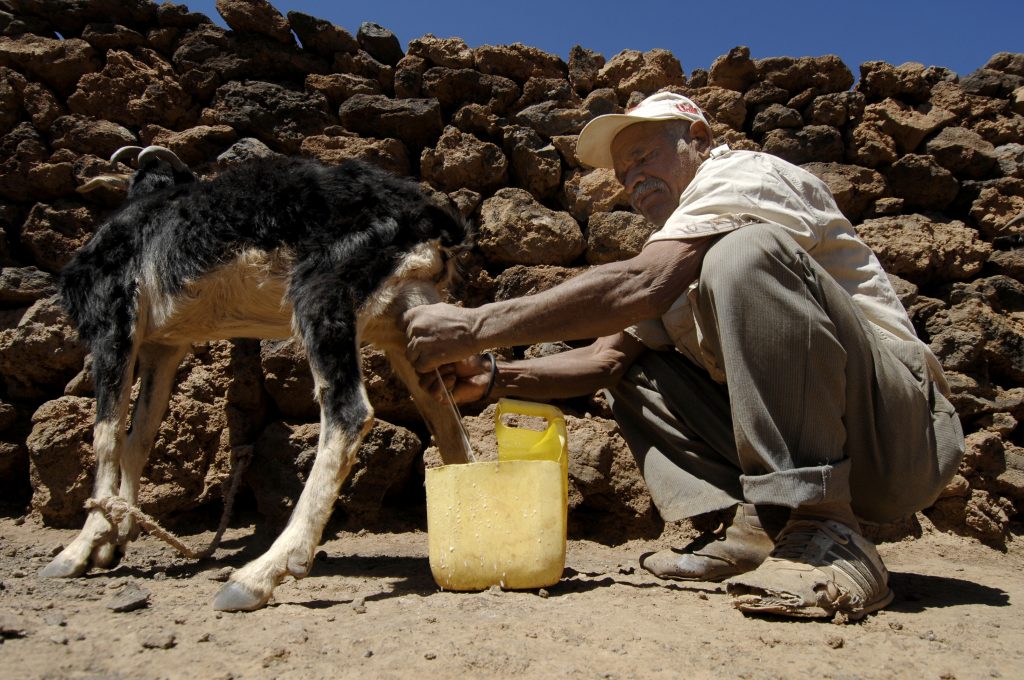 This severe scarcity of resources led a small nucleus of herders, in the relatively uninhabited plateau of Planalto Norte, to avail of the unassuming Cape Verde goat, which was imported to the archipelago by the Portuguese nearly 200 years ago. The small amount of milk produced by these goats is used to make an herbaceous, ivory-white, rennet-coagulated pure goat’s milk cheese in stone huts. Each step of the production process demands extreme care, particularly regarding water usage as its scarcity makes it an even more valuable resource for the community.

The methods employed to raise these animals and in the cheese’s production exemplify a local community’s capacity to weather harsh environmental conditions while also protecting their land and the traditions associated with it.

It is this spirit, along with the distinct flavor profile and processes of production which, which led to the inclusion of Planalto Norte’s goat’s milk cheese into the Ark of Taste. It was also awarded the ‘Slow Cheese Award’ in 2017. Emboldened by the recognition and exposure facilitated by Slow Food, the herders are now focusing on acquiring certification for their unique product. 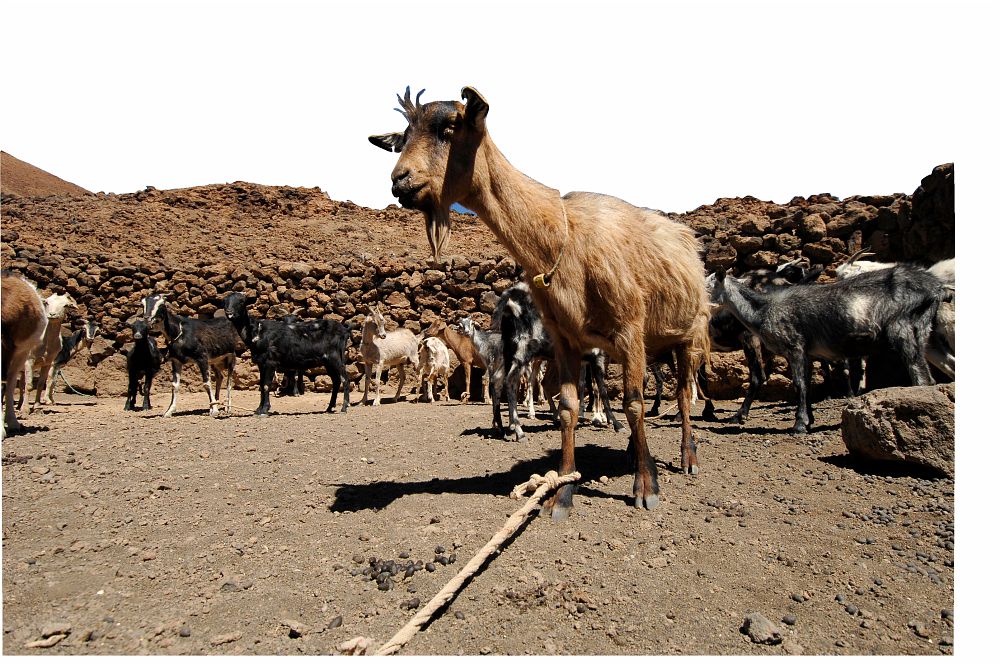 The Cape Verde goat, classed as a landrace, are able to survive on little thereby allowing a sustainable means for these isolated communities to earn a living. It is evident that the breeders have established a valuable relationship with these animals. Sacrificed only on special occasions, the animal is mostly reserved for consumption by the community and taken to the market for sale only in cases of extreme financial distress.

The promotion of indigenous seed varieties and supporting their keepers is fundamental to realizing Slow Food’s aim of ensuring good, clean and fair food for all.

Taiwan for the Preservation of Indigenous Biodiversity, based in Hualien, which lies on the country’s east coast, has been working relentlessly to expand the indigenous people’s seeds and vegetable conservation base. Between 2017 and 2019, the community successfully planted 28 varieties of indigenous plants and hopes to increase this number to 50 by the end of 2020.

Every three months, the Slow Food community organizes activities around seed exchange and conservation along with events that enable seed keepers to share their experiences in order to expand the knowledge base of the entire community.

According to the spokesperson of the community, Wu Hsueh-Yueh, they now wish to build “a platform of Amis traditional vegetables (ingredients) and (are committed to) their conservation and exchange”. The community has also tied up with the Hualien Tribal College program to work towards the conservation of seeds and wild plants.

One of these plants is a genus of ferns called Diplazium. All three of the species are edible but Diplazium esculentum is the most extensively grown. The other two, Diplazium dilatatum and Diplazium muricatum, are often found in the mountainous regions. Consumed when young, these ferns have rough, furled fronds that are easily mixed up when harvested. It is essential, therefore, to distinguish them from Athyriaceae species. They have been gaining popularity and have grown to become a symbol of the culinary cultures of the tribes that inhabit these mountains.

But the fern needs to be handled carefully. They possess ptaquiloside in high concentrations, particularly when young. Ptaquiloside is a carcinogen and has been scientifically proven to cause cancer of the stomach. However, it is water-soluble and decomposes at high temperatures. Therefore, it is often eaten boiled.

At the moment, local farms such as Hualien Bay, Shoufong and Tafalong serve as bases for planting, breeding and conservation activities. The Slow Food community is dedicated to mapping the local biodiversity of the region as well as nominating more products for the Ark of Taste.

Pardhailhan is a small village located in Southern France in the Languedoc Region.The community is formed by people who are not formally farmers, they practice agriculture as a secondary activity. Their goal is to safeguard and defend the Pardailhan Black Turnip, a vital product for the community.

Often the turnip is sold under the name of Navet de Pardailhan, which command a higher price. However, the specificity of the product is due to the soil and climate conditions giving a particular taste to the root. 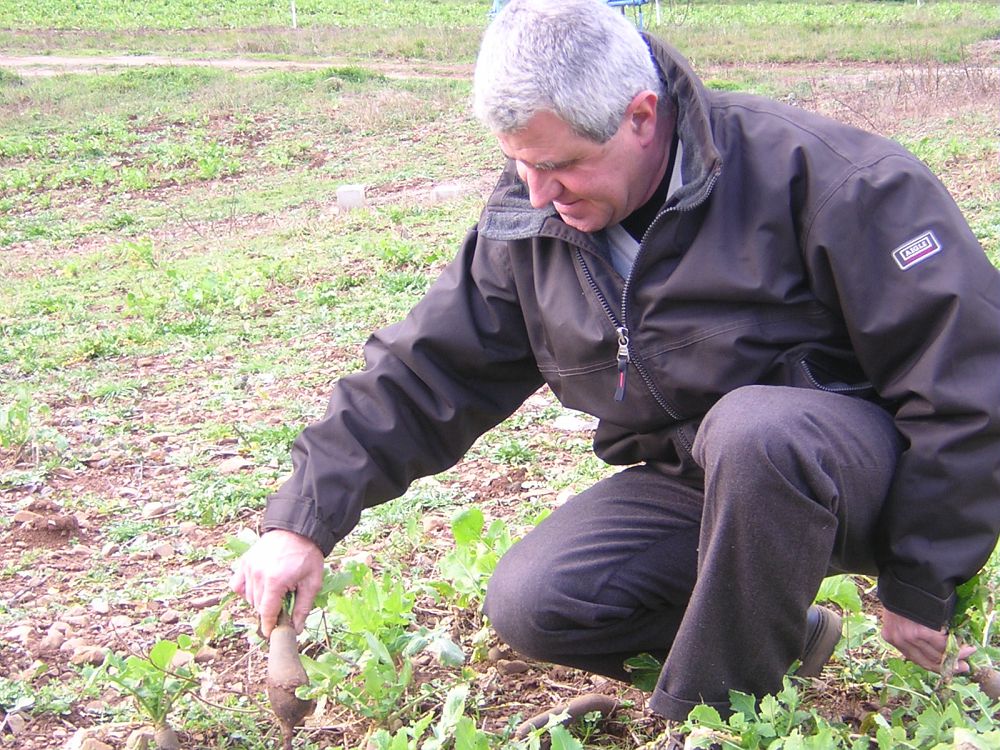 The Pardailhan turnip has been famous since the Middle Ages, and it was mentioned in the literature from that time. After the World Wars and the exodus of people to larger cities, turnip production has slowly decreased to the point of being under threat of extinction.

The climate crisis is affecting the production cycle of the Pardailhan turnip. August rains had been crucial to the germination of the seeds planted for fall and winter harvest. However, the rains have become unpredictable and rare at times.

Turnips are often cooked with goose fat and sugar to make a delicious turnip-caramel, hard to imitate.

Elian Robert is the president of the community he has been trying for years to promote this product. He is passionate about sharing knowledge and recipes to use Navet de Pardailhan.

Community involvement is key to the development of a stronger network to value and protect the local biodiversity, the land, and the sovereignty of the people. Slow Food will continue to support communities around the world as the fight to protect their food and cultural heritage. Working toward a good, clean, fair food system.