Food loss and waste are serious concerns in Brazil. The amount of raw materials wasted at both the beginning and end of the supply chain is staggering. Fortunately, some well-known chefs are spreading awareness and working to resolve the issue.

In 2016, a few responsible chefs took action in Brazil, turning public attention to the issue of food waste and setting an example for others. From famous Italian chef Massimo Bottura who turned wasted food into meals for the homeless at the last Olympics held in Rio de Janeiro, to Slow Food Chefs’ Alliance chef and leader of the Slow Food Youth Network (SFYN) Brazil Caio Dorigon, an active player in a nation-wide effort to reduce food waste and raise awareness. 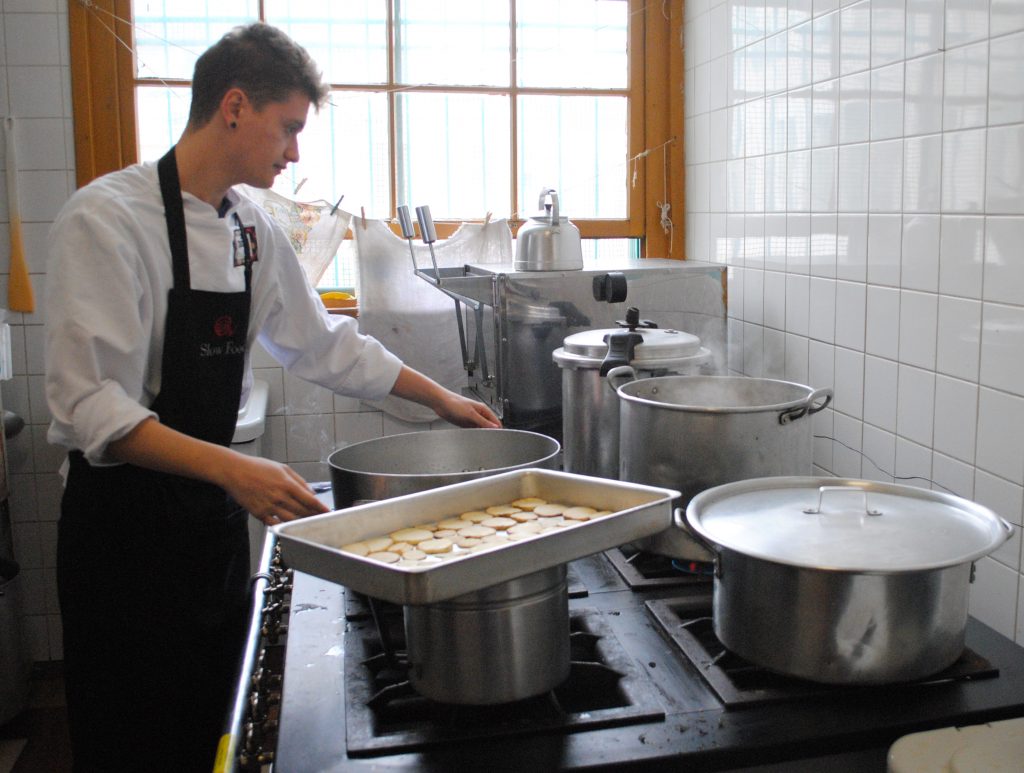 Caio decided to pursue gastronomy after obtaining a degree in advertising and working in the field for a few years. Since then, he has become a significant influencer within the Slow Food Brazil network, cooking and organizing events against food waste, in collaboration with the Chefs’ Alliance.

A popular event to highlight the issue of food waste is the Disco Xepa (Disco Soup)—a collective cooking activity involving the preparation of otherwise wasted food into a soup that is served to anyone who joins. The word Xepa in Brazilian Portuguese refers to products that people purchase at the end of the day for low or no cost, because they didn’t sell. Disco Xepa events are open to the public and to all ages. The goal is “not just to party or to cook; but also to educate on food waste”.

In July 2016, Caio led the SFYN for the celebration of Disco Xepa Day. On this day, 14 cities throughout the country held the event collectively, giving it a more focused impact. Caio believes that Disco Soup is an effective model to bring the Slow Food network together in person and to concentrate on food waste: “This is an important subject that is very easy to see and communicate to the public.” He also notes that when volunteers go to collect food destined for the dumpster, they are often shocked by the quantity of waste they witness. 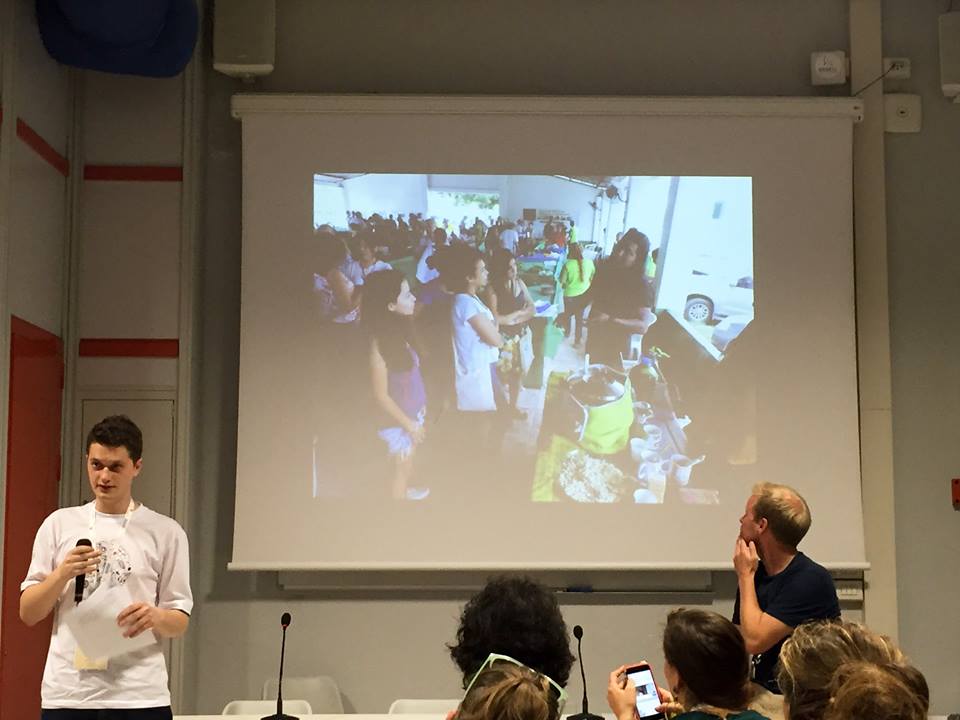 Beyond sharing a meal, the events provide SFYN the opportunity to educate the community on how to reduce waste. On Disco Xepa Day 2016, the convivium held talks, demonstrations and workshops where participants were taught how to cut, clean and cook the collected produce. Disco Xepa also created the Practical Guide to Organizing a Disco Soup in order to make the events more replicable. The guide includes helpful information and contacts for the event, facts on food waste and explanations about the importance of raising awareness.

After the success of Disco Xepa Day in Brazil, Caio proposed an international Disco Soup Day to the entire Slow Food community during Terra Madre Salone del Gusto, to be held on April 29, 2017. Thirty countries have already signed up and Caio is hopeful that the event will be engage the network in a deeper conversation on reducing food waste all over the world.

If you are interested in getting more information or taking part in World Disco Soup Day 2017, click here to visit the Facebook page of the event. You can also send an email directly to Caio at [email protected]