Archive » Slow Food and China: Together for Food Education 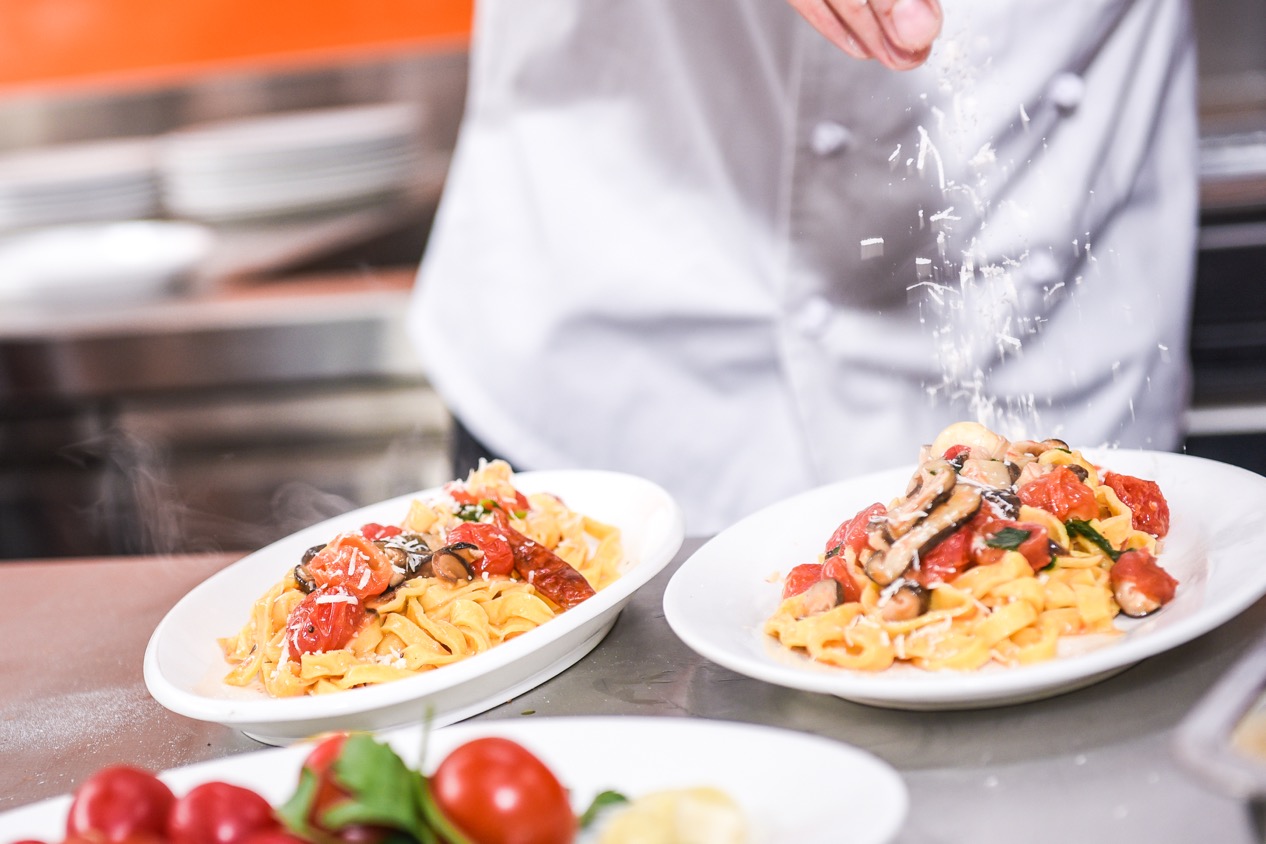 In collaboration with Agenzia ICE (Italian Trade & Investment Agency), Slow Food Great China has chosen the theme of Italy and the Master of Food format for a program of events and tastings that reflect the importance and meaning of choosing local ingredients.

Six Master of Food courses (respectively on pasta, pizza, oil, Sicily, Lazio and Trentino-Alto Adige) and a Cooking School for Chinese chefs are part of the new project successfully launched in June by Slow Food and ICE. It will continue throughout the summer and autumn, coming to an end in November.

Slow Food Great China was founded in 2015 with the primary objective of giving value back to China’s rural areas. From the start it has been developing activities with small-scale farmers and food producers across this immense country who were already working in harmony with the Slow Food values: safeguarding traditional foods, maintaining sustainability in production processes, protecting and strengthening biodiversity. At the same time, aware of the strategic importance of informed, critical and motivated consumers, the association began working on an educational program that would address both citizens, actors whose food choices have the power to change food production methods, and chefs and cooks, a vital link between producers and consumers.

Since Chinese producers and consumers both look with interest to the Western model, Slow Food Great China has chosen to use virtuous examples from the international Slow Food network as a blueprint when constructing its programs, with the Italian example proving particularly inspirational. The quality of the country’s food and wine heritage is renowned all over the world, and it is also here that the Slow Food association was founded more than 30 years ago and continues to be very active. 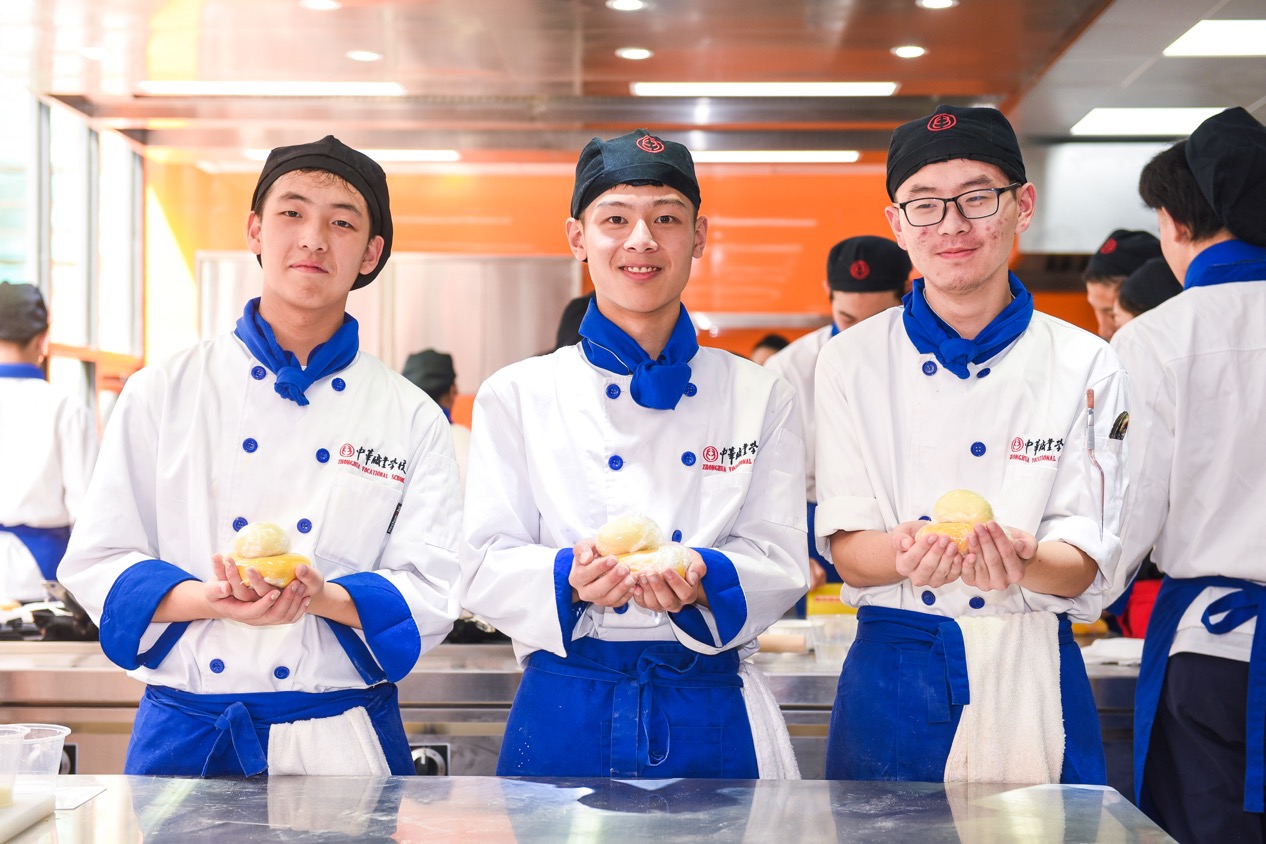 Thanks to the support of ICE and Slow Food, Slow Food Great China have been able to set up a program of events and tastings that highlight the importance and meaning of using local ingredients, taking Italian cuisine as an emblematic example. Leading professional training centers and institutes specializing in the food sector in some of China’s major cities have been hosting a cycle of courses. These also follow an Italian model, namely the Master of Food program that Slow Food Italy created around 30 years ago and through which thousands of Italians have been educated about good, clean and fair gastronomy.

“Coming up with cooking courses is a first attempt to work with local ingredients, to promote the local culture through gastronomy, to teach the younger generations the pleasure of food. And what better teachers than Slow Food’s chefs and trainers from Italy?” asked Sun Qun, the founder of Slow Food Great China and a member of Slow Food’s International Executive Committee, as he talked about the new collaboration between Slow Food, Slow Food Great China, the University of Gastronomic Sciences in Pollenzo and ICE.

The objective is to create an educational program for the benefit of Chinese citizens, cooks and young people, as they are the main drivers of food choices, able to change the way food is produced and consumed.

“The Italian way is an optimistic way; it is open to a fusion of cultures and it has an international spirit. With this program we don’t want to teach Italian cooking; the goal is to use the values and strengths of Italian regional cuisines as a model of how local culture can be promoted. China is undergoing tremendous urbanization and we consume foreign products more than ever before. We want to explain that eating locally is both tasty and easy, and healthier both for our bodies and for our country,” concludes Sun Qun. 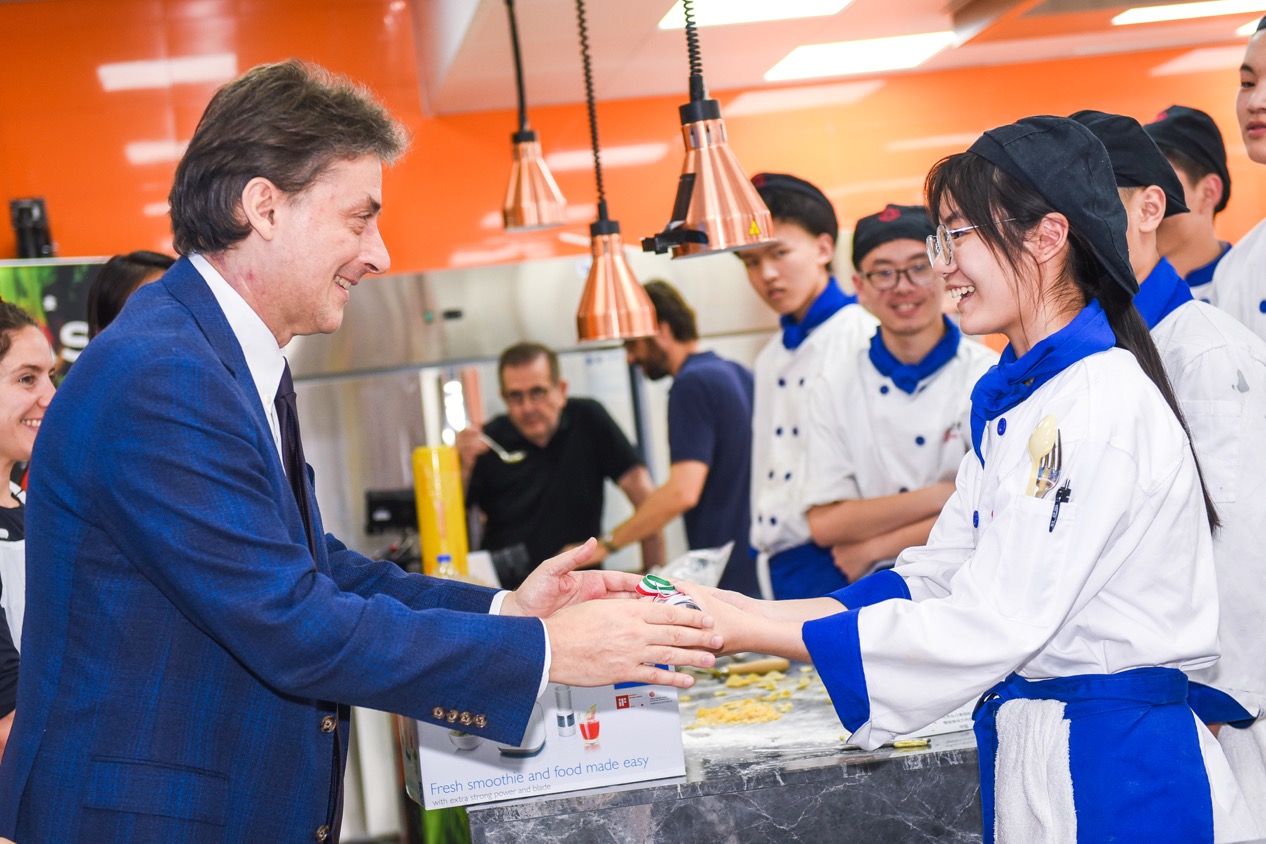 “The Master of Food is a consolidated format with 30 years of history. With this project Slow Food became a pioneer in food education in Italy,” explains Stefania Durante, who runs the project for Slow Food’s education group. “The great added value of the Master of Food program has always been its focus on food production chains and production methods, starting from local areas and geographical origins. The Master of Food courses continue to strengthen people’s awareness and appreciation for the great heritage of local agricultural products. From this point of view, education about production, gastronomic traditions and regional cuisines can represent a virtuous example, a model to be followed in order to launch food education projects in Chinese schools that take a recognition of the value of one’s own gastronomic knowledge as a starting point.

The first topic? Pasta! On her return we interviewed Elena Sandrone, a Slow Food educator who had been working together with the students in China.

Elena, what did you enjoy the best? And what do you think the students appreciated the most?

Today, food media is everywhere. The new generations, as much in China as in Italy, are more used to taking photos of food than eating it, and in general they are losing a vocabulary of emotions and sensations generated by the sensory experience. So, it was gratifying to “provoke” the students a bit by pushing them to taste unfamiliar ingredients, to smell and touch the different doughs, to try new combinations and handling techniques.

In a world where relationships are growing increasingly cold, I believe that food can represent a powerful tool for creating emotional connections between younger people, especially when accompanied by a gastronomic narrative of the kind that Slow Food promotes.

I believe that the students had as much fun as me and it was exciting to see so much curiosity for our culture.

Pasta has become a symbolic food for Italian culture, but kneading dough is a practice that belongs to the whole world. What similarities did the students notice and what cultural differences did they comment on?

China and Italy, contrary to what one might think, developed their pasta-making techniques independently and simultaneously. This story of influences and contaminations has in both cases generated an enormous gastronomic diversity.

For this reason, it is interesting that, aside from the raw materials, there are some unusual similarities between the two countries when it comes to preparation techniques. One example that I brought with me to the students is a very particular Sardinian pasta, made from durum wheat semolina and water, called su filindeu, a product found in the Ark of Taste. It is produced with a long series of movements and folds very similar to those used when preparing Chinese Iamian noodles

One of the main differences regards the tradition of egg pasta, and stuffed pasta in particular. Chinese dumplings require a dough that is soft and flexible, much thicker and more workable than our thinner version, which doesn’t dry out so easily. And it was extraordinary to see how, at the end of Master, next to some cappelletti there were some jiaozi prototypes made egg dough!

The workshop’s objective was also to make the students think about their future professional roles. To use the words of Carlo Petrini, the cooks of tomorrow have the responsibility to “look at the world beyond the stove,” and to make wiser choices about what to put on the plate.

For this reason, the ingredients were carefully selected. For the egg pasta dough, it was decided to use Hongtutou wheat flour, which is a landrace wheat variety present in the Chinese Ark of Taste. We also decided to use meatless versions of traditional recipes, like soup with tridarini (pasta made from cutting up scraps of imperfect sheets of pasta dough) and Belluna Valley Giàlet beans, a Slow Food Presidium. 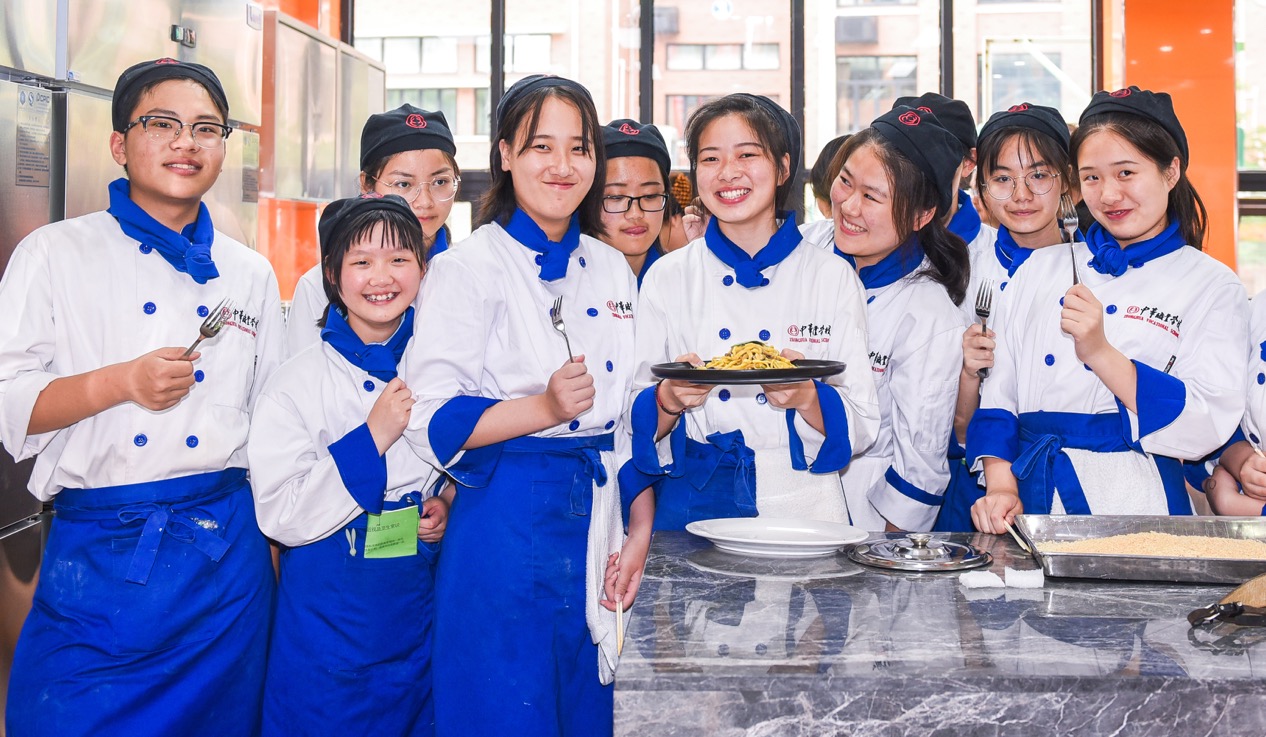