David Beriss, Slow Food New Orleans member and Anthropologist at the University of New Orleans, recently participated in the event Slow Fish 2016: Gateway to the Americas, organized by his chapter in March 2016. He shares his perception of the event.

Last month I wrote about the existence of the food movement, which a Washington Post writer had suggested did not really exist. I can now confirm that the movement exists. I saw it myself.

A few weeks ago, I participated in “Slow Fish,” an event organized by Slow Food New Orleans. This had all the trappings of a movement, and sort of felt like a revolutionary assembly of food activists. Slow Fish takes place every two years, historically in Genoa. This year was the first time the event was held in North America. Participants, including fishers, fish mongers, fish transporters, fish processors, chefs, activists, scientists, artists, filmmakers and students came from all over the world, a majority from the U.S. and Canada. They were there to discuss the state of the world’s fish and fisheries, as well as the environmental, economic, political, and cultural context that turns fish into food for millions of people.

I did not think of myself as any kind of fish expert going in, however I live in New Orleans, where fish and seafood are central to our culinary life. One of our local restaurants has the slogan “friends don’t let friends eat frozen fish” and devotion to local seafood is serious.
Of course, I also know that our local fishing industry has been in trouble for a long time. Competition from imports, conflicts over environmental regulations, disasters like the 2010 BP spill, coastal erosion, and more are making it increasingly difficult for fishing families to make a living. We don’t like to acknowledge it, but even in New Orleans, there are restaurants and grocery stores that sell mostly imported seafood.

These contradictions are probably a good reason for holding Slow Fish here. But it is easy to get caught up in our local debates and to lose sight of how the issues we confront are similar to problems elsewhere. I went to the event in search of the kind of global perspective that Slow Food could provide.

That slogan about friends and frozen fish, for instance, could probably use some revising. The point, for the restaurant that uses it, is to assert the value of eating local fish. So I was surprised to hear Slow Fish delegates argue for eating fish-often frozen-from hundreds of miles away. This was part of a discussion of “value chains,” a concept used to focus attention on the entire process of catching and distributing fish. My relationship with a local fisher  means that I can be relatively certain of the origins and quality of the seafood I purchase there. I can also assume that the fishing family I buy from is receiving most of the revenue from my purchase. That relationship is a value chain, albeit a rather short one, in which I can have confidence because the participants-the fishing family, the market managers, and, of course, me-are all people I trust. But these chains can be longer, with processors, distributors, and retailers between the fishers and the customers. The value chain, however, only works as long as information and relationships involve actual people. Rather than put one’s confidence in the supposed efficiencies of the anonymous market, the value chain concept suggests that we should only trust seafood that comes from and through people we trust, people who can assure that the food meets the Slow Food standards of “good, clean, and fair.” This emphasis on the relationships between people, rather than on the product, makes perfect sense to me, as an anthropologist. 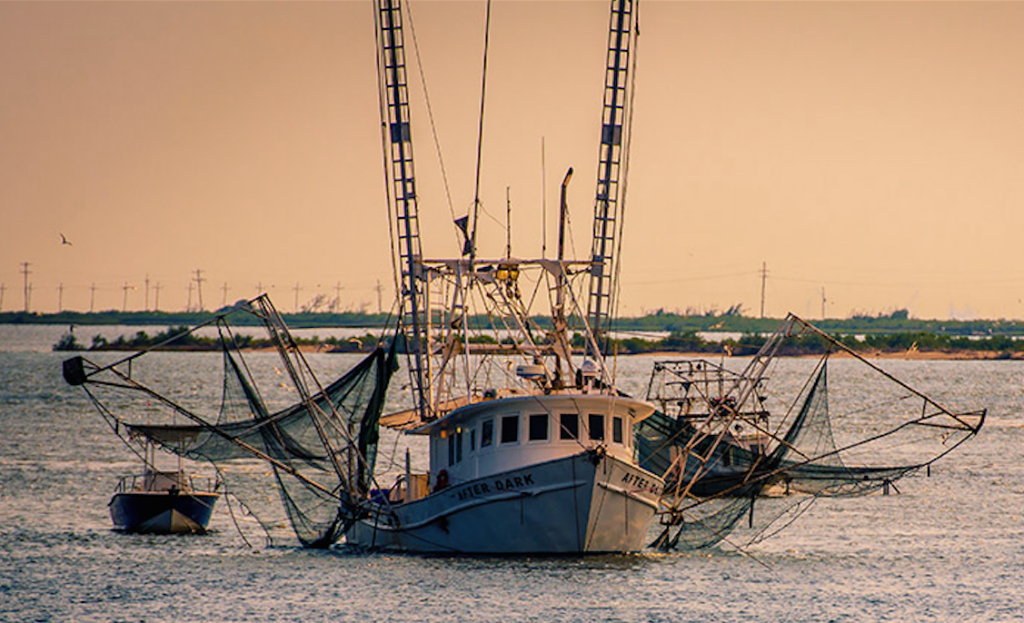 Along with rethinking distribution, Slow Fish challenged my ideas about the source of fish-the sea itself. I had long assumed that the world’s oceans were open territory, where fishers roamed more or less at will in search of their catch, limited mostly by the territorial rules of governments and environmental regulations designed to preserve fisheries. It turns out, however, that some of those regulations have led to a kind of privatization of the seas, through which a combination of corporations and environmental organizations have managed to reshape regulation and control of fisheries. Some of the most intense discussions at Slow Fish focused on “catch share” programs. Although details seem to vary, the central characteristic of these programs is that the total quota (Total Allowable Catch, which is scientifically established) for different species is divided in percentages and given to individual fishers, boats, or organizations (another term for this is “individual fishing quotas”). Catch shares become private commodities, so fishers may opt to sell their rights to the highest bidder, or lease them to other fishermen, temporarily or permanently leaving the business.

Environmental organizations, like the Environmental Defense Fund and the Nature Conservancy, are supporters of catch share programs, as are promoters of free market solutions for social issues, who frame this as a way to bring market efficiencies to an environmental problem. Among the fishers at Slow Fish, however, opposition to catch share programs was fierce. Criticism focused on the idea that catch shares were leading to a sharp reduction in the number of people who could make a living fishing. They insist that this market-oriented model is leading to a corporate takeover of the seas. In some fisheries, shares have been bought up by owners of fishing fleets, or by corporations. In some cases, fishers have to lease their quota for up to 80% of the landed value of their fish. In other cases, they are hired to fish those corporations’ quota, creating what was called a kind of fishing “serfdom” at Slow Fish. There have been some recent scandals involving owners of large numbers of catch shares. The displacement of local fishers, the transformation of fishers from small business owners into fishing sharecroppers or deckhands on corporate boats, and the disruption of efforts to eliminate bycatch (species that are caught accidentally, often perishing before they can be returned to the sea) were among the many questions raised about catch share programs.

There were, of course, many other issues discussed and questions raised at Slow Fish, more than I can account for here. Fish farming, aquaponics, fishing gear and related regulations, conflicts with sport fishers, efforts to popularize so-called trash fish, stories of fishing families, fish processing, fish politics, etc., were all on the program.

On some deep level, of course, the event was not really about fish. It was about humanizing the relationships between producers and consumers of food in ways that challenge a system that is otherwise dominated by anonymous markets and large corporations. And this, it should be clear, is what a food movement looks like.

This is an edited version of David’s article. The original article was first published in Food Anthropology.