“Know your fisherman!” “Know your seafood!” These are two of the key themes of the storytelling and community building at the Slow Fish New Orleans 2016 event, to be held March 10-13 at The Old U.S. Mint, New Orleans. Fishers, chefs, scientists, students, activists and those who create community around seafood from all over North America will be uniting in stories, food, music and art to address the successes and challenges of the common vision for good, clean and fair seafood to all.

“Slow Fish is critical for our coastal and inland communities,” said Michèle Mesmain, International Coordinator for the Slow Fish campaign. “We need this campaign more than ever as ecosystems are shifting faster than at any time in history, policies to privatize the ocean commons are widespread, and the public is completely disconnected from fishers.”

Telling their stories from the water up, attendees will focus on developing and sharing solutions to some of these challenges, which are common among fishing communities regardless of geography. Most of all, they’ll highlight paths toward improving access to fresh local seafood for everyone. 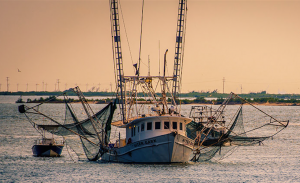 This narrative comes at a critical time for global fisheries, particularly those in the U.S. “More than 90% of the seafood consumed in the U.S. is imported, half of which comes from aquaculture, according to recent statistics. Worse, many consumers don’t even know where the farm-raised products come from, or whether it was subjected to hormones, antibiotics or disease because of vague, deceptive or lack of labeling,” said Brett Tolley, Community Organizer for the Northwest Atlantic Marine Alliance.

Hosted by Slow Food New Orleans, this event aims to restore the connections between community-based fishermen, chefs and the public by creating local communities following the principles of Slow Fish, domestically and globally, to identify common challenges, such as cheap imported fish and shellfish or coastal erosion, and develop effective solutions. The goal is to help coastal communities reframe the story of our oceans and realize our vision of a healthy seafood system that makes local sustainable seafood available at a fair price while supporting local fishermen.

Slow Fish New Orleans 2016 will feature a series of compelling, informative sessions on a variety of themes, including cooperative fisheries management involving state and local governments as well as local fishermen; cross-boundary issues involving global trade and local markets; educating the public about fisheries issues and the importance of buying local; and watershed storytelling by fishermen who are helping to weave the U.S. sustainable fisheries narrative. And of course, visitors will be able to eat and celebrate the bounty of the bayous surrounding New Orleans!

Some additional highlights of Slow Fish New Orleans 2016 will be: