Beautiful and rich in biodiversity, coral reefs are also fragile ecosystems that are under increasing threat from human activities and climate change. With a new project, the Slow Fish Caribbean network will be encouraging the preservation of the area’s local biodiversity through sustainable models for managing food resources.

The oceans are a resource for the whole planet and one of humanity’s common goods, helping to protect not just biodiversity and the climate but also serving as the primary source of food for over a billion people and a source of income for millions of families around the world. But they have also been compared to a sheriff-less wild west, where the law of the strongest prevails, and are currently under serious threat. If a new approach is not taken to fishing and consumption, moving towards the global management of a common heritage of limited resources, the disastrous social and environmental consequences of current practices risk becoming irreversible.

In the fishing sector, Slow Food is battling the mechanisms of a globalized food system based on the intensive exploitation of resources, and uses its close-knit and impassioned Slow Fish network to support fishers, fish farmers, chefs, consumers, journalists, educators, volunteers, members and many others who are doing their bit to produce or consume fish responsibly and to protect marine resources and biodiversity.

In particular, along the Quintana Roo coast in Mexico, in the Sian Ka’an and Banco Chincorro Biosphere Reserve, and in the Seaflower Biosphere Reserve in the San Andrés, Providencia and Santa Catalina Archipelago in Colombia, the Slow Fish Caribbean network has recently launched a new project to promote the preservation of coral reef and coastal biodiversity, which is currently suffering from the overexploitation of natural resources. The beautiful beaches of these areas are only the most visible element of a combination of ecosystems as complex as they are fragile. They include forests, mangroves, coastal dunes and coral reefs, and are the focal point for a dense network of fishers and food communities who survive thanks to the synergy between the various elements of the local plant and animal biodiversity. 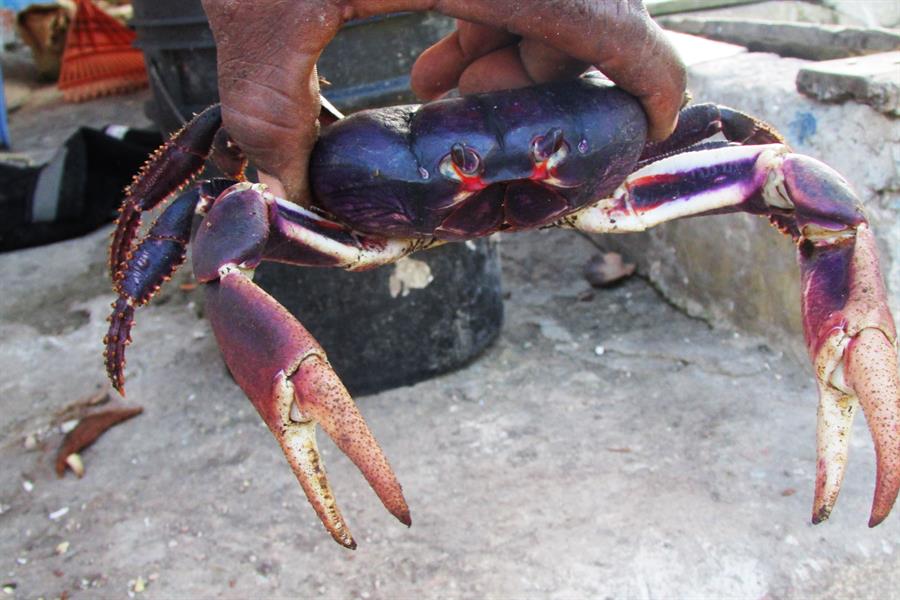 The project, funded by the European Union as part of the Contribución a la conservación de la biodiversidad marina y costera en la cuenca del Caribe program, will be officially presented in San Andrés, Colombia, on March 9. Realized in collaboration with Fundación ACUA and Corporación Coralina in Colombia and Colectividad Razonatura in Mexico, it will last three years and will rely on a network of local organizations in various countries in the region.

The project’s primary objective is the protection of marine biodiversity and the development of models for the sustainable use of food resources in protected areas. With its enthusiasm and local expertise, the Slow Fish network will seek to add value to traditional knowledge and strengthen the technical and administrative skills of the local communities, helping them to improve the management of natural resources and diversify their production. Food will of course play a central role in the creation of synergies that can increase the economic and social well-being of the communities and provide better access to traditional knowledge for all the members of the network, from fishers to chefs to ordinary consumers.

The initial phase of the project will involve a mapping of the areas involved: The Ark of Taste will be a key element of the research, in an attempt to safeguard and disseminate knowledge relating to the enormous heritage of breeds, species and food products that characterize these ecosystems and which are often overshadowed by the picture-perfect landscapes. This will be followed by training for the fishing communities involved in the project on various themes such as the integrated management of marine resources, economic activities that can provide alternatives to fishing and the creation of monitoring systems. In the final phase, the activities will be implemented in the local areas. In Colombia, the focus will be on strengthening the Providencia Black Crab Presidium, while in Mexico activities will concentrate on communities that fish for lobster (P. argus) through the collaboration of the Chefs’ Alliance network and the creation of a new Presidium.