Archive » Shanghai: the agroecological revolution begins with the Earth Market

“Our biggest hope is that the Shanghai Earth Market can support a better food system, giving consumers a channel to understand producers, and a platform for producers to show themselves. At the same time, I hope that the market will continue to insist on high quality, cleanliness, and fairness,” said Wu Min Rose from RosaGrange farm, one of the first farms participating in the new Slow Food Earth Market.

We are thrilled to announce the opening of the first Slow Food Earth Market in Shanghai, China, a monumental effort from the part of the Slow Food Shanghai Central. With twenty vendors displaying vegetables, figs, berries, dates, mushrooms, ginger, rice, tea, fresh flowers and more, plus a tent offering educational activities, the soft opening on August 8 was a great success, and they are now ready for the official opening of the weekly market on the 5th of September

In full Slow Food philosophy, the Shanghai Earth Market is going to become a place where farmers and consumers can meet and establish a community and build trust, with a greater objective to create awareness of the problems in the food system, while providing cooking demonstrations and educational workshops ideal for the entire family, like how to compost or how to grow your own plants.

The location is ideal for local neighborhoods, but also it is also reachable by train or bus, as it is housed on the ground floor of the MetroTown mall, in the ChangNing 长宁区 (cháng níng qū) sub-district, a family-friendly area hosting the Shanghai Zoo and the Zhongshan Park, two of the green areas most visited by the Shanghainese on the weekend. This will give customers the opportunity to try fresh produce and prepared foods, and learn a few tips while out with the family.

“Some foods deliver the most wonderful experience if eaten on the spot. Their taste and nutrition are time-sensitive, just like figs and tofu salad. There are some ingredients that many people don’t know how to cook anymore, and we can reintroduce them to everyone at the market, such as cabbage and glutinous rice. What the market means to us is to let everyone enjoy the variety and beauty of food face to face,” said Rose.

The demand for sustainable food is quickly growing in China, and particularly in Shanghai and in other more developed areas. The total area of certified organic agriculture cultivation increased more than five-fold between 2005 and 2018, to 3.1 million hectares, according to a 2019 government report.

Conversely, China’s organic agriculture sector faces some critical challenges, like the high cost of the certification process, or regaining consumer trust after fake organic certification labels have damaged the image of organic products, plus the prices for organic foods can be five to 10 times greater than other food. Even though in recent years a multitude of rural villages have benefited from government help, they face an uncertain future without a sustainable source of revenue. To slow down the continued abandonment of the rural areas producing food must become more profitable.

“To me, this opportunity means the practice of my belief in good, clean, and fair food. Slow Food Earth Market means a big philosophical brand of umbrella to Rainbow of Hope. It provides the exhibition window of Rainbow of Hope to the public, which I believe will be persuasive to the public and finally support my work. The biggest difficulties as a small responsible food producer are marketing and managing the marketing time with farming time efficiently. But I believe the Earth Market has the soul, which is possible to sustain it in the future,” said Yang Zongqiang of Rainbow of Hope farm 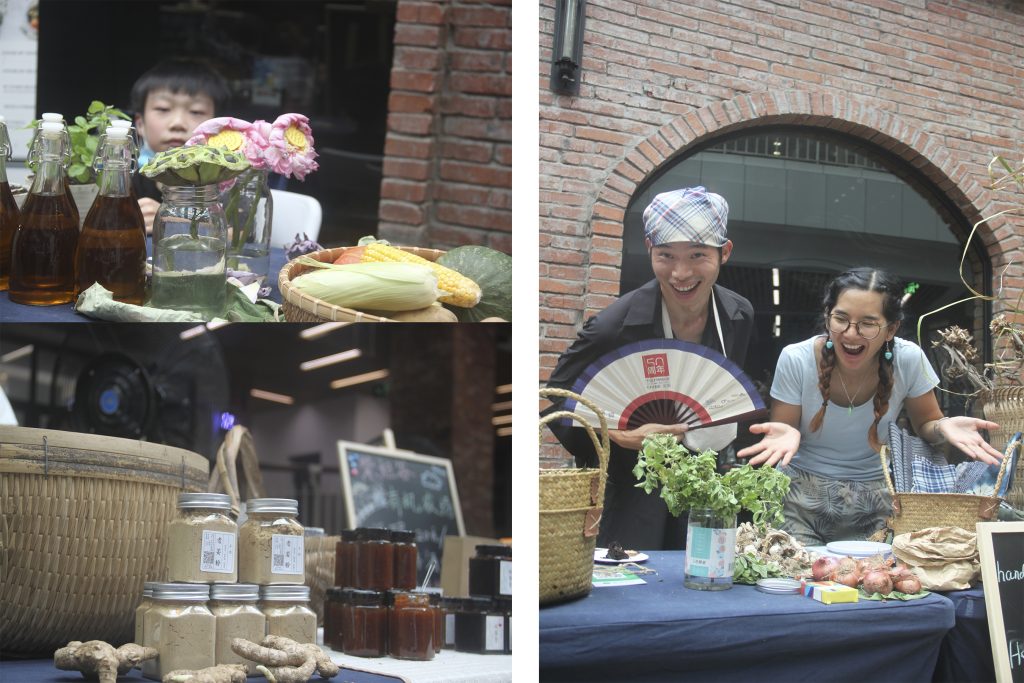 China ranked third in the certified organic area in 2017, after Australia and Argentina. Total organic sales in China ranked fourth globally, after the United States, Germany, and France; and the uncertified organic production is also widespread. State officials are wary of promoting the model more widely although it has to be said they remain skeptical that the organic cultivations are large enough to feed China’s huge population.

However, more and more farmers are working toward producing food staples; a great example is Jiangxi Organic Rice Farm Yao Huifeng, who since 2011 began cultivating organic rice, following agroecological principles, and educating consumers on the importance of a healthy land for a healthy product. Yao Huifeng is just the beginning, other farmers at the Earth Market have been promoting ecological farming for a long time, and see the opportunity to connect with direct consumers and like-minded producers.

“The concept of Slow Food is exactly my view of food as a small ecological farmer. The Earth Market is the most suitable market for our farm. More small scale eco farms join this market, and try a new way to make citizens know more about the life cycle of plants and food such as how the brown rice or whole wheat flour is made; how we can preserve food, or how to reduce food waste. I do love the concept of the Earth Market having more strict criteria on food. The biggest difficulty is logistics,” said Si Qin from Free Farm.

“The most rewarding aspect of the organization of the market is the very nice atmosphere which quickly established among the producers and between producers and consumers. The Earth Market is also a place of joy and smiles,” said Valtero Canepa, Convivium Leader of Slow Food Shanghai Central

The dream for a better life has caused the migration of hundreds of millions of people to the big cities. In 2018, about 831 million people lived in urban regions in China and 564 million in rural areas. Since 2009, China has tried to reduce inequality in household income or consumption, as well as for inequality in important social outcomes such as health status or educational attainment. But the income gap between urban and rural income continues to widen.

“Unfortunately, in China, there is a large gap between rural and urban areas and it is a major problem in the country’s economic and social development. A project like the Earth Market, if replicated in several parts of the country, can certainly contribute in some way to bringing two worlds closer together than at the moment speak too little to each other. Our hope and commitment will be directed to ensure that the Shanghai Earth Market can be an inspiration for many others,” said Sun Qun, member of the Slow Food Executive Committee and Secretary-General of Slow Food Great China.

Slow Food has supported local agriculture and biodiversity for 30 years; this and other Earth Markets show our commitment to a good, clean, and fair food system for everyone. 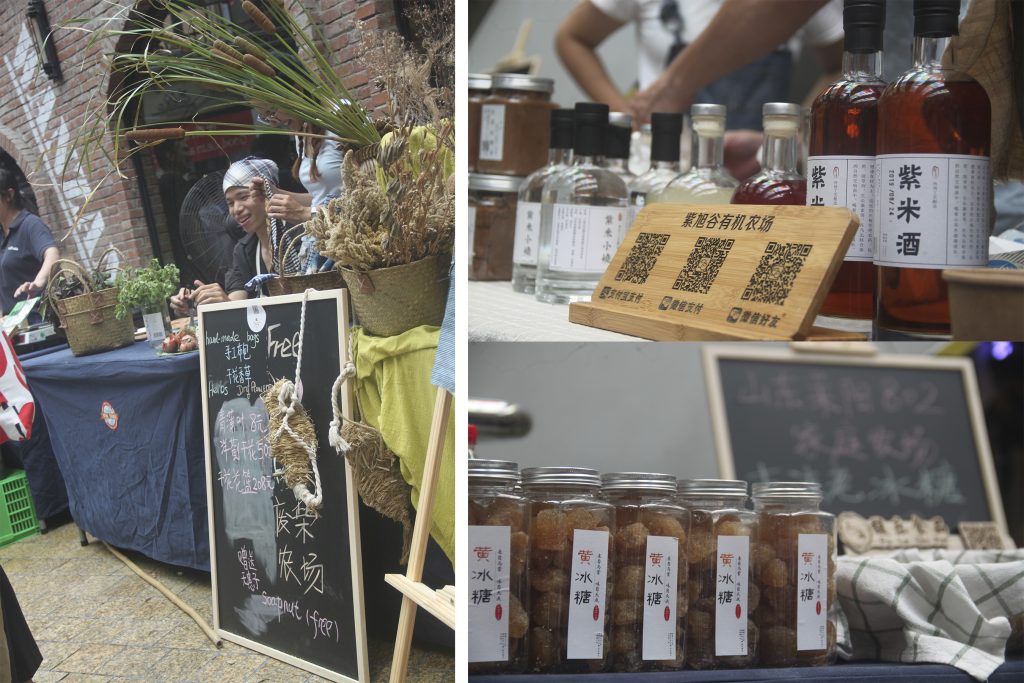