Groups across Africa are coordinating a campaign to raise awareness about the potential dangers of industrial agriculture. In the lead-up to World Disco Soup Day on April 27, SFYN groups will host dozens of events and run a widespread media and social media campaign. This campaign hopes to educate people about the need to support natural, sustainable agricultural methods and safeguard the traditions of indigenous peoples.

The rise of industrial agriculture in Africa, and along with it land grabbing for the intensive production of monocrops for export, and the introduction of foreign, genetically-engineered seeds, continues to threaten the future stability of food supply in the continent. These methods can contribute to land degradation, forest eradication, and the diminishing quality of formerly high quality produce, as well as lowering health and nutritional values of staple food crops**. SFYN Africa are one of several groups who are standing up against this potentially catastrophic wave of change.

SFYN groups in Lesotho, Rwanda, Uganda, Togo, the Democratic Republic of the Congo, South Africa, Benin, Ghana, Malawi, Kenya, Sierra Leone and Tanzania are teaming up with local organisations to put on an exciting programme of events all across the continent during April. These events rely almost entirely on dedicated and passionate volunteers. Ranging from casual eat-ins and student workshops to marathons and political lobbying campaigns, these events hope to raise awareness and action change at all levels of society, from the grassroots to the legislators. Here are a few examples of the events taking place:

The Slow Food Youth Network Sierra Leone Public Educational Campaigns programme was launched with the goal of offering solutions to strengthen clean, fair local economies, protect foods that are part of local heritage, and help consumers to understand the benefits of choosing organic products over industrial products. As part of the 2019 campaign, SFYN Sierra Leone is organising events with schools and local institutions to give kids the opportunity to learn while doing. They will utilise school grounds to create an organic vegetable garden, which the kids will be involved in maintaining. It will provide organically grown vegetables for midday school meals for kids, and the school gardens are intended to be used as a demonstration plot to create a manual helping to create bio-intensive community gardens in different areas and situations.

SFYN Lesotho has arranged school visits to talk about the importance of growing your own food, as well as making students aware of their consumption habits and how it affects them in the long-term. SFYN Lesotho is also organising a lobbying campaign based on making agriculture a mandatory subject in schools. On World Disco Soup Day (April 27th), several major national and international groups such as UNICEF, the US Peace Corps, the Lesotho Chefs Association, Vodacom, the Ministry of Agriculture and Food Security, supermarkets, and the World Health Organisation will specifically be delivered invitations to the event in Maseru, the capital city, in order to bring the issue to wider attention.

Members of the Slow Food Youth Academy for Uganda, along with members of the public, will attend an Eat-in and Thematic Workshop on the topic of Natural Agriculture vs Industrial Agriculture on Friday, April 12th. Then a large World Disco Soup Day event will be held in Mukono District on April 27th.

SFYN Benin has organised two Food for Change Marathons to raise awareness in the general public about the practical impacts of climate change, and the importance of having methods in place to adapt to and mitigate the impacts of changing weather patterns and extreme climatic events. As part of the event, they will plant seedlings of trees in public spaces. They will also promote recipes for local dishes and prepare delicious Disco Soup meals that will be handed out to marathon runners at the finish line! 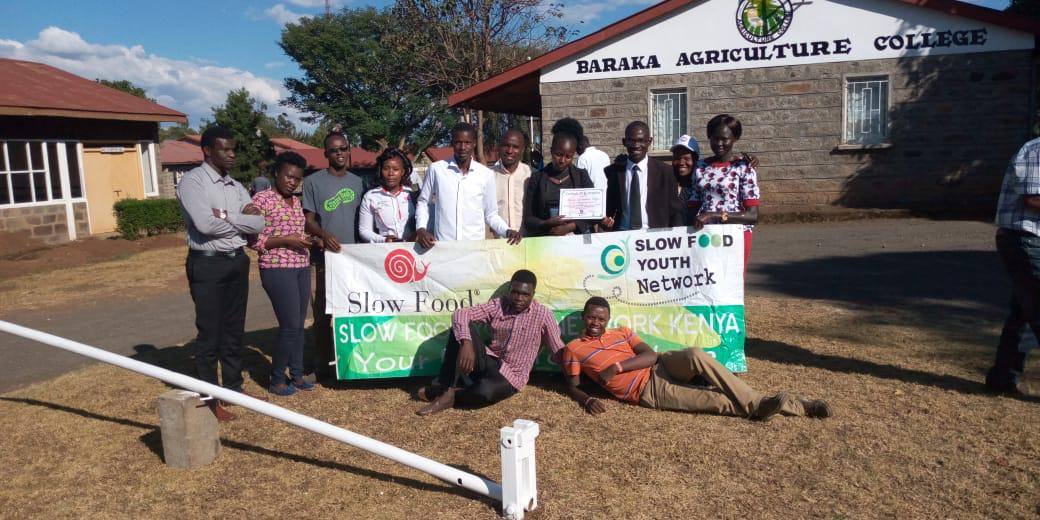 Instead of a marathon, SFYN Kenya opted for a 5km walk targeting consumers in urban areas who might have no idea about food production. SFYN Kenya have also organised food and taste education workshops to be held at numerous secondary schools and colleges. These will involve guided tastings for students of food crops locally produced in a natural way. There is also a debate organised to take place at two of the secondary schools on the topic: “Natural Agriculture VS Industrial Agriculture”. SFYN Kenya have also landed time slots to speak on two local radio stations, where they will talk about the importance of natural agriculture as opposed to Industrial agriculture

Democratic Republic of the Congo

Together with Slow Fish and the local Slow Food convivium, SFYN RDC is running a busy programme for World Disco Soup Day aimed at raising awareness about natural agriculture, forest preservation, and protection of indigenous cultures. This programme includes a visit to an orphanage of girls from an indigenous community, a demonstration walk through Goma, and of course a Disco Soup lunch together with all the participants. In addition, SFYN will carry out an online campaign sharing facts about natural agriculture and forestry preservation on social media. 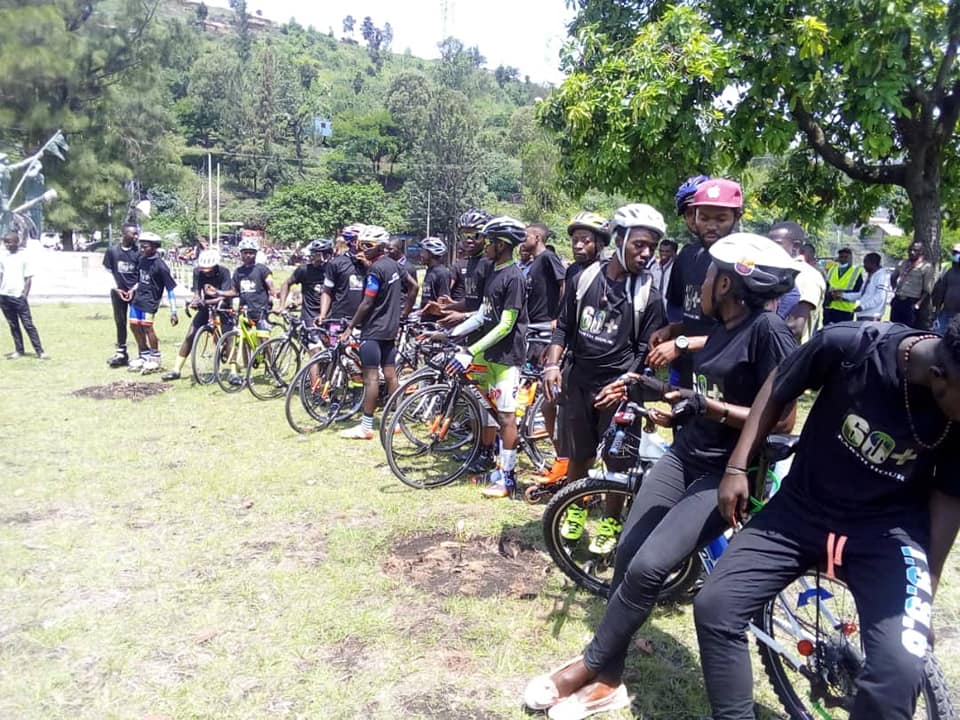 SFYN Rwanda is hosting a Disco Soup for street children and people with disabilities. Leading up to the event, as part of the campaign for promoting natural agriculture over industrial agriculture, they have organised a 4-day training programme in collaboration with ACROSSAID RWANDA. This training programme will teach the attendees about the general Slow Food philosophy, as well as the potential dangers of industrial agriculture and monocrops. Those who take part will also join in for the Disco Soup.

In keeping with the focus on natural agriculture, SFYN Togo is organising a local food fair showcasing products from local farmers and producers who are members of Slow Food Togo. The goal of this fair is to give students the opportunity to discover the variety of local food around them. It will also highlight the importance of supporting the production of these products, so that they don’t disappear. SFYN Togo has also organised a food conference on the topic the importance of eating healthy, which will take place at a different high school. This conference aims to raise awareness for students about the food they are eating, and how to make choices that are good for them, their community, and the environment.

Find out more about this year’s events and the origins of World Disco Soup Day here.