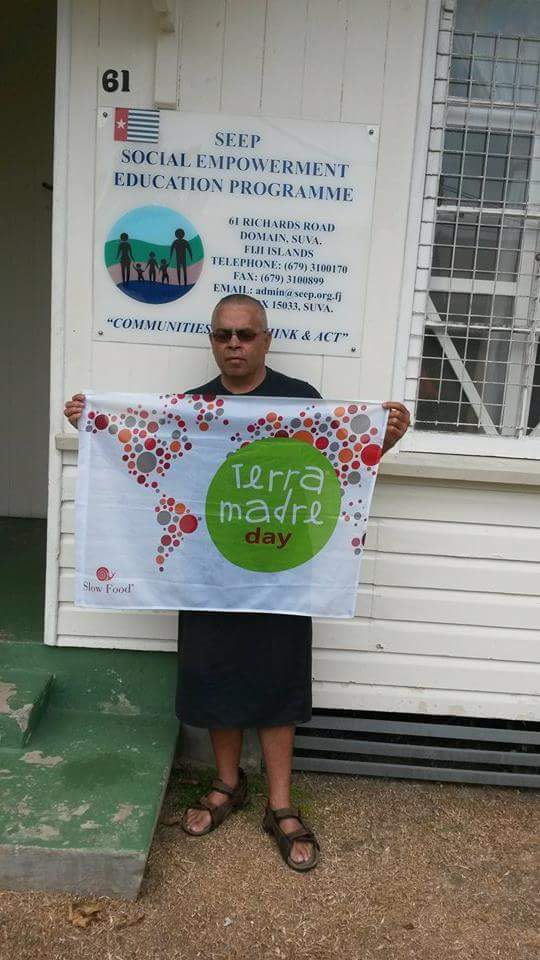 The activist and Slow Food coordinator in the Fiji islands is encouraging the creation of rural food gardens and teaching villagers the importance of eating local fruits and vegetables.

In the collective imagination, they are paradise on earth: white-sand beaches, palm trees, crystal-clear warm water. They are the Fiji islands, a remote archipelago in the South Pacific. But this Eden at the edge of the world is under threat: Settlements along the coast are at risk from rising sea levels due to climate change, the market is dominated by foods that have no connection to the traditional diet and the local population, particularly in rural areas, suffers from increasingly bad health. To tackle these problems, citizens are organizing themselves from the bottom up to create sustainable alternatives and spread good practices. One of the most hard-working and effective is activist and Slow Food coordinator Leo Nainoka. A true leader, he is curious, spirited and combative when it comes to the fate of his nation.

The Fijian Prime Minister has declared: “We are practically powerless in front of an ocean that is eating villages and eroding the coastline at a speed that is unprecedented in modern times. We must be rigorous in our efforts to fight against the ever-worsening climate.” Despite this, unsustainable policies are still being implemented in this delicate ecosystem, like mining and gravel extraction from rivers, while agriculture (the main crops are sugarcane and coconuts) is based on the use of pesticides and other chemical products. The islands, whose capital is Suva, have one of the highest rates of non-communicable diseases in the world. Experts believe that among the causes are the introduction of harmful food habits, like the spread of fast food in towns and the consumption of pre-packaged industrial foods even in rural areas, where healthy practices linked to the use of fresh fruits and vegetables, dairy products, livestock farming and fishing are being lost. The entire population is also increasingly at the mercy of the effects of global warming.

The government has publicly announced remedial actions, like a plan to move people living along the coast to more protected inland areas. Many Fijians, however, don’t trust politicians, and are turning instead to their customs and traditions, grassroots social organization and ancient ancestral ties with their land. “We are working to educate people about sustainable alternatives,” says Leo. “The good news is that we are working with the Department for Nutrition to teach the importance of eating local fruits, vegetables and roots in the villages and to highlight the nutritional value of these healthy foods.”

Forests have been cut down over the past decades for timber, causing damage that Leo with Slow Food and other associations are seeking to mitigate by promoting rural food gardens. One example comes from the Kubulau district, on the southern coast of the northern island of Vanua Levu, where the indigenous people are proudly growing organic vegetables, cultivating them with their children and preparing them using ancient recipes that are being passed on to the new generations, like bamboo wrapped in leaves and baked in earthen ovens.

With the SEEP – Social Empowerment and Education Program, Leo and his team are also working together with around 30 rural communities to raise awareness among rural people about the effects of globalization on the islands and to look together for alternative solutions. “The existence of our country will be decided by rising sea levels and the decisions that we are taking will be essential to passing our islands on to future generations. Time will give us answers, but we don’t have much left.”