Seeds are a resource of incalculable value and key to securing plant biodiversity in the future. In Denmark, the Seed Savers community, where Søren Holt is member of the mandatory group, is working to increase knowledge of simple techniques that we can all learn to save seeds and swap them, thus further guaranteeing the future for our agricultural heritage.

“In comparison to our neighbors like Germany, Sweden, Norway and England, we don’t have as many saved vegetable seed varieties.” Søren tells us. “This is closely related to our food culture, which has been undermined by systematic agricultural industrialization. In comparison, Sweden’s agriculture is less industrialized and the country has a higher number of seed varieties saved.”

So what do the Seed Savers do? “We organize courses to empower people in saving seeds. They’re free of charge and open to everyone. We don’t imagine that the entire population will acquire these skills, but if a good percentage have the basic knowledge, that will be enough to build momentum.”

This has also been helped by deregulation that allows seed swapping which took effect in 2015. According to the change in the law, the Food and Environment Ministry defines commercial use of seeds as “intended for production of commercial crops”. Thus, the sale and exchange of seeds for and between households and organizations (whether they be online exchange groups, social projects or museums) is now legal. It is one of the widest-ranging interpretations of seed sharing currently on the books in the EU, and so Denmark has been transformed from one of the most restrictive countries to one of the most open in terms of non-commercial seed exchange. 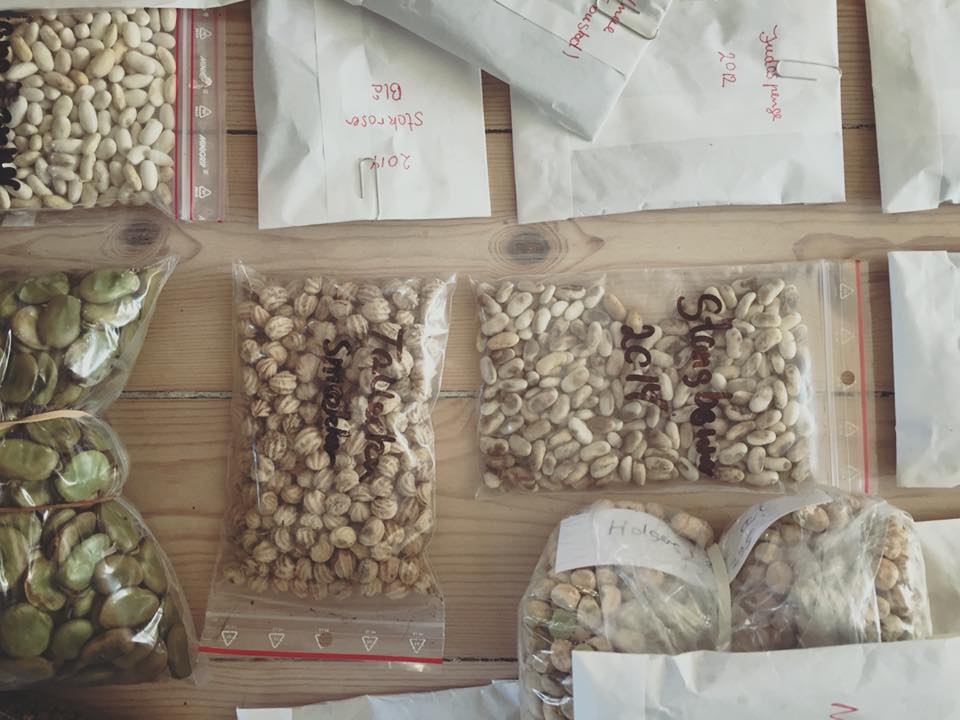 The Seed Savers have drawn up a “swap list” making this easier, though Søren argues that it is the “public spirit” rather than deregulation that has caused the increased interest in seed saving—collecting seeds has become cool. This newfound popularity may fade over time, but nonetheless, the concept has been introduced to a large number of people—the seed has been planted.

As in so many cases, there are international inspirations behind these developments. For years, the Seed Savers community had kept a low profile, as government regulation, in theory enforced at “garden level”, made it hard for people to save and swap seeds privately. Yet a cooperative network of seed savers in Austria, Arche Noah, started a political dialogue across the European Union, which revealed discrepancies in the national legislation of different member states and inspired the Seed Saver network in Denmark to take the matter up with their national government. Now, people may sow seeds freely in their own gardens, though there are rules about which seeds can be cultivated. For example, it is not legal to grow hemp without special permission.

The change in legislation has created opportunities: if organizations like Slow Food want to cultivate older varieties with a commercial purpose this is now allowed, as long as they are cultivated in closed circuits. But, it also opens up opportunities for industry. Consumers that care about biodiversity can incentivize the diversification of the seed supply through their spending power. Indeed, they must do this, or the current situation dominated by a limited variety of monocultures will not change.