Three million two hundred thousand sheep, twelve thousand eight hundred herders, thirty-three cooperatives. These are the numbers behind the primary sector of the Sardinian economy, to which we dedicated special attention during the last edition of Cheese, when it was going through a particularly difficult phase.

We’ve supported Sardinian herders by telling their story and introducing people to their products. We continue to do it now with some small but meaningful acts, like dedicating a taste workshop at Terra Madre 2020 to the milks and cheeses of Sardinia, to be held physically at Eataly in Turin. 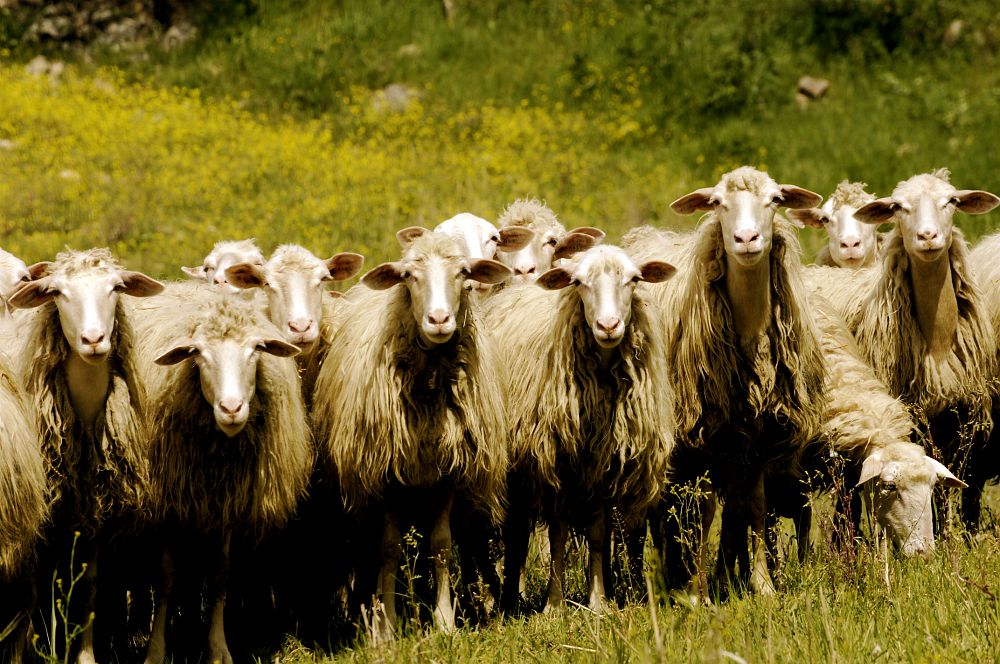 The protagonists are the herders and pastures of Sardinia, together with their unforgettable cheeses.

Like Rosa Canu, who runs the Ittiri farm between Alghero and Sassari. “We have 500 sheep raised on 150 hectares of pasture. We produce the milk. We transform it ourselves,” as she summarized her life and work at Cheese 2019. “In our business, the men are dedicated to the animals, while me and my grandchildren make the cheese. It’s raw milk cheese with a raw paste, which I think is the most important thing for maintaining our connection with the land, as we’ve done for generations. For me this is natural cheese: made with raw milk which tells you about where it comes from, where you find the grasses and the animals raised on the pasture, the benefits of which are transferred to us. A cheese made with natural ferments: we use whey starter which we make ourselves, rich in good lactic bacteria.”

Her Fresa di Ittiri is a raw, pressed paste cheese made without any ferments and aged for a maximum of 30 days. Not to be confused with Fresa de Atonzu, which is made with cow’s milk.

Or like Gianni Mele, whose farm is situated in Lodè, Nuoro province, around 600 meters above sea level, where he milks 300 sheep by hand. “We make Pecorino della Baronia, a traditional product made with raw milk and without ferments, neither chemical or natural, which would modify the flavor of our cheese. Ours is a traditional cheese that speaks of pastures, it has an identity connected to its land of origin. It’s made of milk, rennet and salt. That’s it. From my father and other elders I learned the importance of the pastures, I understood how by moving the sheep around you’d get different cheeses which reflected the different grasses and plants that the sheep fed on. In the end the flavor of the cheese depends above all on the quality of the pasture. We try to promote a traditional family products which carries a story common to all of Sardinia, which restores value to traditional lands.”

But our Taste Workshop doesn’t end there, with just these two types; we aim to offer an exhaustive panorama of the Sardinian dairy landscape.

Behold the Axridda Cheese, made with raw sheep’s milk or both sheep and goat milk, a raw-paste cheese made in Escalaplano (Cagliari province). The milk comes from animals raised on hillside pastures, rich in the essences and typical shrubs of the macchina mediterranea, at an altitude of around 600 meters. The peculiarity of this cheese is its clay coating (the arxidda of the name is the Sardinian word of clay) extracted from a local cave. The cheese will be presented by Rino Farci.

Then there are two historic Slow Food Presidia in Sardinia, presented by Gavinuccio Turra: Osilo Pecorino, with its typical aroma of sheep’s milk cheese – with notes of wool, dry wood, and occasionally, aromatic herbs – buttery and creamy texture, with notes of toasted hazelnuts. It’s accompanied by Shephereds’ Fiore Sardo as presented by Giuseppe Cogusi, which was “the” cheese of the island’s herders, the cheese produced in the greatest quantity, up until when the processing of the milk passed from the herders to the industrialists, and Pecorino Romano became the most commonly produced cheese on the island.

It will be much more than a tasting: it’s a journey around Sardinia, an island with a marvelous historic, gastronomic and environmental heritage that relatively few know about, and which the dynamics of the modern economy do little to promote.

If you’ll be in Turin itself in October, then you can come to the event in person! Tickets are available now!