‘If you have a seed, but you don’t know how to grow it, what’s the point?’. It’s a fair question. And it’s one that Yam Malla is determined to answer.

‘We have everything here,’ he says, bending down in his garden to show me the bud of a black sesame plant. ‘We just need to protect it.’

Yam is a renowned permaculture, agroforestry, biodynamic, and biointensive farming expert from Nepal. He is also a man with a plan. A plan for how to safeguard Nepal’s food future: by establishing a seed bank to preserve the incredible diversity of the country’s culinary heritage. 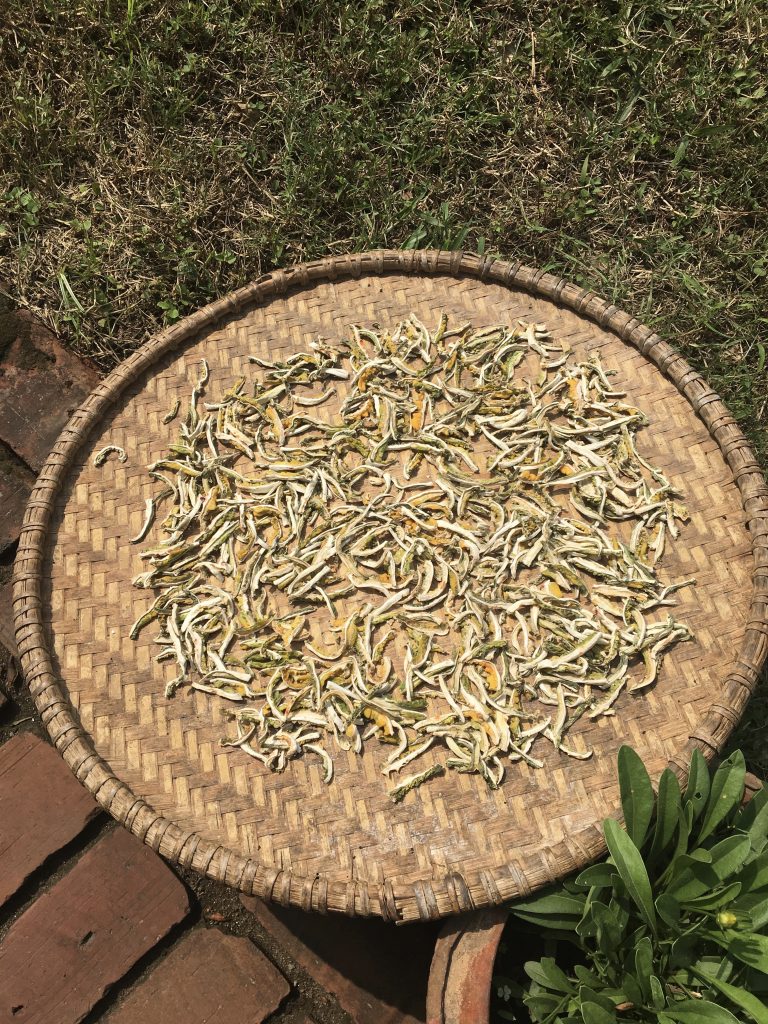 But it won’t be a cold-store seed vault, to be opened only on a rainy, apocalyptic day. Instead, Yam believes that we need to keep seeds alive. To plant them, grow them, cook with them, and eat them. So that, year on year, the crops can adapt themselves to new invaders, soil conditions, and climate fluctuations. And so we can adapt, too. Learning from mistakes and mishaps, while continuing to enjoy the taste. After all, ‘If monocrops fail and you have to open the seed vault in 50 years time, what good is it if you only have the seeds, and no idea what they are or what to do with them?’

Traditionally, farmers in Nepal have grown an amazing array of food crops. Almost 2,000 distinct species of rice alone. Plus 150 types of corn, dozens of lentil, bean, and pea varieties, hundreds of spices and medicinal plants, and thousands of different pulses, grains, vegetables, fruits, and legumes.

Today, however, Nepali farmers have become dangerously reliant on a smaller and smaller range of high-yielding crops. This is due to a combination of factors including an exodus of young people from rural areas, the onset of changing weather patterns, and the arrival of foreign seed companies who promise the supposed safety and security of hybrid crops and monocultures. Trapping farmers into a dangerous cycle of chemical fertilisers, deficient soils, and fluctuating annual seed prices.

As a result, many heritage crops in Nepal have already disappeared. Last year, Yam spent two weeks trudging around the country in search of a species of black rice that used to be abundant. He eventually found one farmer growing it, took some seeds, and propagated it himself. He keeps some of the precious grains in a jar in his cabinet-top collection, alongside 30 other unique species collected in a similar way from around Nepal.

Yet this well catalogued collection is only the start of a project which, Yam hopes, could help to ensure food security for millions of people in the future. Not only in Nepal, but around the world. If that sounds overly ambitious, well, ‘It’s easier to believe when you see it,’ Yam explains. 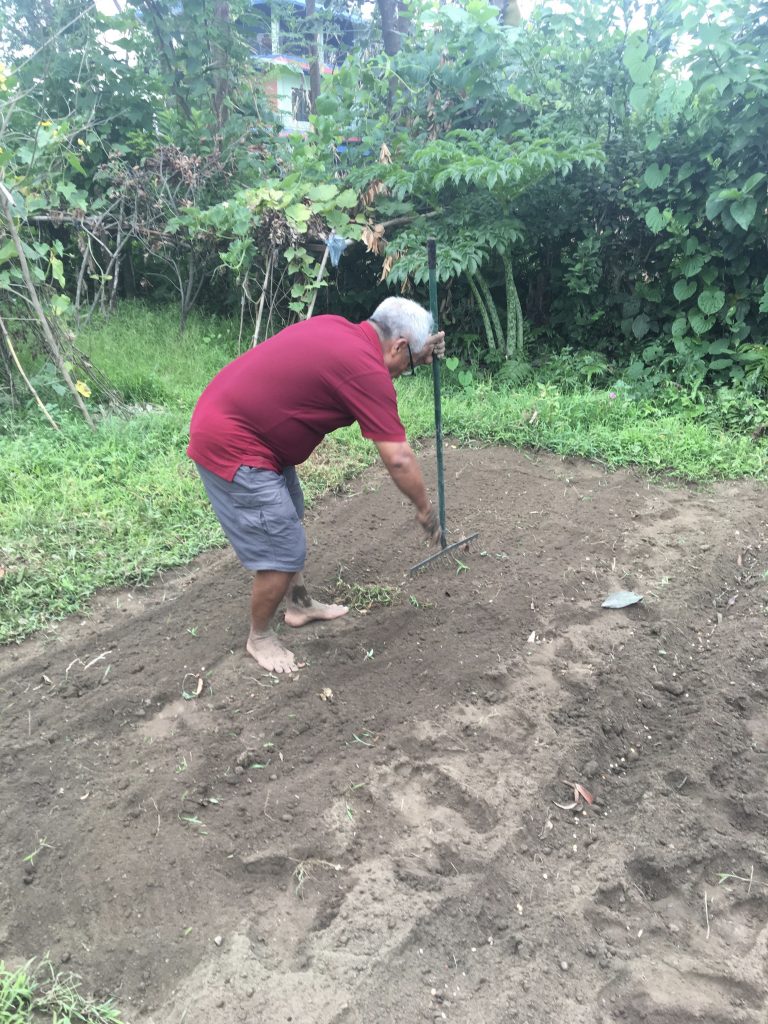 What he means is that, once people realise the benefits of agrobiodiversity, of growing lots of different kinds of crops, people will be on board. Not only for the crops’ natural adaptability and collective resistance to pressures like climate change, disease, pests, and extreme weather events. But also for the nutritional advantages, financial potential, and superior taste that these foods have over conventional, high-yielding varieties.

Yam’s project – his dream – is not some abstract, pie-in-the-sky idea, either. It is a logical, well thought-out plan: to establish three farms across Nepal, one in each of the country’s three main ecological zones – plains, mid-hills, and high mountain terrain. In each zone, a farm of roughly 2 hectares will be enough to grow between 20-30 varieties of cereals, vegetables, and legumes particular to that local area. After growing the crops on these plots, the seeds from the project will be given to local farmers, who can then produce their own harvest and return new seeds to the project the following year. Other local farmers can then take the seeds, grow them, return the new seeds, and so on and so on.

In terms of staff, there will be one farm manager for each plot, and one national coordinator for the overall project. Together, they will carefully select crops that grow well together in each particular climate. They will also choose crops that grow around the year, to ensure security and financial stability for the local farmers. In addition, they will target high-value varieties, so that it makes financial sense for the local farmers to grow these crops.

There is already a strong demand in Nepal for local food and heritage varieties. So Yam has no doubt that consumers will leap at the chance to buy delicious, locally grown produce. And for farmers, this is a way of restoring pride to their work, since most people these days have no idea who or where their food comes from. So, knowing that people love eating the food you grow is a big bonus.

After 2-3 years, Yam says, local farmers who realise the benefits will take over the project in each area. Further down the line, local seed companies may even come to buy the seeds from them, so then other farmers around Nepal (who may be trapped in the hybrid monoculture system) can buy good quality, local seeds at a fair price. It should be a win-win-win. 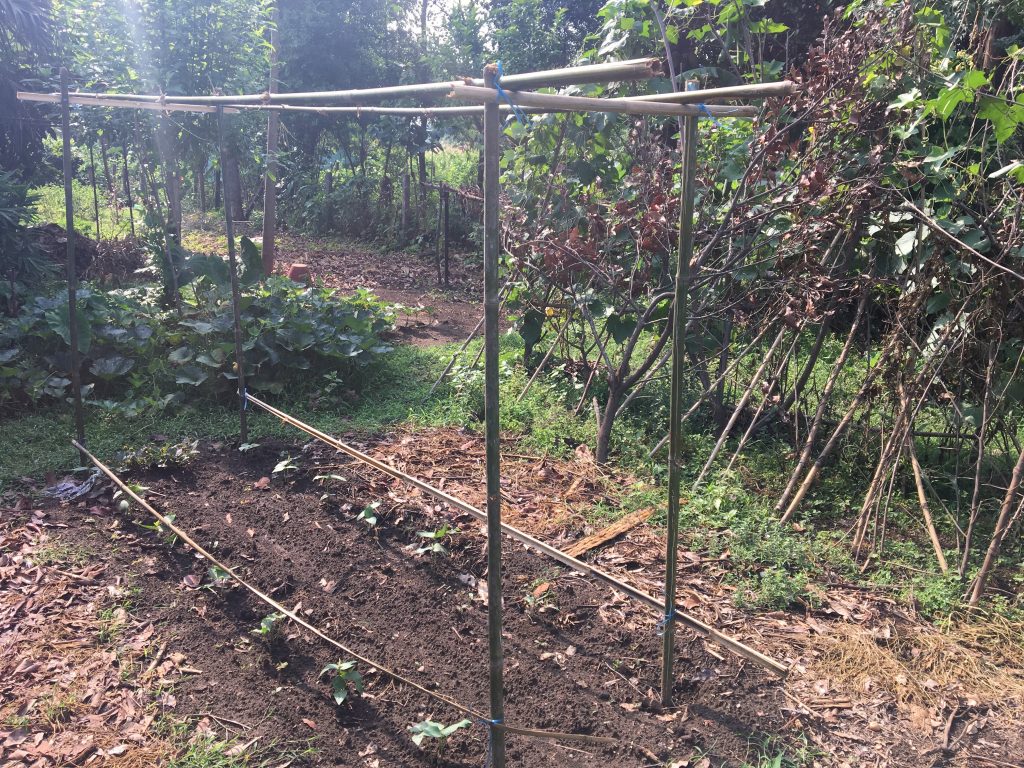 But the most important aspect of Yam’s living seed bank is not how it operates after he sets it up, or how it’s going in 3 or 5 years. But rather what it looks like in 50 years, when the next generation of food producers is in control. Or, what it looks like when this model is taken up in other parts of the world, where food security and food sovereignty are even more acute problems than in Nepal.

‘If I can help to save, let’s say, 15 species, minimum – things that people eat and enjoy every day – from disappearing, then that will be a great resource and gift to my future generations,’ Yam says.

And it will be a good example of what is possible, even easy, to achieve if we really care about securing our food future.