Archive » Roundup: the world’s best selling herbicide, and its effect on your liver

The website for Roundup weedkiller proudly boasts that it is “the world’s best selling herbicide, used in gardens everywhere”. It was brought to market in 1974 as the first glyphosate-based herbicide, and today we use 100 times more of it than we did in the late 1970s. That’s because plants are becoming increasingly resistant to its effects (as happens with all pesticides, over time.

In recent years, evidence has been mounting of glyphosate’s toxicity in animals, including humans. The World Health Organization classified it as “probably carcinogenic” in 2015, though many other institutions have played down the chemical’s potential negative effects on non-target plants, the soil, animals and humans. Now, a new study led by Dr Michael Antoniou at Kings College, London, has found a link between exposure to glyphosate and non-alcoholic fatty liver disease (NAFLD) in rats, even at low doses permitted by regulators. 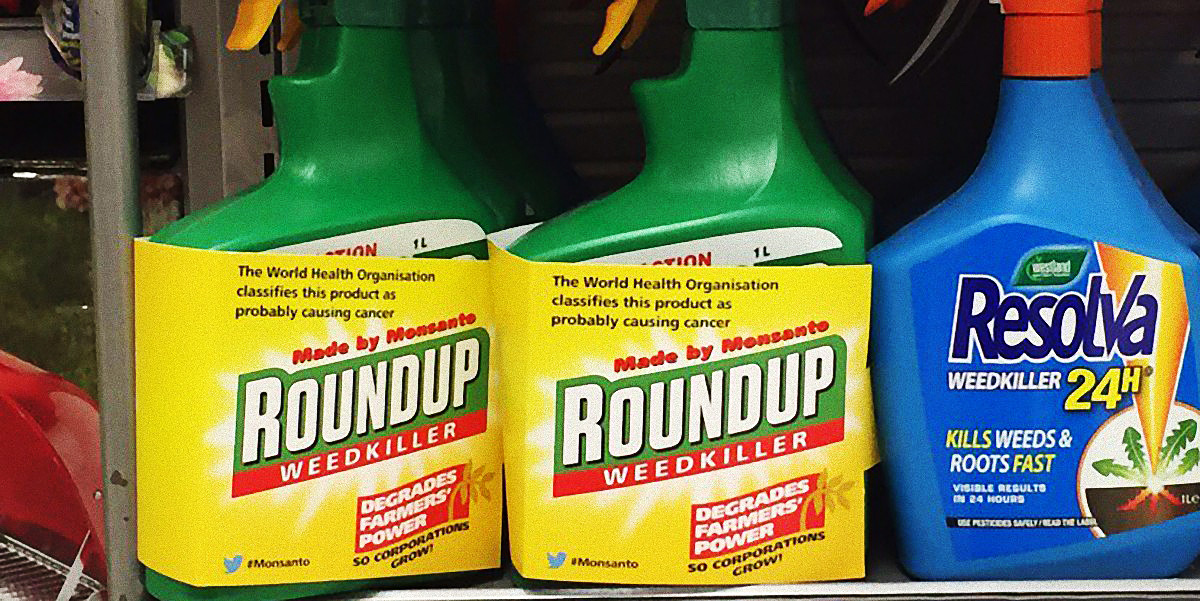 When we eat food that’s been grown using Roundup or other glyphosate-based pesticides, we also consume the residue of those chemicals, and this, the research suggests, could be contributing to an increase in liver disease, obesity and diabetes, among others. Dr Michael Antoniou states: “The findings of our study are very worrying as they demonstrate for the first time a causative link between an environmentally relevant level of Roundup consumption over the long-term and a serious disease—namely non-alcoholic fatty liver disease. Our results also suggest that regulators should reconsider the safety evaluation of glyphosate-based herbicides.”

The European Chemical Agency (ECHA) is currently tasked with deciding if glyphosate should be classified as a carcinogen by the European Union. After the WHO’s announcement in 2015, public debate intensified, and when the EU came to vote on a 15-year renewal of the license to use glyphosate, it chose instead to extend the license for just 18 months while the ECHA conducts its research. It should reach a final decision sometime around the summer of 2017.

Slow Food has been campaigning for a ban on glyphosate for a long time, and this latest research only reinforces our belief that governments must legislate to ban glyphosate use, not only for the health of agricultural production, but for our own health too.

10 things you need to know about Glyphosate
Slow Food calls for restricted use of Glyphosate after approval of its use was extended to end of 2017
Glyphosate: How to sell an Incredibly Dangerous Pesticide