On July 12, the Legislative Assembly of the State of Rio Grande do Norte in Brazil unanimously approved (with 22 votes) the Nivardo Mello law. The law regulates the production and marketing of artisanal cheese and butters with the aim of preserving traditional recipes made with raw milk.

Having been tabled by deputy Hermano Morais (PMDB), the Nivardo Mello law replaced draft law no. 159/2016 and lays down that cheese made with butter and rennet must be produced using only fresh, raw whole milk, while respecting “traditional cultural and regional methods”.

The clarified butter known as manteiga da terra (or manteiga de garrafa or manteiga do sertão) is made with only cream and salt. As they are made with raw (unpasteurized) milk, the cheeses are kept the traditional way, preserving their specific flavors.

The law was drawn up in collaboration with sector specialists, along with production chain and public authority representatives. It addresses production methods, buildings, health control, monitoring and labeling, among other issues.

“The purpose of this law is to preserve the food culture of Rio Grande do Norte. With it, the state recognizes that artisanal cheeses are produced according to tradition and original recipes,”

says the chef and researcher Adriana Lucena, a Slow Food activist who for 13 years has led the movement for the regulation of the traditional artisanal cheeses of Rio Grande do Norte.

“When it’s approved by the Governor Robinson Faria, the law will cover more than 300 cheeses from the state, giving a boost to the work of small producers,” says Adriana.

Cheesemakers from all over Brazil are applauding Rio Grande do Norte and are seeking their own state laws.

Brazil is home to countless artisanal cheeses, the products of traditional knowledge, the history and the culture of each territory.

This map shows the regions historically connected to the products of raw milk cheeses that we are slowly learning more about and helping to spread the word. Click here to see all the dairy products from Brazil that are on board the Ark of Taste. 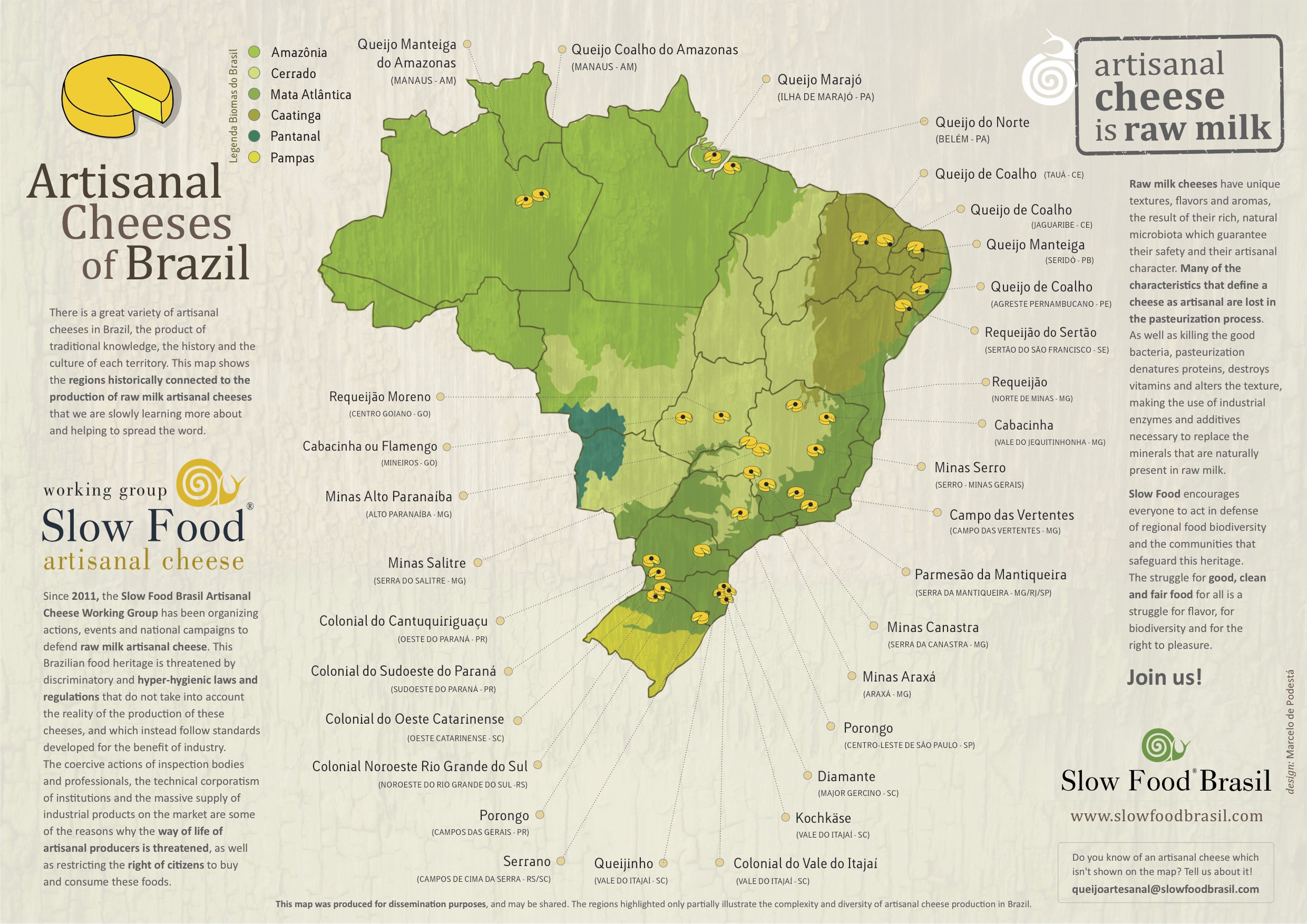