There has been a moratorium on GMOs within Tasmania in place since 2001, with the aim of preserving the island’s reputation for “clean, green and quality” products.

In January 2014 the Tasmanian Minister for Primary Industry publicly announced that: “The Tasmanian Government’s position is to maintain a moratorium on the commercial release of GMOs to the Tasmanian environment. There will be no end date specified for the moratorium.

The government will introduce legislative amendments to continue the moratorium, and to reaffirm the declaration that the whole of Tasmania is GMO free.”

There has always been bipartisan support for the GMO moratorium in Tasmania. Since the 2013 GMO Moratorium Review, Slow Food Hobart (SFH) has endeavored to voice its support for this State government policy wherever possible. Australian Federal Government reviews and proposals covering both the Agricultural sector in general, and GMOs in particular, have, at times, sought to completely dismantle the Tasmanian GMO Moratorium legislative framework. SFH has attempted to ensure that it makes response submissions as appropriate, detailing why this should not happen.

New Breeding Techniques (NBTs) currently pose the greatest challenge to the traditional classification of GMOs. As highlighted in the 2016 GMO Annual Environmental Scan, “US regulators have already ruled that CRISPR technologies can produce non-GMO products that are indistinguishable from conventionally bred products, with a synthetic RNA molecule being used to enable genomic editing of organisms without incorporation of “foreign” DNA into the resultant plant or animal. Such genetically edited plants or animals are currently considered to be GMOs, but there is pressure from the lobby groups for them to be reclassified as “non-GMO”.

Undesirable genes can also be “silenced” via Intragenics, based on RNA interference technology (RNAi). This is already used to improve the quality, shelf life and health attributes of potatoes – of particular relevance to the Tasmanian agricultural sector. In the most recent technique to stimulate silencing, no transgene or genetic engineering is involved, further blurring the line between GMO-free and GMO.

In March 2017, Nuseed Pty Ltd (Nuseed), a subsidiary of Nufarm, announced that a variety of GM-canola that it had been trialling for several years in Australia would soon be assessed by the Office of the Gene Technology Regulator (OGTR), as well as by its counterparts in the USA and Canada. This GM-canola contains increased levels of omega-3 fatty acids. Nuseed hopes this will eventually lead to a land-based source of omega-3, taking pressure off fish stocks, while UBS has estimated that, if approved, this new business could greatly increase the value of shares in Nufarm. Any such development will put further pressure on GM-free canola growers in Tasmania.

China has rapidly become both a significant export market for Tasmanian GMO-free agricultural products, as well as an increasingly important investor in Tasmanian agricultural enterprises. Although GM-crops are mostly banned from food destined for human consumption in China, the country’s ambition to be a significant player in GM-food has to be recognized. The China National Chemical Corporation is currently looking to invest US$43bn in Syngenta. Such a move may result in changes to the business strategies of Chinese-owned agricultural enterprises in Tasmania. These may have to be monitored for any unintended consequences that may negatively impact on the State’s GMO-free agricultural enterprises and their associated exports.

In November 2015 the Federal Treasurer requested the Productivity Commission (PC) to undertake an enquiry into the regulatory burden imposed on Australian farm businesses. The PC released its Draft Report7 in July 2016, requesting further public comment and input, to which SFH responded. The Inquiry Report was presented to the Federal Government in November 2016, and publicly released in March 2017.

According to the report, the Tasmanian, NSW, SA and ACT Governments should remove their moratoria on GM-crops. They should also repeal the legislation that imposes or gives them powers to impose moratoria on GMOs by 2018.9 The PC kept to its draft recommendation in spite of the fact that “the majority of submissions to the Draft Report, including from the Tasmanian Farmers and Graziers Association, Tasmanian Beekeepers Association, Slow Food Hobart, Tasmanian Red Meat Industry Council, Harvest Launceston and TasFoods, believe there is value in maintaining the existing moratoria.”

The PC appears to consider that all areas of Australia are “the same” when it comes to cultivating GM crops. This now poses a major challenge to Tasmanian GMO-free producers. It will be extremely important for them, their representative Associations, and all other concerned parties to prove otherwise in submissions to the Tasmanian GMO Moratorium Review in 2019.

The PC also recommended that the Australia and New Zealand Ministerial Forum on Food Regulation should amend its policy guidelines to make labelling of GM foods voluntary, and Food Standards Australia and New Zealand (FSANZ) should remove the requirement in the Food Standards Code to label GM foods. The PC contends “given that FSANZ assesses GM foods for their health and safety, GM labelling is a consumer value rather than a food safety issue. Consumers’ preferences to purchase non-GM foods can be met by information provided through voluntary labelling… the aim of ensuring consumers have information is not a sufficient rationale for mandatory labelling… where consumers prefer to purchase GM-free foods, producers have an incentive to voluntarily label their products as GM-free…”

Where does this leave the Tasmanian GMO-free producer? After all, if this recommendation is enacted they will still be able to voluntarily label their products as GM-free. But that the onus should not be on them to declare themselves GM-free: the important thing is that GM products are labelled as such, and that this is required by law. 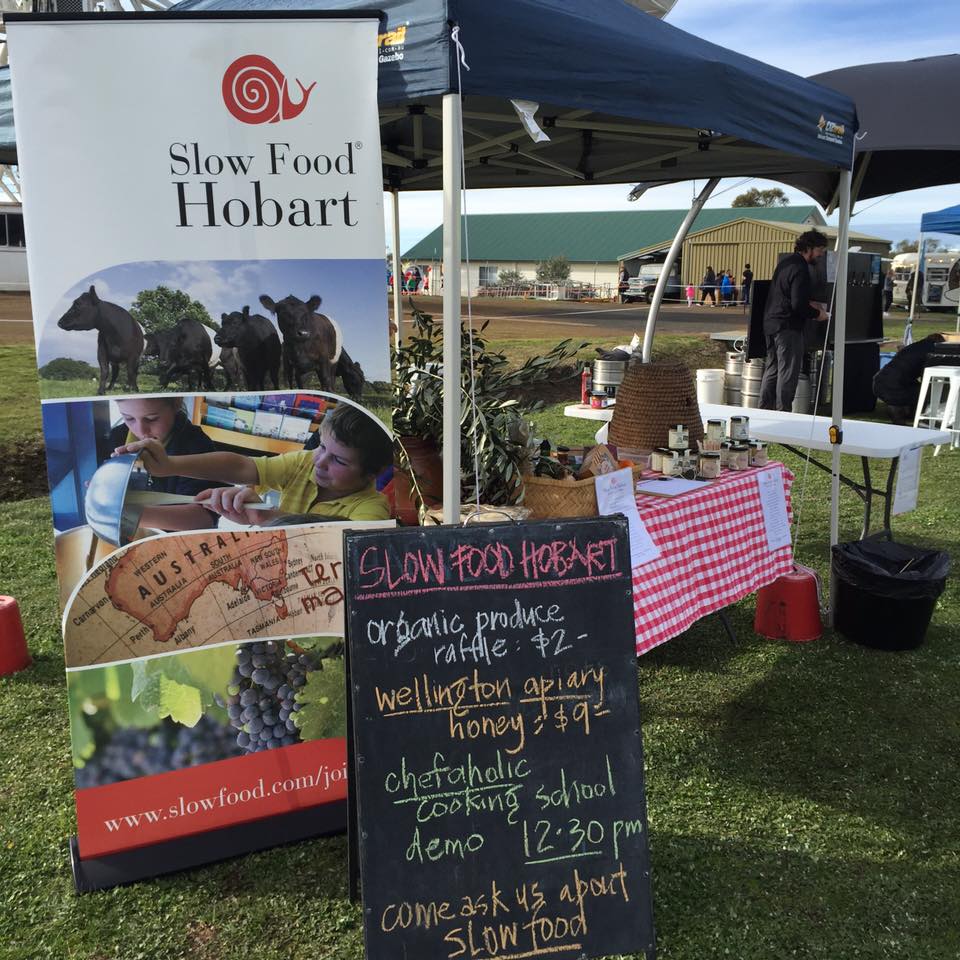 Bi-partisan support for the GMO-moratorium in Tasmania has served its agricultural producers well. This review highlights how Tasmania’s GMO-free agricultural producers, and the State government, continue to face unrelenting pressure from multiple public and private entities, each with very different interests and priorities. Any future political point-scoring will detract further from issues such as NBTs. These scientific advances are already having a profound impact on the GMO / non-GMO debate. Reporting of NBTs in the mass media, along with any associated hype, will only serve to further confuse non-specialists and the general public about the merits and validity, or otherwise, of such techniques.

Proponents of GM and genetically edited crops appear to be advocating NBTs as possibly the only viable solutions to feed the ever increasing world population from the finite land area suitable for agriculture, an area decreasing each year due to environmental degradation. No mention is made of FAO estimates of the global volumes of food currently wasted at all points along the supply chain. Latest figures put this at 1.6bn tonnes of “primary product equivalents” with the edible part of this wastage amounting to 1.3bn tonnes, about one third of total global output. A simple cost-benefit analysis shows addressing this issue to be far more cost effective and resource efficient than contemplating NBTs as the primary way forward.

All future decisions by governments around GMOs and genetically edited organisms must be made in a rational manner, based on sound, impartial scientific evidence. Any policies or legislation later found to be based on flawed evidence may result in many wishing to “turn back the clock”. The reality is that once either GMOs or genetically edited organisms are released into the environment of the island state of Tasmania, there will be “no going back”.