Over half the world’s people now lives in cities, an extraordinary statistic given that in 1900, just over a century ago, only 10% of the population was urban.

And the trend is continuing in the same direction: Predictions estimate that 75% of us will be city-dwellers by 2050. The roots of this anthropological upset lie in the very idea of progress, in that paradigm of infinite, rule-free growth that dominates the West: Modernity is by definition urban. The rural and natural are disappearing from our lives and everything that lies outside the metropolitan area is swallowed up and transformed into mere function, answering to the city’s needs, or rather adapted to the urban organization of the world. But could we rethink the urban fabric and the metropolitan area, starting from a recovery of that lost rurality? Could we imagine and above all design our cities in a way that recolonizes with greater humanity the spaces in which modernity lives?

Modernity has in fact forgotten to answer a fundamental question: If everyone lives in cities, then how will we be fed? Who will feed us? How is the food that arrives in our metropolises produced, distributed, sold, consumed (and shamefully wasted), now and in the future? 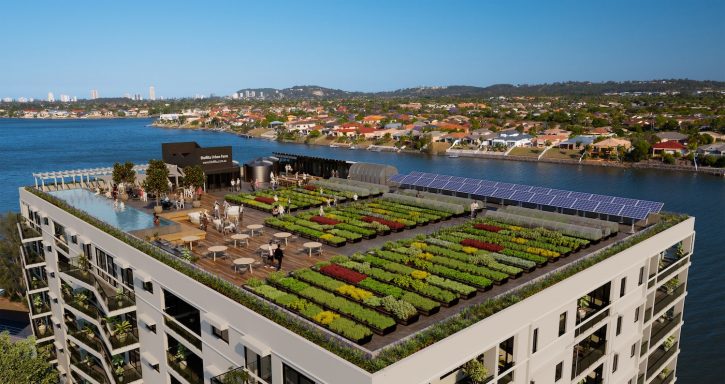 The industrial production model has in practice engulfed every aspect of our life, and most worryingly has relegated agriculture and rural areas to a marginal role, with a removal of the rural that is not only physical but also intellectual. This has progressed so far that agricultural areas are perceived and treated by urban and regional planning as “not yet urbanized” spaces. And yet until a few decades ago, the agricultural areas at the edges of cities had close links with the centers, and many areas inside the cities themselves were being cultivated and serving important functions such as maintaining the climate during the hottest season. These days the most common image we have of agriculture in cities is limited to urban food gardens, which, especially in Italy, tend to be “marginal” in all senses: often illegal and located along the edge of railway lines or in other degraded, peripheral areas. And environmental education often struggles to leave room for the multidisciplinary food education that could ensure children and young people get the training they need to interpret the world from different perspectives, prioritizing social and environmental aspects over purely productivist ones.

What has happened? And how can we reappropriate those spaces, rural identity and agricultural knowledge that would allow us to tackle the challenge of an urbanized future at the mercy of a dramatically changing climate?

Agriculture and Urbanization: A Common History

As architect Carolyn Steel writes in Hungry City: How Food Shapes Our Lives, this process of urbanization began 10,000 years ago in Mesopotamia, when agriculture and urbanization developed side by side. It is no coincidence that these activities developed at the same time, she says. Cities and agriculture are linked and each needs the other. She outlines the subsequent course of history, as the domestication of wheat gave our ancestors a food source that allowed them to establish permanent settlements. The cycles of the harvest then went on to dominate life in cities throughout the pre-industrial era. Not only was food grown and reared within the city, but streets, squares and other public spaces were the only places where food was bought and sold. We need to imagine cities full of food, places in which it would be hard to ignore where your Sunday lunch came from, given that it had probably been bleating outside your window a few days earlier, as the picture of Smithfield in 1830 reminds us. 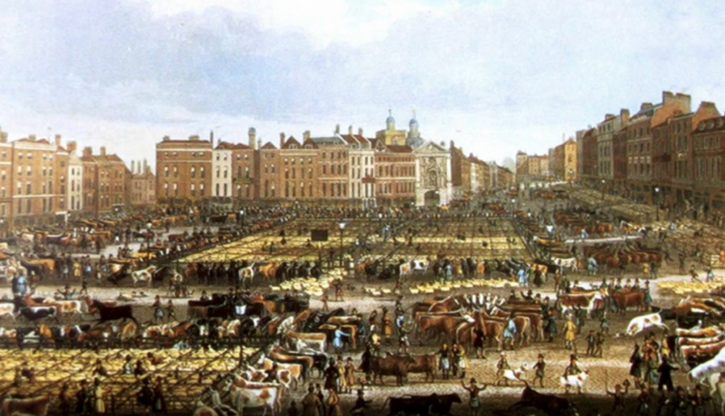 The birth of the railway and a food revolution

Only a decade later the railways had arrived, with pigs and sheep among the first passengers. Suddenly these animals no longer reached the city markets on their own trotters, but were slaughtered somewhere in the countryside, out of sight and out of mind. This changed everything. Cities were able to grow in every shape and direction, with no more geographical restraints limiting its growth and access. Just look at how London developed in the 90 years following the arrival of the trains, morphing from a small, compact, easy-to-feed cluster to a vast sprawling metropolis that would be very hard to feed if food was only being transported on foot or by horse.

With cars came the total emancipation of the city from any visible relationship with nature, and then the arrival of foodstuffs that made us dependent on unsustainable models, harmful to us and the planet: factory farms, monocultures, the indiscriminate use of pesticides, herbicides and synthetic fertilizers that leave the soil sterile, products that travel across continents, refrigerated and plastic-wrapped, consuming water and emitting greenhouse gases with terrible effects on the climate, the environment and our health. 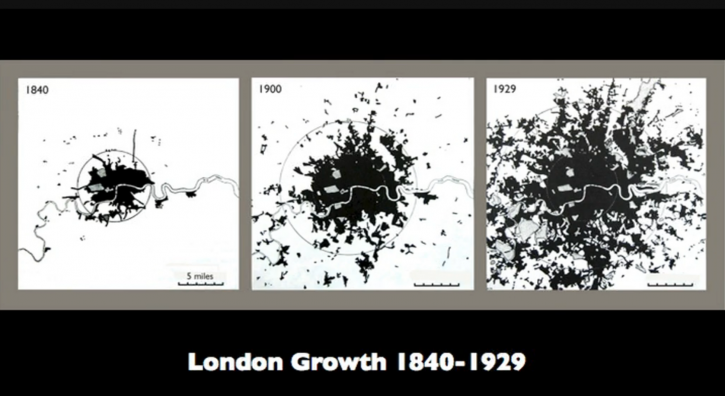 What can we do about all this?

It is not a new question, and in fact Thomas More was already asking it 500 years ago in his Utopia, writes Steel. More describes a series of semi-independent cities, a day’s walk apart, where everyone enjoys cultivating vegetables in their gardens, and eats communal meals together. Another famous utopian vision is that of Ebenezer Howard and his “garden cities”: a similar concept of semi-independent cities surrounded by arable land and linked by railways. Attempts were made to make them a reality, but they failed. Carolyn Steel explains that there is a basic problem with these utopian visions, which is that they are utopian. More chose this word intentionally because it has a double derivation from the Greek: It can mean a “good place” (eu + topos) or a “non-place” (ou + topos), in other words an ideal, something imaginary that we can never have.

From Utopia to Sitopia

Instead, as a conceptual tool for rethinking human settlements, Steel proposes “sitopia,” from the Ancient Greek sitos (“food”) and topos (“place”). In order to think about the question of human cohabitation and how we want to see our urban future, we must realize that we already live in a sitopia, that our world is guided by food and that if we become aware of this then we can use food as a powerful and extraordinary tool. This process starts from knowledge, from educating people so that they can recognize what they are eating. We must rediscover markets and we must demand and put into practice policies that can renew a pact with the countryside. We must act on the food supply chain, valuing quality and encouraging direct sales, including in the restaurant industry, making sourcing easier and launching awareness-raising campaigns. 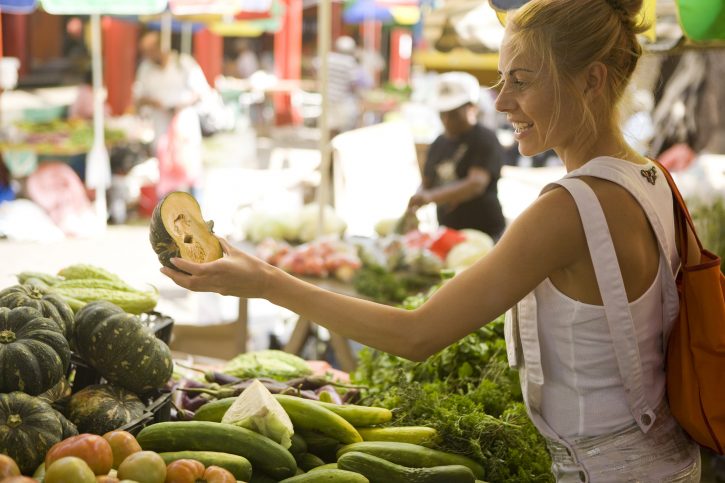 Many cities have already introduced urban agriculture programs to support food production: Ghent, for example, has involved restaurateurs in the spread of a local quality brand and the promotion of a vegetarian option on restaurant and café menus as well as in school cafeterias. Through the creation of 50 community kitchens, Vancouver is encourging neighbors to be more social and to cook together. Lusaka has involved local women in the development of a program to help them start their own food businesses, while Toronto has developed a strategy with local residents to come up with a list of healthy foods to be sold within affilitated shops located within food deserts.

We must look at how agriculture offers sustainable solutions to designing and living in cities, imagining food systems that take into account urban needs and lifestyles, but also and above all the challenges that the future holds for us. And the future can be imagined starting from the education of our children, our young people, starting perhaps with the cultivation of an educational food garden supported by serious food and environmental education programs that talk about prevention and health too. This process must necessarily expand to the entire surrounding area and region so that it is not reduced to mere administrative marketing.