The Recipe Hunters are Anthony Morano and Leila Elamine, two young Americans who are “traveling around the world in search of traditional recipes and the stories behind the people who maintain their culinary heritage.”

This year they’ve been all over documenting still-flourishing food cultures, including a landmark trip to Palestine in 2017 to document products on the Slow Food Ark of Taste and Presidia in formation.

“Before entering Palestine we were a little worried,” Leila tells us from across the Atlantic in a phone interview. “Worried about not being let in, about not being allowed out, about our safety. But upon entering Palestine, our worries were immediately and increasingly alleviated. From the hospitality of the random people on the street who would walk us to our destinations if we were lost, to the generosity of every local host whose home we stayed in. Those who were part of the Slow Food network or shared the Slow Food vision became our family, our shoulders to lean on, and our guides while we were in Palestine.”

They traveled across the West Bank via the Masar Ibrahim trail, a 330km route that stretches from Jenin in the north to Hebron in the south, via Nablus, Jericho and Bethlehem, getting to know the region’s food and the people who make it. Staying with local families along the way, they learned how to use local Artas Valley lettuce in tabbouleh, how to cook food under the baking sand (a technique known as zarp) and how to make ghee, a type of clarified butter. Near Ramallah, they stayed at a volunteer-run farm and CSA (community supported agriculture) called Sharaka (which means partnership in Arabic). The community aims to support local farmers by promoting their produce and creating a direct link between producers and consumers. 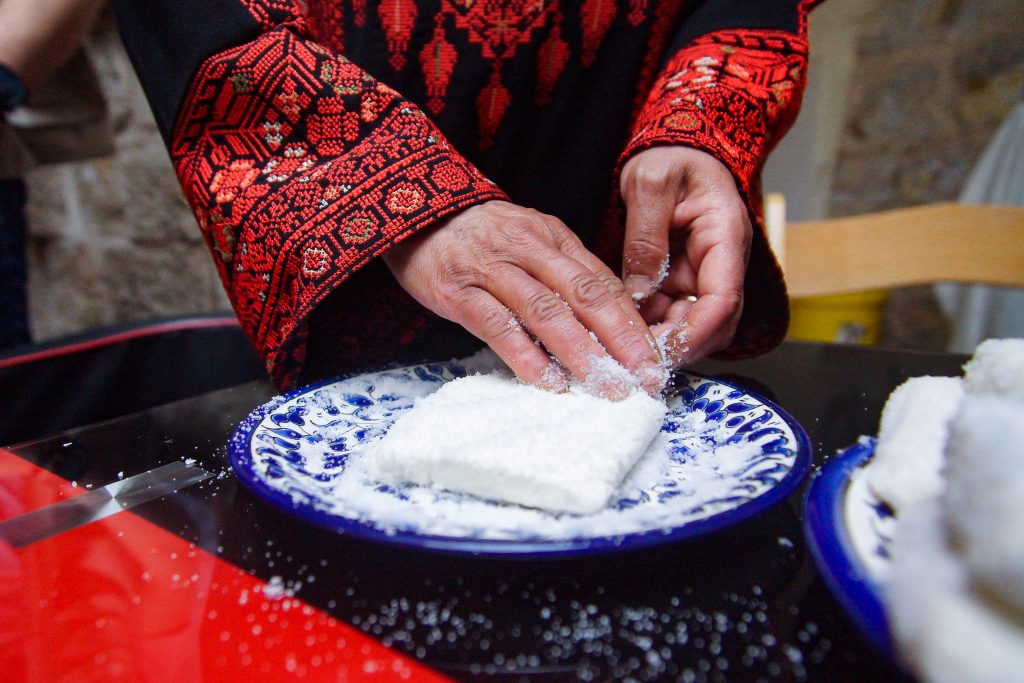 Of course, questions relating to food supply and security are complicated by the political situation in Palestine and the embargo on food imports which is rigorously enforced by Israel. Beyond the thousands of hectares of confiscated since the occupation of the West Bank in 1967, the checkpoints and roadblocks which litter the territory are designed to limit Palestinian mobility and make life harder for farmers. All food which is imported into the West Bank must come through Israel, and normal Palestinians find it difficult-to-impossible to get permission to enter Israel proper in order to buy food, when it isn’t “priced out of each”. As such, people are largely dependent on what they can grow or raise themselves, and are thus “forced to hold on tradition because they are less exposed to globalization,” as Anthony tells us. Another consequence is poor nutrition through the wide availability of cheap high-starch, high-sugar fatty junk foods which Israel allows in.

Because of this, the long-term future of Palestinian products on the Ark of Taste are among the most precarious of any foods in the world. In a small village near Nablus the Recipe Hunters spent a few days with a farming family and foraged for the wild leaves of Loof (also known as black calla), a flowering plant on the Ark of Taste that must be boiled long enough to prevent it from being poisonous – a skill which could be lost all too easily if it isn’t passed on. Luckily, at places like the Slow Food centers in Nablus and Beit al Karama there are “women preserve traditions through continuing to cook and passing on the knowledge to anyone who is interested.” In Beit Sahour a woman named Vivien Sahour runs a seed bank which hosts heirloom seeds from across Palestine which she uses to cook meals for local people, but as is so often the case, the future is far from secure. While Vivien and the women at the Slow Food centers are doing such important work, it is imperative that the next generation take on the baton to keep their gastronomic and agricultural traditions alive. 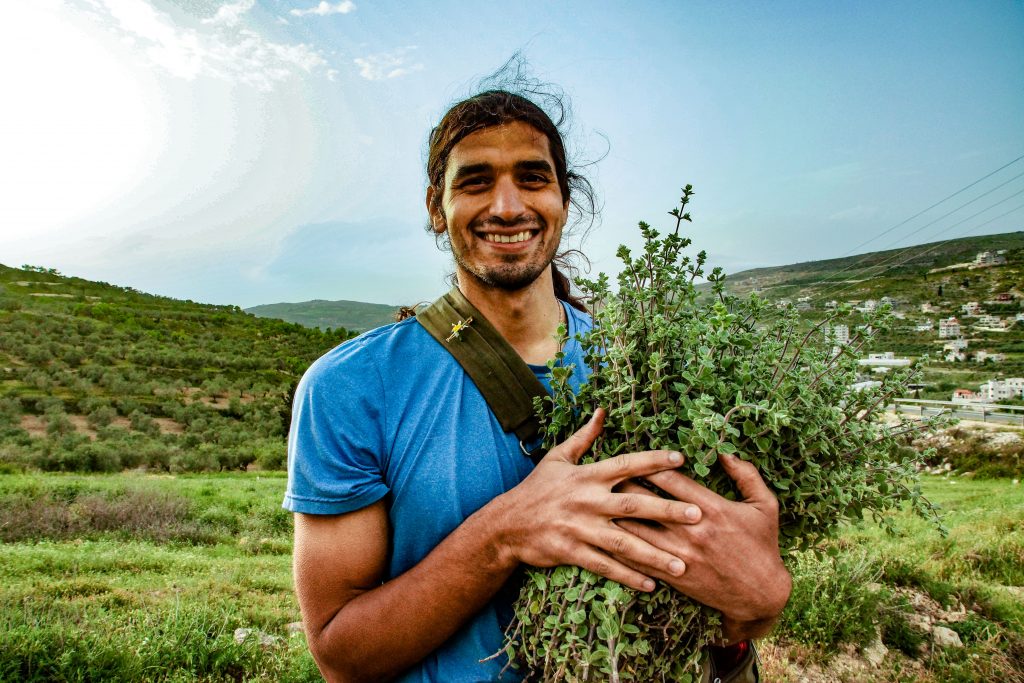 “The food in Palestine was hands down some of the most delicious food we have ever experienced and it was really fascinating for Leila, who is half Lebanese to have tried Palestinian food for the first time and to have absolutely loved it,” Anthony tells us. And as difficult as it may be for people outside Palestine to experience its food culture firsthand, the Recipe Hunters are unequivocal about the value of the experience: it was “eye opening”.

“Slow Food’s ability to research traditions and create local grassroots campaigns run by locals who believe in the Slow Food vision is both admirable and important,” they say. But there’s so much more work to be done in Palestine. “If time and effort is not taken to study and appreciate traditions, we risk losing the knowledge, know-how and even identities in as little as one generation.”

“We have taken it upon ourselves to discover and promote people who still retain and practice traditional recipes and artisanal food customs. Not only do we aim to document and preserve these recipes and practices, but more importantly, to revitalize them. We believe that by sharing this information, we will be positively contributing to the world’s food system in our attempt re-establish the dining room table as the centerpiece for families.” And despite all the hardships, or because partly because of them, the efforts being made in Palestine to revitalize traditional food cultures are some of the most inspiring of all.