Just a few days after the murder of Berta Cáceres, the Honduran activist fighting for the rights of indigenous peoples, we came across the latest report from Survival International, succinctly entitled Progress Can Kill. It analyzes the devastating effects on the health of indigenous populations when a western model of life is forced on them.

The report is packed with many different examples, but most of them seem to lead in the same direction: What has, more than anything, caused indigenous people to suffer health problems and diseases that were once unknown to them—from diabetes to cavities, cancer to depression—has been the loss of rights to their ancestral lands and the poverty caused by the loss of their means of subsistence. 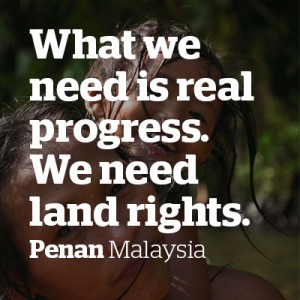 Their lands, says the report, have been “taken ‘in the national interest’ for dams, mines, conservation projects, and other schemes which promise ‘development’ but leave the land’s true owners marginalized,” and take away their means of survival. Reading the report, the first thing we must ask ourselves is what is meant by “development” and what meaning we should give to the word “progress”. Certainly, it doesn’t sound like development to us when we hear about indigenous peoples having their rights to their own lands taken away so that the land can be mined for mineral resources, deforested and cultivated with intensive monocultures.

The result of these hardships is not just the forced removal from the people’s means of subsistence, but in many cases also a worsening of health conditions, which affect not just individuals but whole communities. “The shift away from tribal cultures and livelihoods can lead to chronic illnesses, including cancers, diabetes and heart disease,” says the report. 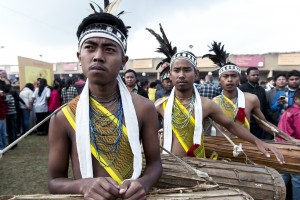 For example, it is thought that prior to contact with Europeans, Aboriginal Australians had no experience of type 2 diabetes, while now it is responsible for the deaths of 8% of Aborigines (compared to 2% of non-indigenous Australians). Equally shocking are the figures for the Pima or Akimel O’odham Indians in Arizona, who for over 2,000 years had developed an unusual system for irrigating their land. From the 19th century on, the arrival of “civilization” led to significant changes in their way of life, including a radical transformation of their diet. They could no longer gather wild foods, as they had in the past during times of famine, and instead became dependent on government handouts of sugar, lard and flour. The result? “This sudden change to a very unhealthy diet, coupled with a more sedentary life, resulted in one of the highest rates of diabetes in the world: approximately 50% of Akimel O’odham Indians over 35 have type 2 diabetes.”

Unfortunately the examples are many, and we suggest that you read the report in full in order to see the true cost of progress. It is extremely high, in terms of the environment and loss of biodiversity, as well as the increased fragility of many indigenous peoples. Removed from their lands, their food sources taken away, these were the people whose rights Berta Cáceres was fighting for. We must continue the fight, standing alongside indigenous peoples and supporting their rights. 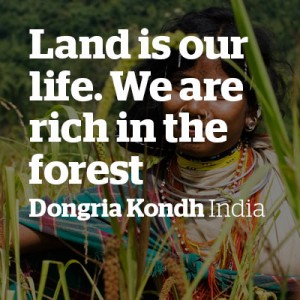