As of today, one million EU citizens have signed the End the Cage Age European Citizens Initiative (ECI); the biggest ever political push for farm animal welfare. 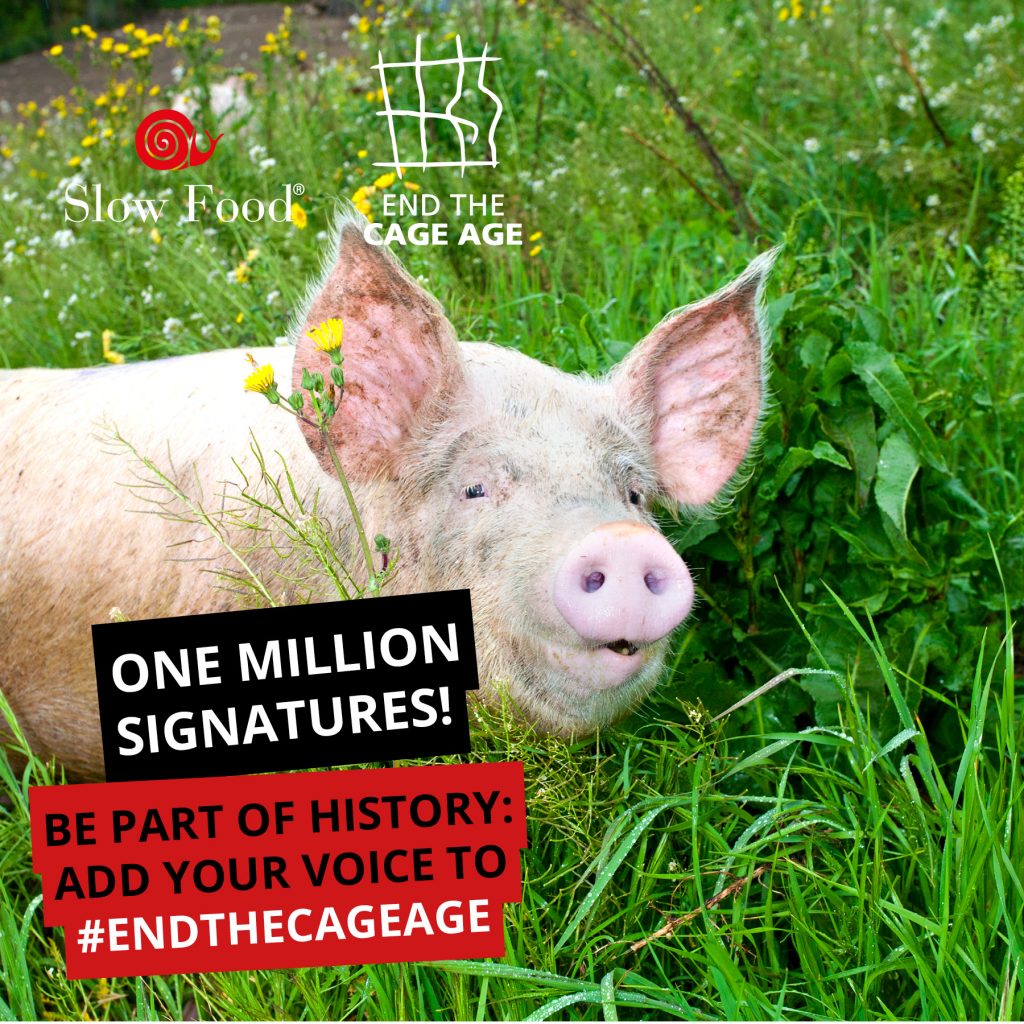 May 30, 2019 – Slow Food joined forces with over 170 other animal welfare and environmental organisations across the European Union to launch the #EndTheCageAge ECI, which aims to end the use of cages for farm animals across the continent. Today marks the collection of one million signatures—a first in the history of farm animal welfare.

Marta Messa, Slow Food International Councilor for the European Union,  says: “Slow Food is part of the largest coalition for farm animal welfare, and we are proud of this collaborative effort. One million signatures is a remarkable milestone, however, the fight to get farm animals out of cages is not over yet.”

Over the last eight months, the campaign has held events throughout the EU, obtained media coverage in international newspapers, and launched a digital activation – Cagefighter Software – enabling all EU citizens to set up an individual page, encouraging others to add their name to this movement.

“EU citizens have just over three months to sign this groundbreaking initiative. Should we continue to collect signatures as we have done over the last eight months, we are going to send an overwhelming message to the newly elected European Parliament and the Commission, showing just how important this matter is to Europeans.”

Over 300 million pigs, hens, rabbits, ducks and quail are all kept in cages across the EU. Most cages are barren, cramped, and deny the animals space to move freely. Cages are cruel and completely unnecessary. The ECI will bring about a seismic shift in our food and farming system, with the potential to benefit hundreds of millions of farm animals a year in Europe, by sparing them a life of suffering. This would be a monumental step on the path towards ending factory farming.

“Of all the terrible contraptions used to control animals, the cage is one of the worst. It is high time we evolved past such cruelty and put a stop to the primitive and barbaric practice of keeping farm animals behind bars – a life spent in a cage is no life at all,” Messa concludes.