Today (30 June, 2021), the EU Commission committed to phase out cages in animal farming across the EU by 2027, making history for farm animals. 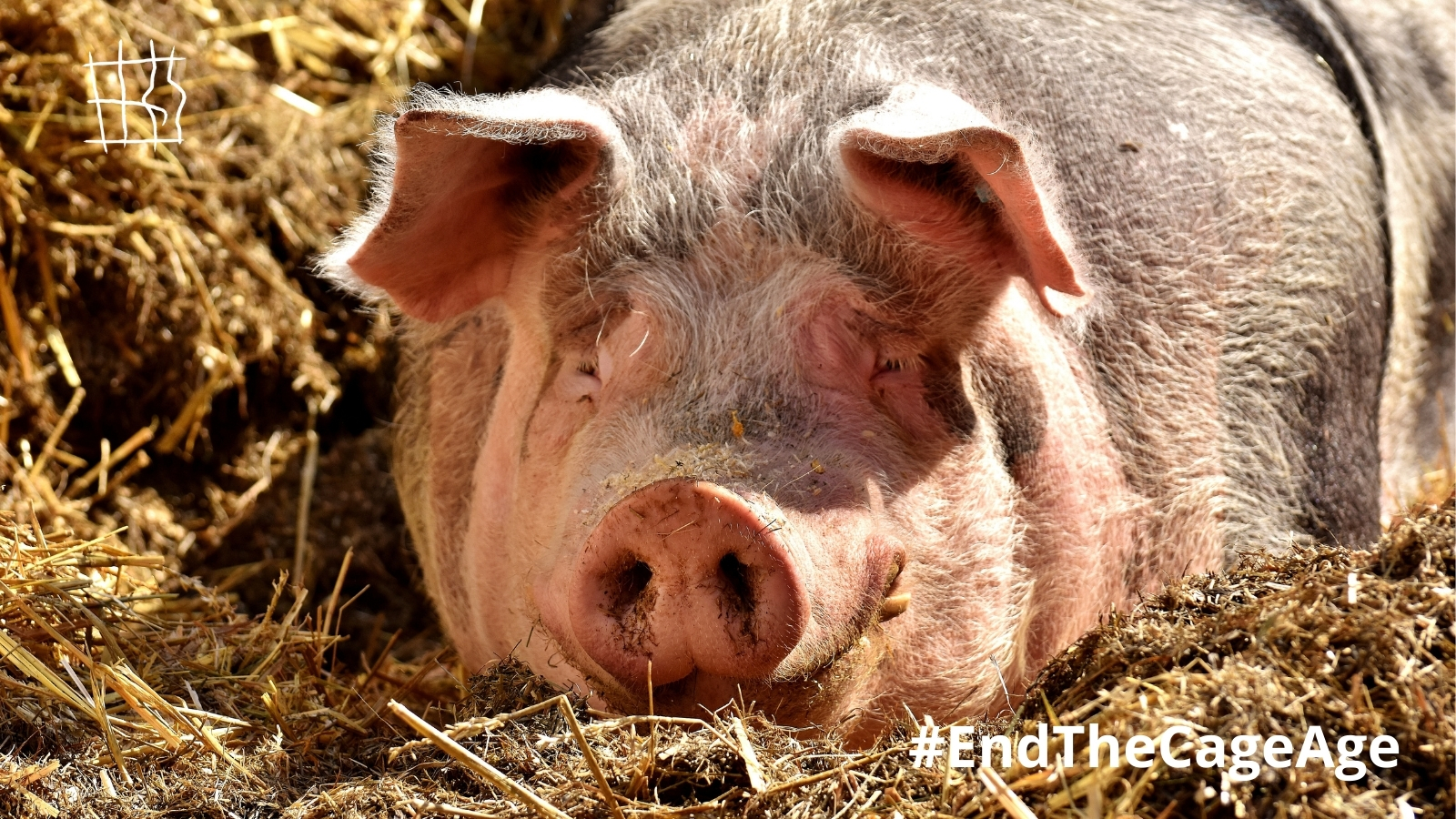 The Commission plans to prohibit cages for over 300 million hens, mother pigs, calves, rabbits, ducks, geese and other farmed animals every year, looking at a phase-out by 2027. EU Health Commissioner Stella Kyriakides and Commission Vice-President Věra Jourová made the announcement at a press conference covering the Commission’s response to the ‘End the Cage Age’ European Citizens’ Initiative (ECI). The ECI, which is the first successful Initiative for farmed animals, was signed by an overwhelming 1.4 million EU citizens.

The Commission announced it intends to “put forward a legislative proposal by the end of 2023 to phase out and finally prohibit the use of cages for all the animal species and categories referred to in the initiative”. It will also address the issue of imported products from non-EU countries, committing to look at “introducing rules or standards for imported products that are equivalent to the EU’s”. By the end of next year, the Commission will evaluate the details of the legislative proposal that will be put forward in 2023, which would need the approval of the European Parliament and the Council of the EU.

The coalition that campaigned for the ECI End the Cage Age to be a success, including Slow Food, welcomes this game-changer decision:

“The long-awaited day has finally come! Today, the European Commission made a historic  decision to leave a legacy for farmed animals. Citizens demanded change and the Commission received the message loud and clear, making an unequivocal and visionary commitment to phase out cages.”

The ‘End the Cage Age’ ECI launched on 11 September 2018 and closed exactly a year later, having gained over 1.6 million signatures. Following the required signature validation period, the ECI easily exceeded the required threshold of 1 million signatures, with a total of 1.397.113 validated signatures across Europe. It also outstripped the minimum number of signatures threshold in 18 EU member states, out of the seven required. This makes the End the Cage Age ECI the:

Making history for farmed animals has been a collaborative effort, where 170 NGOs from across Europe joined forces and rallied citizens from every corner of the continent.

Slow Food is a worldwide network of local communities founded in 1989 in order to counteract the disappearance of local food traditions and the spread of fast food culture. Since then, Slow Food has grown to become a global movement that involves millions of people in more than 160 countries and works so that we can all have access to good, clean and fair food.