Today Rainbow Maize and the Rex Union Orange have officially joined Slow Food’s Presidia project, which supports quality production at risk of extinction in the face of industrial food production. Both traditional varieties have been handed down through generations of family farmers and must be saved for future generations.

Rainbow Maize is an heirloom corn variety that was grown in South Africa long before commercial and genetically modified varieties adapted to monocultures and intensive agriculture became dominant. These days, cornmeal is still an important staple in the country, but over 80% of the corn grown in South Africa is genetically modified. This is why Slow Food in Johannesburg decided to take action and activate the local Slow Food network to help save traditional varieties.

As for the Rex Union Orange, it could only be found in a single place in all of South Africa: Lemoenfontain Farm in Rustenburg, North West Province. South Africa is one of the world’s largest exporters of fresh citrus immense industrial citrus orchards surround Lemeonfontain Farm. Safeguarding this local variety, which is the essential ingredient in a traditional marmalade still produced artisanally and domestically today, is essential. 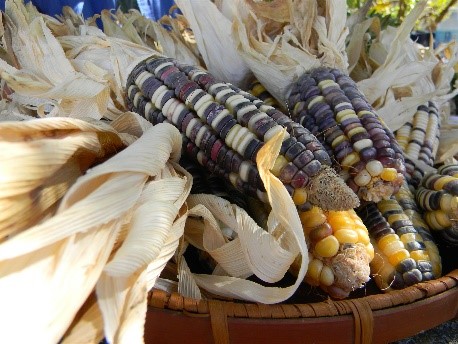 
The local Slow Food network started the Rainbow Maize Revival project in 2015 to save an heirloom corn variety in a country dominated by genetically modified corn. This traditional variety has extraordinary political and symbolic value. It is not grown commercially; instead it has been preserved and passed down by subsistence farmers for generations.

The name “rainbow” comes from the many colors of the kernels, which can be opaque blue, carmine red, pale orange, creamy white, violet, egg-yolk yellow, or pink. Though there is little historical documentation, it is believed that corn was introduced to South Africa in the 16th century by Portuguese traders. The cereal found fertile ground particularly in the eastern region of the country known as KwaZulu-Natal, which was home to the largest concentration of Zulu people. It quickly became a staple in the local diet. The Slow Food network has tracked down some farmers in what is known as the Valley of a Thousand Hills, close to Pietermaritzburg, in KwaZulu-Natal. Recently some seeds were taken to the Guateng region, to the Soweto and Orange Farm areas, where they are being cultivated by a few small-scale farmers who work the land using environmentally friendly agroecological techniques.

The seven producers in the Presidium have signed onto a production protocol as well as a manifesto that highlights the main reason why they are defending rainbow maize: to safeguard for future generations a traditional variety that is perfectly adapted to the tastes of the local communities and the local climate and soil conditions. 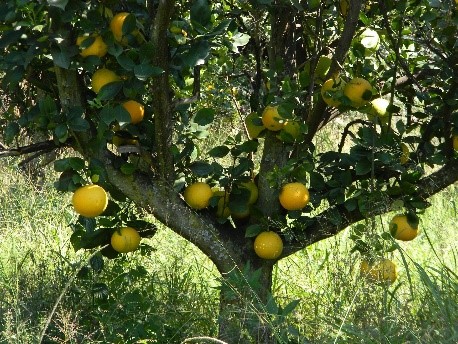 The Rex Union Orange is the result of a cross between a sweet orange and a pomelo and it is botanically classified as Citrus x paradisi. In 2014 the local Slow Food network mobilized to save the Lemoenfontain Farm citrus orchard, which at the time was abandoned but was the only place where the Rex Union was growing. A project was launched to restart production: Informal events like picnics were organized, as well as fundraising, artisanal processing, sales in food shops, and even challenges and competitions for the best traditional marmalade. This helped bring public attention back to the Rex Union. Today the Presidium involves not only Lemoenfontain, but also another producer and a processor, with the aim of continuing work to rescue the variety and promote agroecological cultivation techniques.

South Africa has 59 products on the Ark of Taste, 5 Presidia, 19 chefs in the Chefs’ Alliance, and 36 gardens in the Gardens in Africa project.