Unfortunately, many people in Latin America — especially indigenous peoples — have seen their power over what they eat be taken away from them.

Indigenous peoples continue to be victims of widespread land grabbing, and priceless ancient knowledge is disappearing. There has been a disastrous reduction of natural biodiversity, too, as huge swathes of land have been taken over by multinational corporations for industrial food production. At the same time we are losing a wide variety of delicious, nutritious foods and traditional staples, as the industry focuses more and more on a narrow range of high-yielding, high-profit, modern monoculture crops. 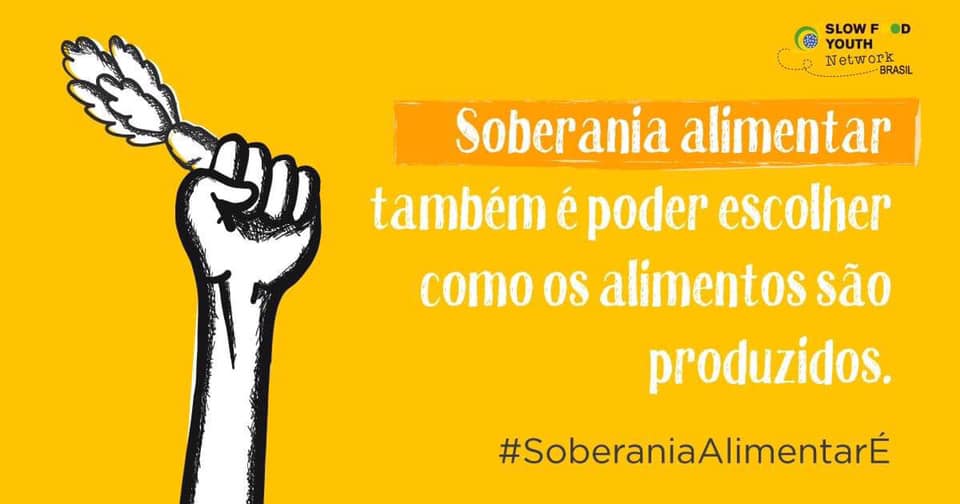 Concerned by the dangers and damage already done to the region’s food system and environment through a combination of war, poverty, and profit-driven industrialisation over recent decades, ​Slow Food Youth Network​ (SFYN) groups across Latin America have joined forces to raise awareness about the need to fight for food sovereignty. They want to keep this variety and diversity alive. They want to protect the indigenous knowledge built up over centuries. They don’t want to look forward to a future of fewer and fewer foods, of forgotten cultures and destroyed ecosystems.

So, throughout a more than month-long #FoodisSOVEREIGNTY campaign, SFYN groups across Brazil, Peru, Mexico, Colombia, Chile, Puerto Rico, Bolivia, and Argentina are coordinating a broad range of events and actions around the topic of food sovereignty. They hope to promote the production and consumption of seasonal, local, traditional foods, as well as to open a discussion about the damaging effects of the industrialised food system on society and the environment.

As part of #FoodisSOVEREIGNTY, ​SFYN Brazil​ is running an ongoing educational campaign targeting four key topics: the power of choice, traceability and knowing where food comes from, local identity, and public policy (particularly focusing on CONSEA, the former Brazilian food safety council that the government tried to close down and has been kept by popular pressure). In Peru, ​SFYN Lambayeque​ have arranged a number of food sovereignty workshops with various groups, including indigenous. 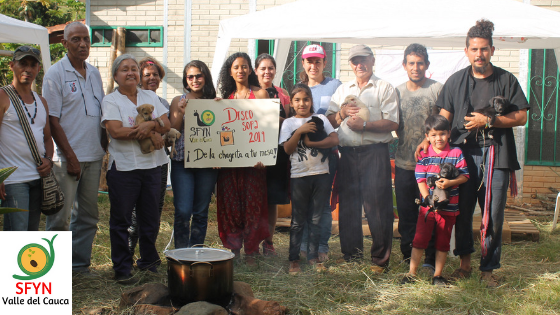 Quechua-speaking communities; the focus of these workshops is also on promoting the preservation of native languages. In ​Puerto Rico, SFYN​ recently collaborated with the University of Puerto Rico to organise workshops about food sovereignty during ​Cinco dias con nuestra tierra​ (‘5 days with our Earth’), one of Puerto Rico’s biggest agricultural fairs that attracts hundreds of thousands of visitors annually.

During the #FoodisSOVEREIGNTY campaign, the third annual SFYN ​World Disco Soup Day​, on April 27th, offered a chance to reflect on one particular issue within the food system: food waste due to industrial overproduction. A total of 27 World Disco Soup Day events were organised by SFYN groups across Latin America, each addressing the problem of food waste in a unique way, as well as drawing attention to other issues. SFYN Peru organised a Disco Soup in every region of the country, with events combining the fight against food waste with workshops and activities on food sovereignty as well as protecting indigenous people’s culinary and cultural heritage. The Buenos Aires event in Argentina also featured workshops on the preservation of traditional food products and dishes, while events organised across Brazil integrated workshops and presentations on everything from food sovereignty and the right to nutritional food, to making compost, ecogastronomy, urban agriculture, and edible plants. 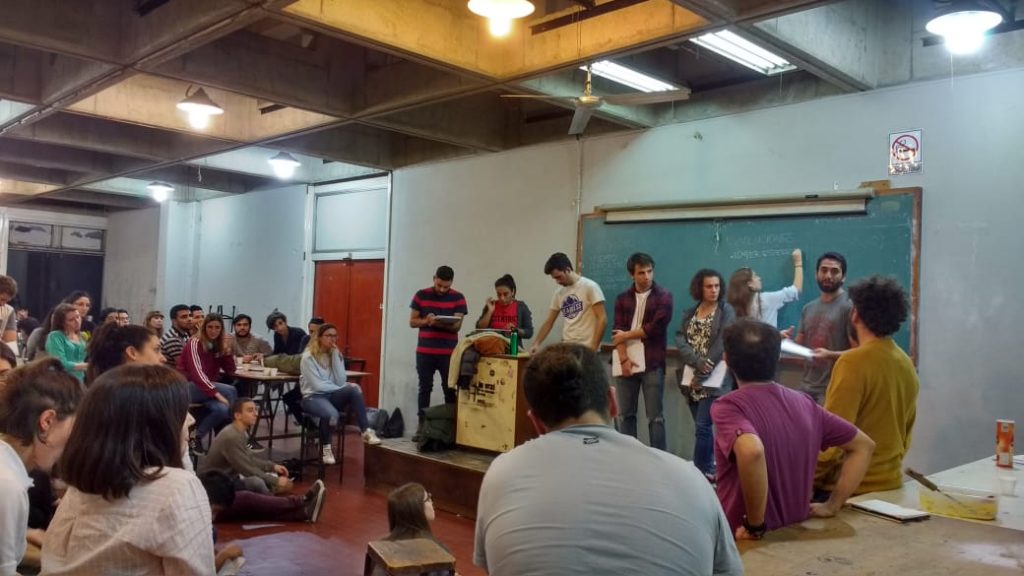 In Colombia, SFYN Valle del Cauca organised the Disco Soup in a rural area, in the town of Dagua. Whereas in Bogota the event featured chefs from the Slow Food Chefs Alliance preparing amazing soups using local products. ​SFYN Mexico​ used the occasion of World Disco Soup Day and the campaign to officially launch the youth network on a national level, linking the regional groups together. Their Disco Soups across the country stressed the importance of eating local, seasonal food. In Mexico City they had workshops focusing on sustainable cities and food waste reduction, while in San Cristóbal de las Casas they held the first Disco Soup with the goal of social integration between indigenous youth and urban youth.

From biodiversity and food security to ancient knowledge and traditional dishes disappearing, there is a lot at stake if we continue to lose food sovereignty. And there is a lot happening around Latin America this month to try and stop that from happening.

Follow the SFYN #FoodisSOVEREIGNTY campaign on Facebook and Instagram. Share, like, and re-post to spread the word or, if there is an event happening near you, go along and join in the fight to save food sovereignty. Let’s help preserve our roots, in order to protect our food future!