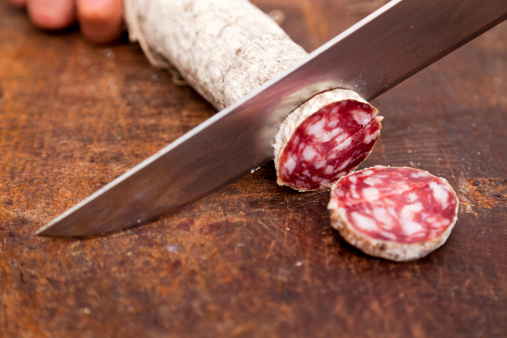 Preservatives are used as additives in meat products, such as sausages, charcuterie and canned meat, in marinated fish, and even dairy products. They usually take the form nitrites and nitrates—substances that are added to foods, especially mass-produced foods, to protect them from microbial contamination, and to improve their appearance and texture. If they were only used to increase the shelf life of the product, the amount added would be much lower than what is currently used: therefore, their purpose is also to artificially alter some of the products’ characteristics, such as the color of meat. The widespread use of preservatives in charcuterie is just one of the many symptoms of the industrialization of food production. Nitrites, for example, make it possible to produce charcuterie using processing by-products in which bacterial contamination is much higher than when using whole carcasses – preserving the meat’s red color.

All at the expense of not just the quality of the product, but also consumers’ health. In fact, in an acidic environment (particularly in the stomach) nitrites form potentially carcinogenic molecules known as nitrosamines. As for nitrates, which are not harmful to health per se, in certain conditions they tend to transform into nitrites once in contact with the bacterial flora in saliva.

For that reason, the Italian Cancer Research Association (Airc) claims that “excessive or prolonged consumption of sausages containing preservatives is associated with an increased risk of developing stomach and esophageal cancer.”

In Italy, some of the most stringent legislation in Europe has been enforced, regulating the use of nitrites as food additives, only allowing them in small quantities (the maximum limit of nitrites permissible under Italian law is 150 milligrams per kilogram of food product).

Today, the use of these additives seems unavoidable and taken for granted, but it is overlooked that charcuterie has been produced for centuries using only natural preservatives, such as salt, pepper, chili pepper, spices and smoke.

Whereas, since the post-war period, the practice of using nitrites has become so widespread that even many artisan producers consider them to be essential, there are still (though increasingly fewer) producers that make preservative-free charcuterie, sold not only in their own shops, but throughout Italy, with no shelf life problems.

Massimo Pezzani, manager of Antica Ardenga, a small business that makes charcuterie in the Bassa area of Parma, is one of them. The business, which is one of the 13 producers that make up the Culatello di Zibello Consortium, a Slow Food Presidium, recently launched “free salami”, produced with no nitrites or nitrates. 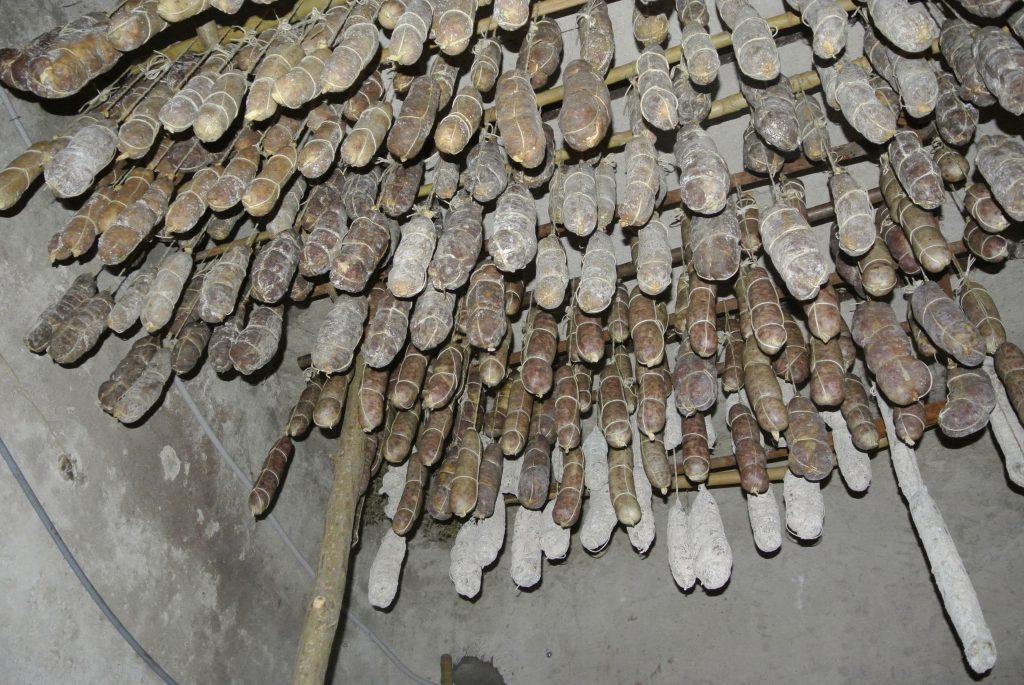 “I’ve tried to make a product that is as natural as possible,” says Massimo, “based on the premise that the vast majority of charcuterie is now made with extensive use of nitrites, nitrates and antioxidants. A remarkable amount of work has been done behind the scenes and the production philosophy is completely different, but the pay-off for the sacrifices is a high-quality product.”

“Above all, the pigs, which are slaughtered at 14 months of age and weighing around 570 pounds, are born and reared on the farm and fed GMO-free feed. That means that compared with an industrial farm, the processed meat is of a higher quality and contains less water, since the animals are fed a healthier and more balanced diet. This approach reduces the risk of bacterial growth and, with a sound drying process that involves using cold rooms, it’s possible to avoid using preservatives. It’s a different approach to production, which takes longer and involves a slower maturation process.”

In regulating its Presidia, Slow Food stresses that nitrites should be avoided, while the use of nitrates should be limited. Consumers can see the quantity of nitrates used by reading the label and choosing products that contain lower amounts or contain none at all.