The industrial approach has transformed livestock farming into “zootechnics”—the science and technology of exploiting animal production—and farmers into “agricultural entrepreneurs.” The industrial principles of economies of scale and pervasive mechanization have greatly impacted the living conditions of farmed animals, animals that we know to be sentient beings, able to feel emotions, suffering and stress and highly physically and psychologically sensitive.

The issue of animal welfare cannot be tackled with without properly tackling the most critical phase: slaughter. This particularly tricky process already starts from when the animals are loaded ready for transport and includes the time needed to take them to the slaughterhouse.

Animals that have lived fairly freely, outdoors—as happens on extensive farms, whether organic or “low-input,” like those being studied by the European PPILOW project and promoted by the Slow Meat campaign—have a particularly low tolerance for loading operations, the sharing of restricted spaces during transport, forced movement and conventional slaughtering methods. It is not surprising that the slaughtering phase has been noted as one of the most complicated to manage during a study carried out in seven European countries by the PPILOW partnership. 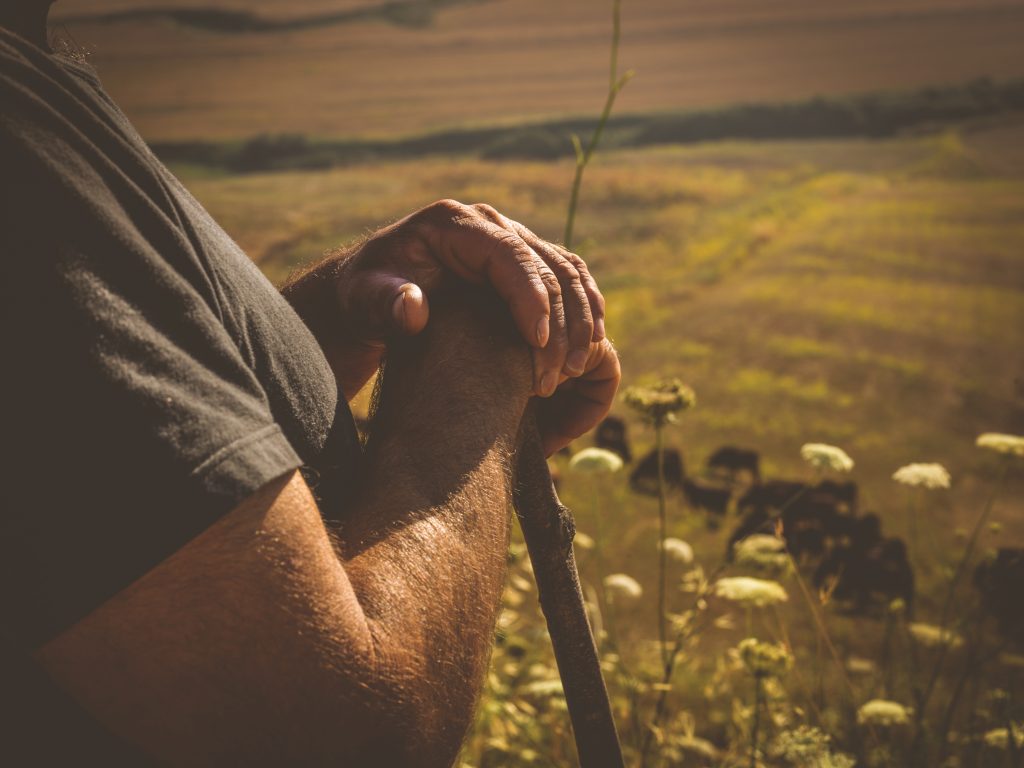 The regulations currently in force (e.g. Council Regulations (EC) No 1/2005 and No 1099/2009) focus on these aspects and require that slaughtering follows specific standards in regards to structure and management so as to avoid more stress and suffering in the final phase of the life of those animals who have lived on extensive farms, without excessive confinement.

The EU has also committed to achieving an objective of at least 25% of agricultural land being converted to organic certification as part of the Green Deal’s “Farm to Fork” strategy.

Currently Italy has 29,000 organic farms, just over 6.2% of its total. In the next few years many farms will be encouraged to convert to organic agriculture, so the number of animals reared outdoors and on pasture will increase in the future. We therefore must expect behaviors and attitudes that are different from what currently takes place in the intensive system, including during the final slaughtering phases.

There is no doubt that incorrect management of the final phases of the lives of farmed animals can have a negative effect not just in terms of ethics, but also technology, nutrition and economics.

The Italian Committee for Veterinary Bioethics has issued a document that states that all animals should be stunned so that they undergo “unconscious slaughter,” with the adoption of procedures able to minimize their negative emotions, stress and suffering before and during the entire process. 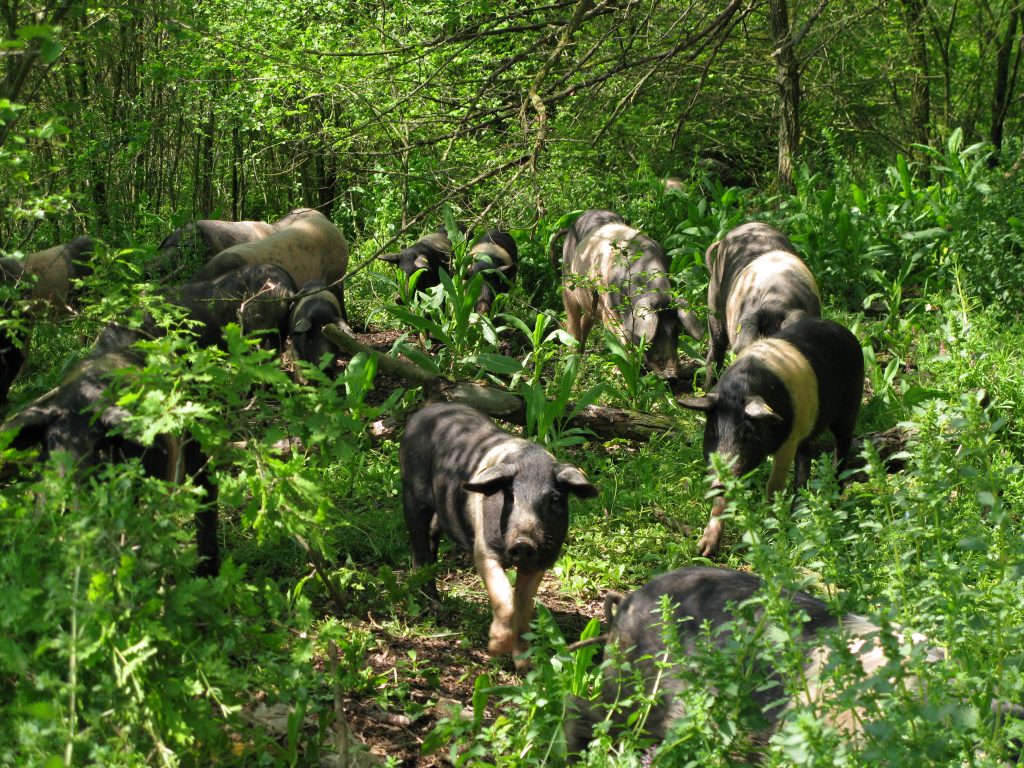 In Germany and Austria, for example, systems of on-farm slaughtering have been developed since the 1980s, particularly thanks to Regulation (EC) No 853/2004 which governs emergency slaughter outside the slaughterhouse. This regulation includes the possibility of slaughter on the farm for animals whose condition means they cannot be transported, specifically so as to minimize their suffering for no reason. They might, for example, have an injury or disease that would make the meat unsuitable for human consumption.

Another possibility is to compare the slaughter of pigs raised in a wild or semi-wild state with that of reared game (like wild boar, for example), thus bringing in the possibility of killing the animals on the farm. This would mean it would be possible to slaughter them on site, avoiding these conscious beings having to be loaded, transported and unloaded. To date in Italy, however, a specific authorization from the local health board’s official veterinarian is needed, and a post-death check on the animal must be carried out by an authorized vet. Obviously this makes everything more complicated. In France, an association of farmers and experts is working to obtain authorization for slaughtering on the farm. Slow Food screened a French documentary exploring the initiative, Un lien qui nous élève, at Cheese.

Since April 2019, a French decree has established that tests of mobile slaughterhouses can be carried out in order to verify their feasibility. In 2023, following four years of such tests, official approval for a mobile system will be discussed based on the results.

Things are changing in Italy too. Tenuta di Paganico, a farm that belongs to the Slow Food Maremmana Cattle Presidium, has been organically farming Maremmana cattle and Cinta Senese pigs in wild conditions for years and currently slaughters its animals around 20 kilometers (12 miles) from the farm. The farm has been searching for a technical solution that would allow it to take over the entire production process, protecting and preserving the exceptional quality of the products obtained thanks to the outdoor farming while still respecting current heath and safety regulations. It has presented a pilot project within Measure 16.2, “Support for pilot projects and the development of new products, practices, processes and technologies,” of the F.A.R. Maremma within the 2014/2020 Rural Development Plan – LEADER method.

The project, “INcroci di CInta senese allevati sui pascoli della MAremma toscana: qualità della carne e BENESSERE animale” (“Tuscan Maremma pasture-reared Cinta Senese crossbreeds: meat quality and animal welfare”) is abbreviated In. Ci.Ma. il Benessere, which translates as “welfare at the top.” Among its objectives are the construction of a small mobile slaughterhouse which would make it possible to carry out the loading, unloading and transport operations on animals in a state of irreversible unconsciousness or already dead, limiting or eliminating the loss of quality in the meat that comes from pre-slaughter conditions that generate stress as well as guaranteeing a more comprehensive respect for the quality of life of the farmed animals. 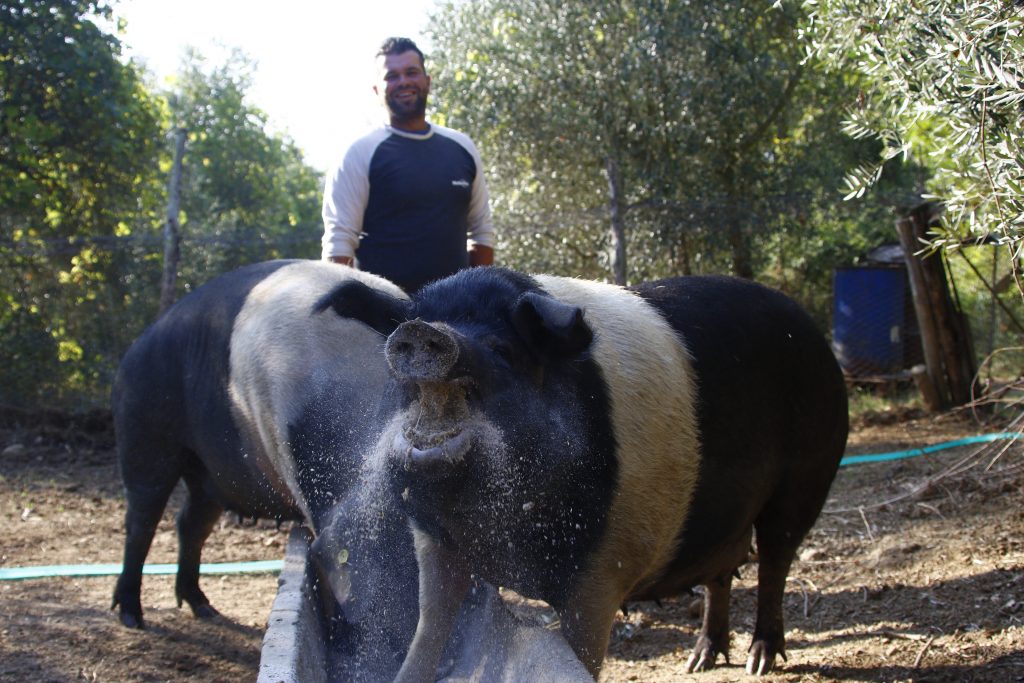 The other two points of the project funded by the Region of Tuscany, run in partnership with the University of Pisa’s “Enrico Avanzi” agri-environmental research center, are:

In practical terms, following this practice, pigs are stunned directly on the farm, in a properly sized and controlled facility, by a worker—trained in accordance with Council Regulation (EC) No 1099/2009—using a captive bolt pistol that produces an immediate state of irreversible unconsciousness. The animal’s body is then loaded into a mobile transport structure using a winch and drained by cutting the major arteries and veins (carotid, jugular, brachiocephalic trunk). The mobile structure includes a small room with a hot-water sink to facilitate washing for the worker and the tools being used. Effluent (blood and urine) is collected within the structure in a special tank so that it can be transported and disposed of at the slaughterhouse. After the closure of the mobile structure, the worker, depending on the season, can switch on the trailer’s internal air conditioning and then reach the local slaughterhouse within two hours. Here the veterinary service can carry out all the necessary checks on the animal and ensure that health and safety regulations are being complied with.

Thanks to the project, the Tenuta di Paganico has obtained a temporary authorization from the local health authority, with whom it has established a constructive relationship. If the data confirm the effectiveness of the on-farm slaughtering technique, a request will be made to the Ministry of Health to authorize it as business practice. This structure, being easily transportable, could also be used by multiple farmers in the same area, boosting the competitivity of livestock farming in marginal places.