Archive » In pictures: From Tree to Cup Coffee Festival, Uganda

Coffee has a very old history in Uganda. In the colonial period it was synonymous with brutality, as the British forced Ugandan farmers to grow it and demanded the highest quality; farmers who didn’t deliver were publicly beaten. However, while Uganda is a major exporter of coffee (it is the country’s largest cash crop), domestic consumption is still very low. Almost hidden within that world, there are native varieties of coffee which are rarely exported, examples of Uganda’s enormous biodiversity put at risk by the demands of the export industry. One of these, Luwero Kisansa, is already a Slow Food Presidium. 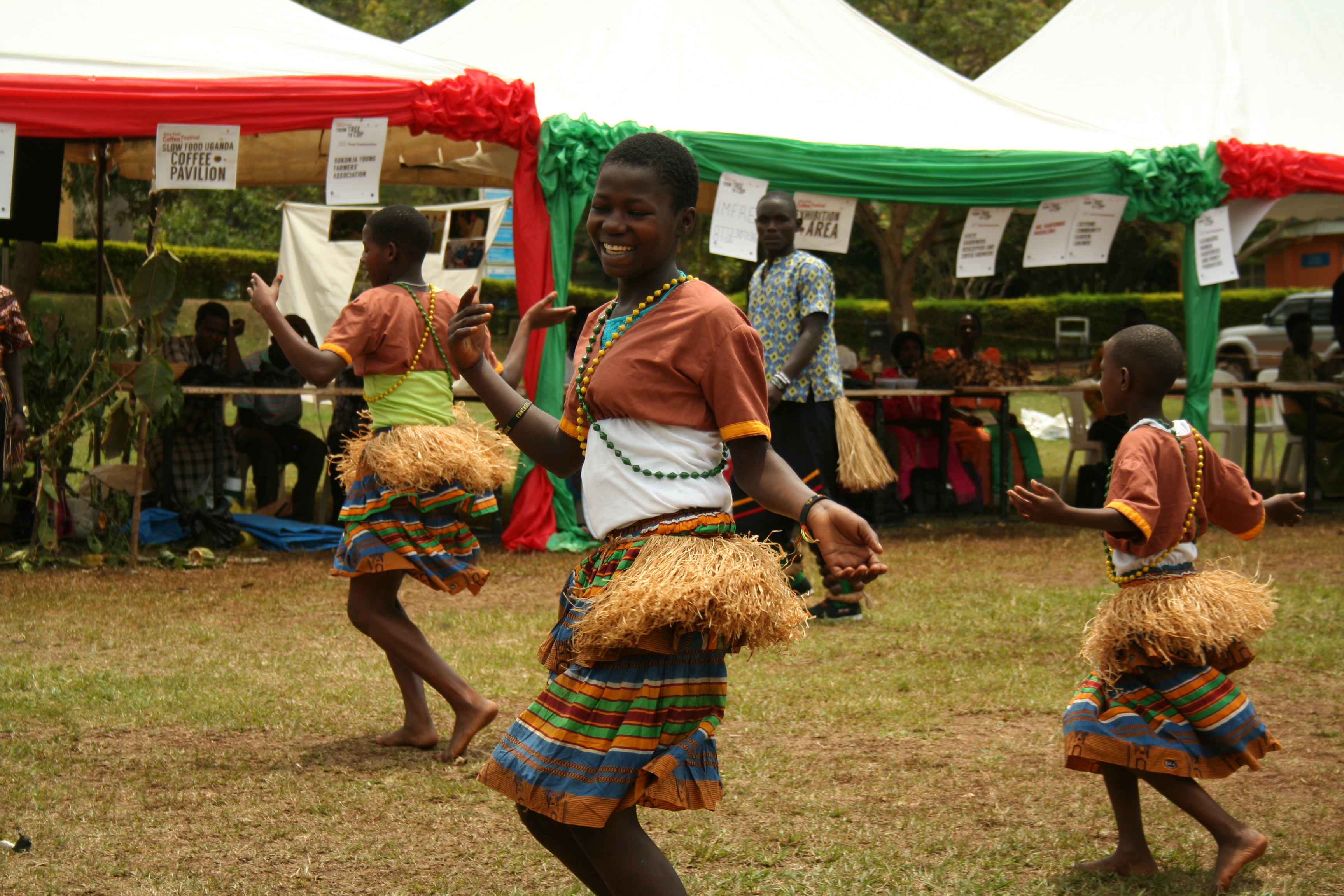 At the “From Tree to Cup” festival, these native varieties were celebrated and appreciated in all their glory, raising awareness among the local population of the true worth of their agricultural heritage. As Slow Food Vice-President Edie Mukiibi says: “As Slow Food Uganda we are sensitizing farmers against the use of GMOs in addition to promoting the best farming practices to ensure that the final products are worth being put on the market. The approach to coffee production is that must be defined by three interconnected principals: Good, Clean and Fair. Unfortunately Ugandan coffee is not easily recognized internationally like coffee from other countries like Kenya, Rwanda or Ethiopia. One of the reasons is that in Uganda the emphasis is put on quantity not on quality. Many farmers have opted to grow new Robusta coffee variety that promises higher yields.” 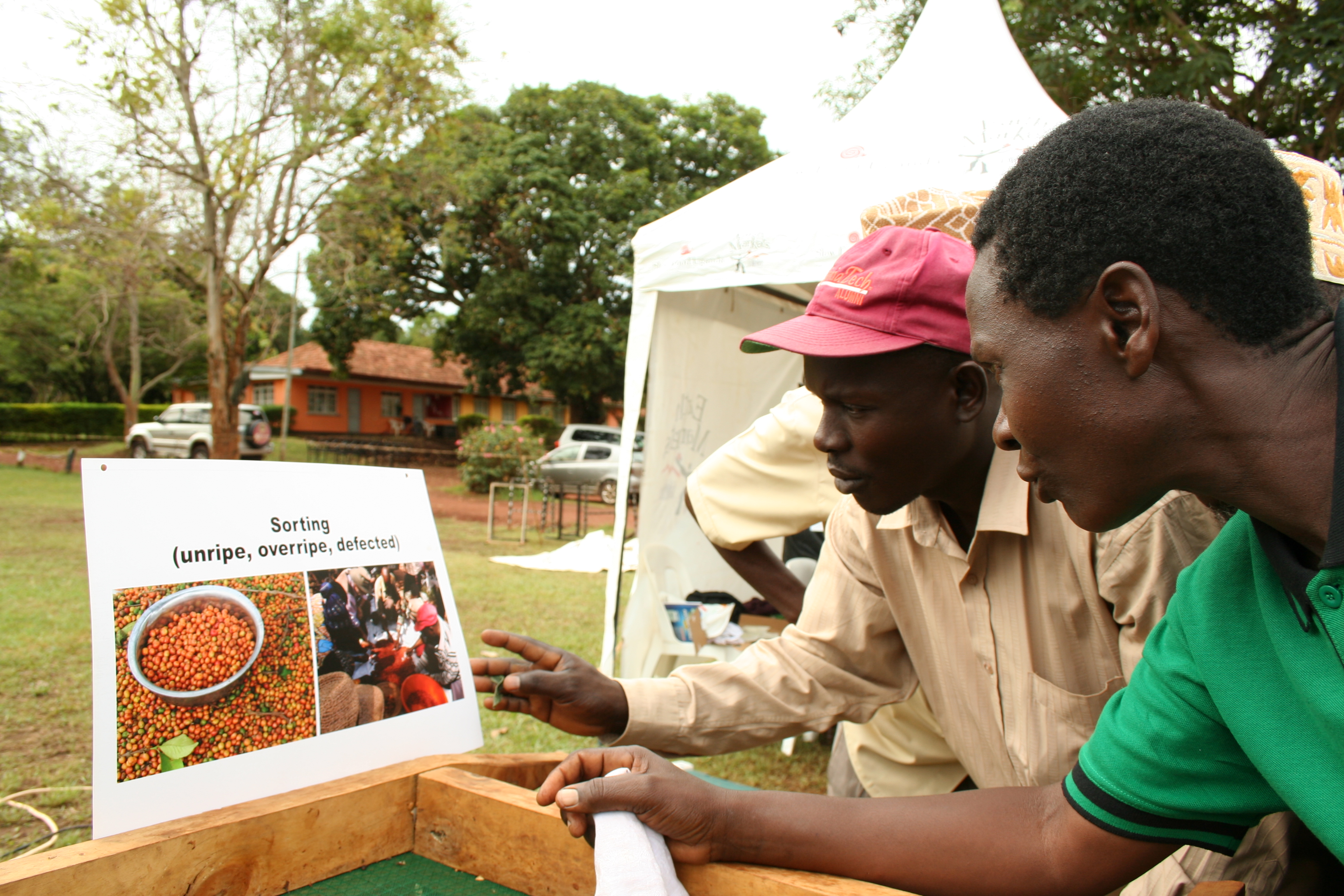 David Kananura, representative of the Uganda Coffee Development Authority said. “The UCDA is encouraging local consumption of coffee and farmers to follow the best practices raising quality to reach the worldwide market.” 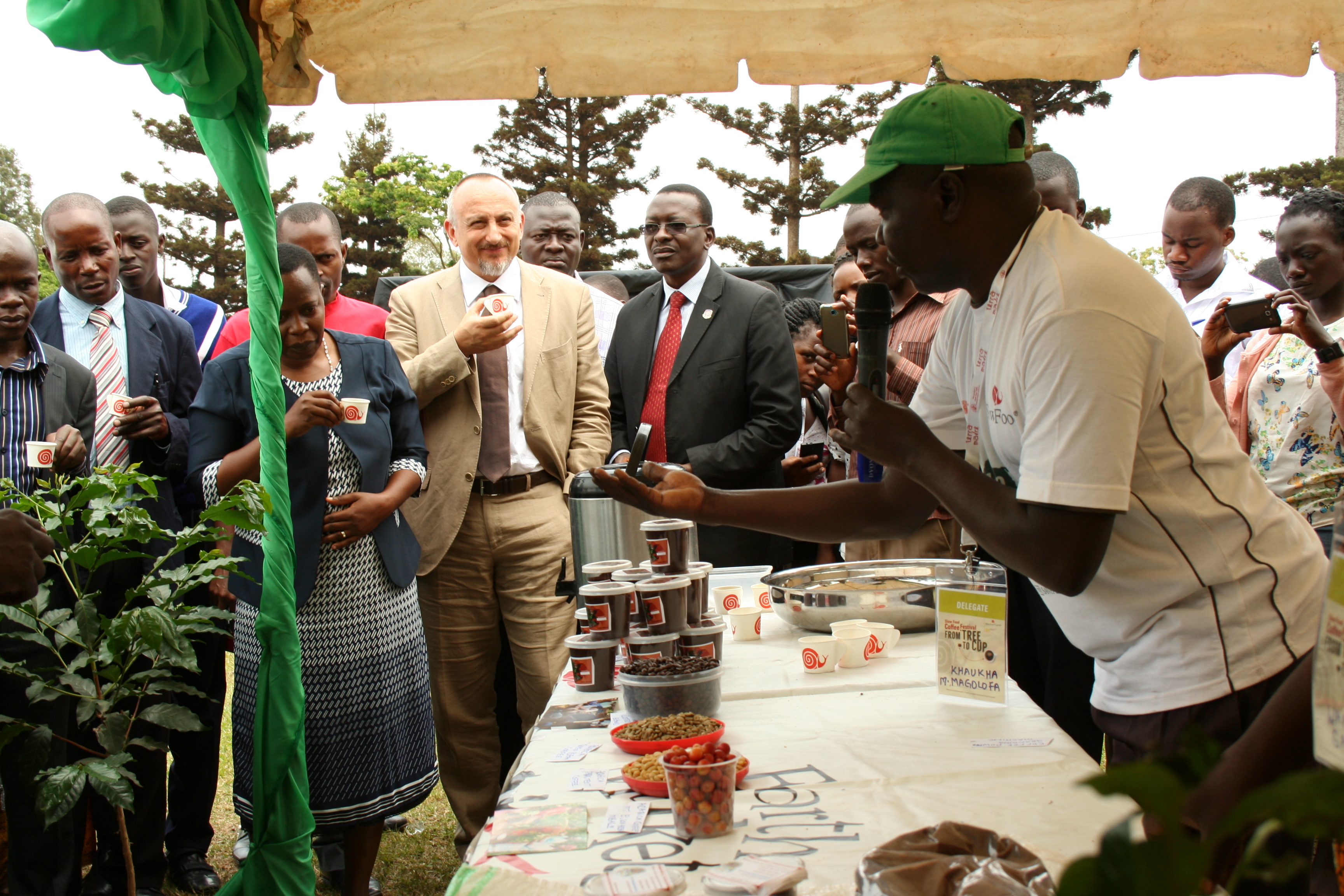 Meanwhile, the Italian Ambassador to Uganda, H.E. Domenico Fornara, said: “Many Ugandan products don’t make it onto the world market because of the way they are harvested, processed and packaged or because they are genetically modified. To compete with the rest of the world, we need to ensure that what we put out there is our best. Ugandans must embrace the best locally-produced products before other markets can be thought of.” 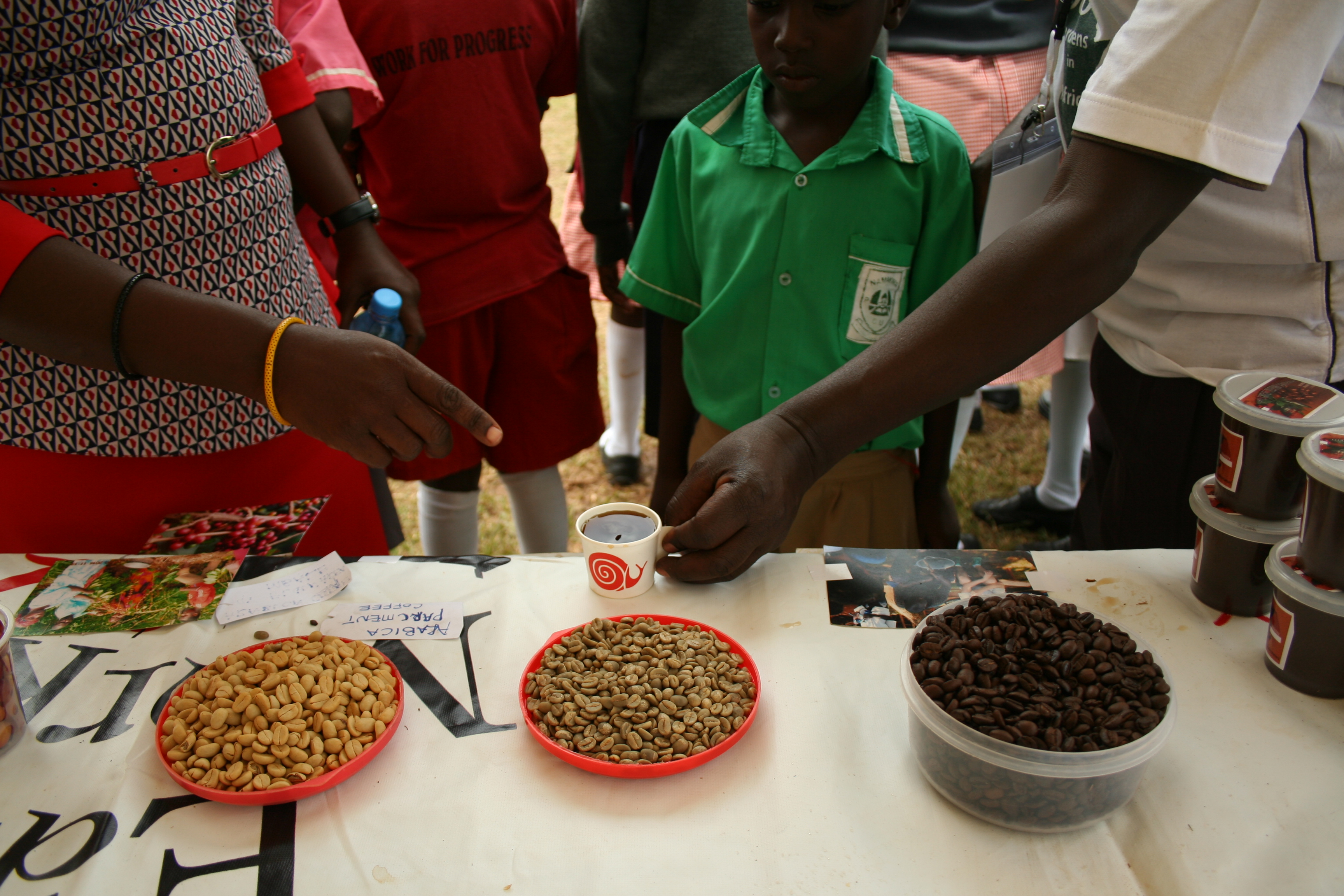 There were over 400 visitors at the From Tree To Cup Festival, including students from 13 different schools, 42 producers from 24 different food communities, all of whom are supported by Slow Food Uganda.