Bil’in is a small village in Palestine, just a few miles west of Ramallah and overlooking the West Bank wall. Here, the Slow Food Ramallah convivium runs initiatives to support the growth of organic, seasonal food. The convivium grew out of a community-supported agriculture (CSA) network called Sharaka, which was formed in 2009 to promote food sovereignty in Palestine. 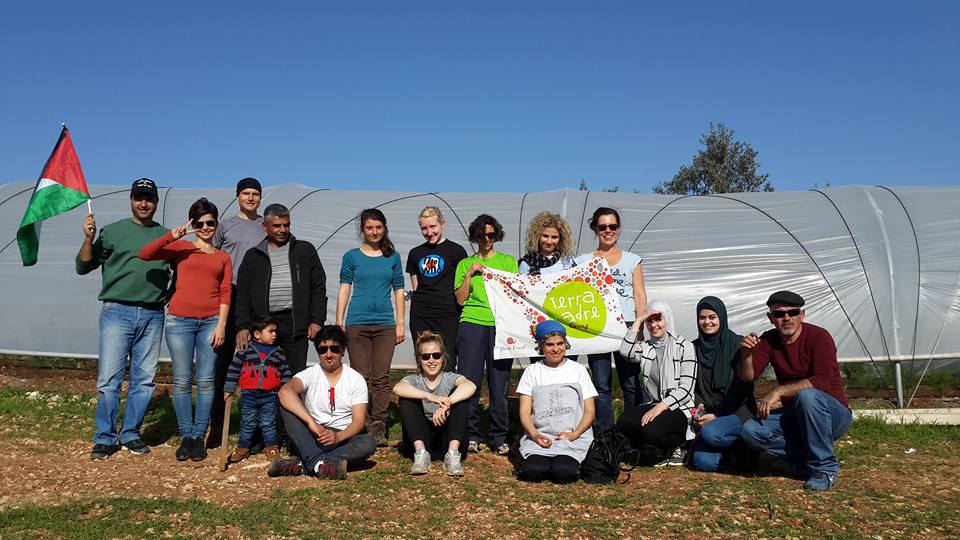 The volunteer Social Farming Day took place at Om Sleiman farm on February 25th, and was organized to raise awareness about successful models of food production that are good, clean and fair for both consumer and producer. The Om Sleiman Farm, established a year ago, is part of the CSA and grows organic food from heirloom seeds in Bil’in, a village that has lost much of its land to Israeli settlements, as well as West Bank wall. 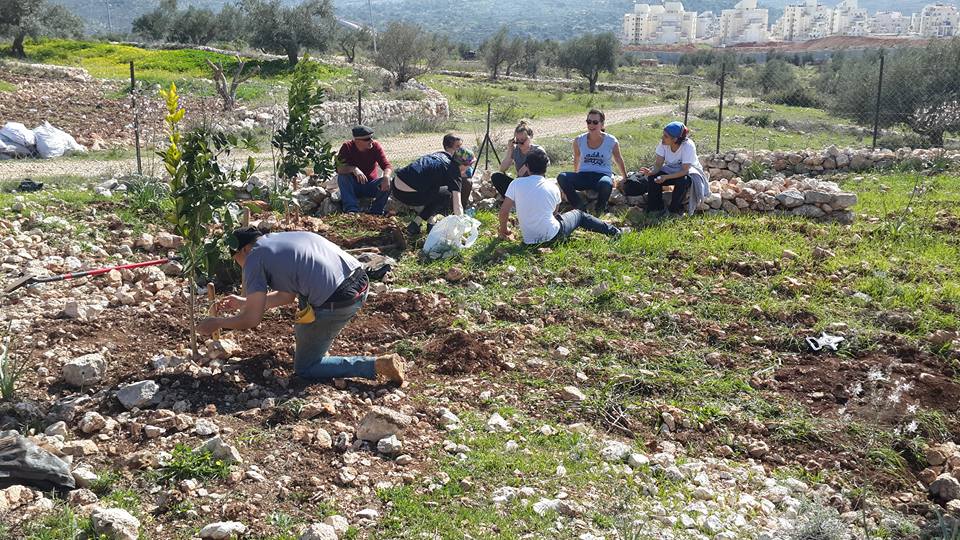 The CSA faces many challenges in producing food to nourish the community, as there are constant problems related to the confiscation of agricultural land, diversion of water resources and restricted access to seeds. Furthermore, since the 1993 Oslo Accords, neoliberal trade policies have facilitated land grabbing from foreign investors, as well having a destructive impact on our environment and agricultural methods. 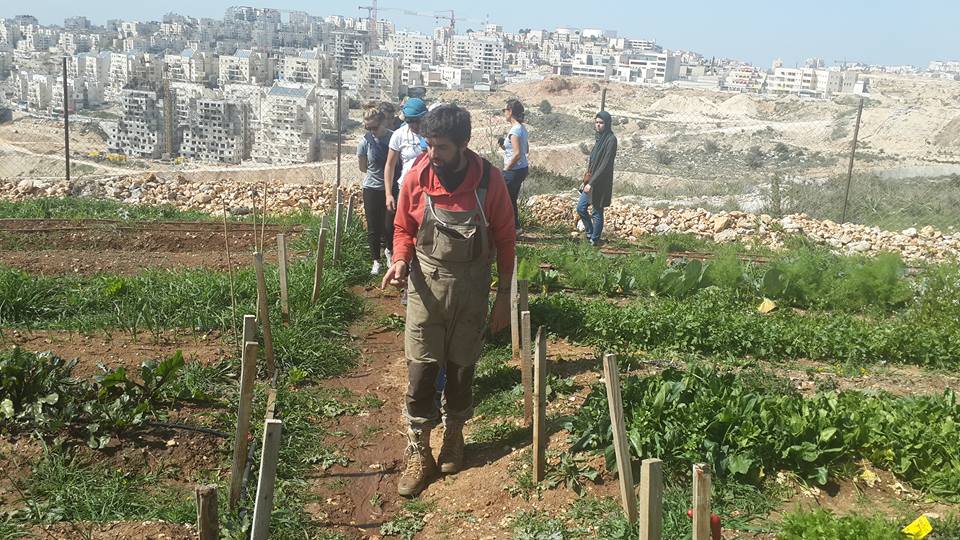 Members of the Ramallag convivium include activists, concerned citizens, and farmers. Some have established community farms, agroecological farms and CSA farms while othesr have organized farmers markets, seasonal underground restaurant events, and volunteer days on various farms like the one shown in these pictures. 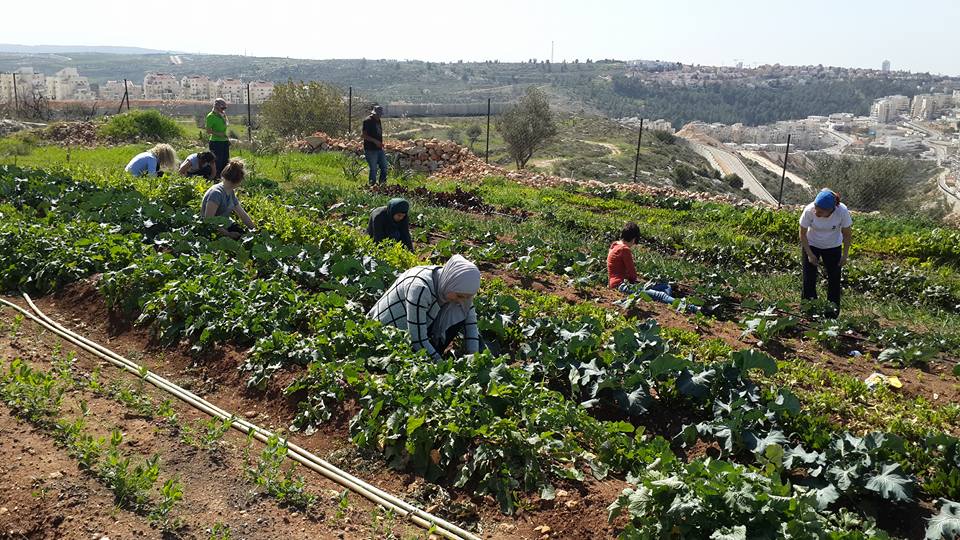 The convivium continues to organize volunteer days on various farms, as well as a seasonal underground restaurant, called Majhoul. It is held every four to six weeks in various locations across Ramallah and Al-Bireh, with a menu created by volunteers consisting of a four-course meal highlighting seasonal Palestinian produce. All ingredients are Palestinian and baladi. They are working to map the various sites of good, clean and fair food production across the country. 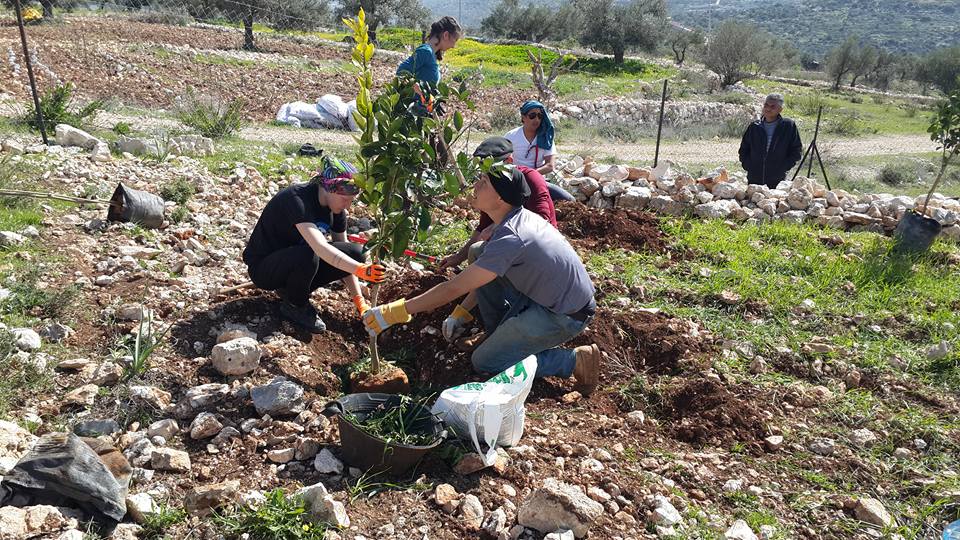