Archive » Pesticide Action Week: Another Kind of Agriculture Is Possible!

From March 20 to 30, events around the world will inform consumers about the environmental and health risks of pesticides and promote an alternative, agroecological approach to agriculture.

It’s spring, it’s pesticide time! This is the season that farmers and gardeners are particularly likely to use copious amounts of chemicals to prepare their soil for new planting. But there is an alternative, which is why every year Slow Food participates in the international Pesticide Action Week, organized by the Pesticide Action Network (PAN), along with other organizations. Local events, film screenings, conferences, seminars, markets and eat-ins all help to raise awareness among consumers about the risks of pesticide use to the environment and health and to promote the use of alternative methods.

For the 11th edition of the initiative, which will run from March 20 to 30, organizations and citizens’ movements around the world will once again unite to fight against the use of pesticides in agriculture and in urban settings. 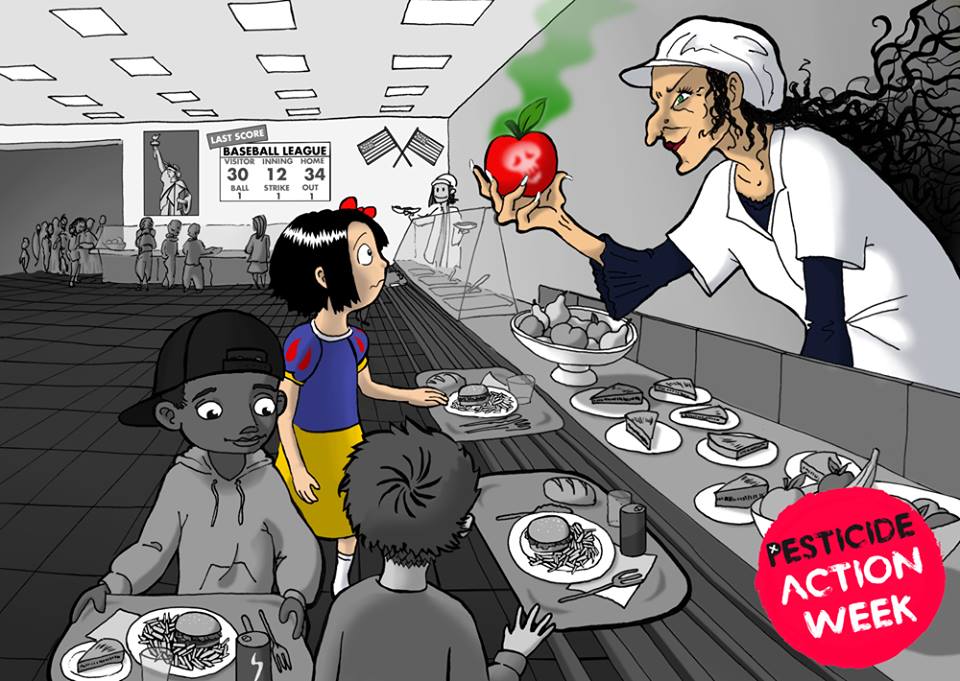 Designed to eliminate parasites from the harvest, these chemicals have a serious impact not only on the environment, but also our health. According to the World Health Organization, for example, pesticides are responsible for around 200,000 deaths globally every year, while the European Food Safety Authority says that around 45% of the food we eat contains pesticide residues, with 1.6% exceeding legal limits. Over the long term, these products also have a negative impact on agriculture itself, weakening the cultivated plants, compromising the soil’s productivity and the harvest quality and destroying plant and animal biodiversity.

Pesticide Action Week is a chance for all of us to make our voices heard. Organize your own event and add it to the official Pesticide Action Week site. Together we can learn about the risks of pesticide use, suggest alternatives to synthetic chemicals and lay the foundations for a pesticide-free agriculture, an alternative that is better for our health and better for the environment.