Since 2013 the country has had legislation that has served as a model for Latin America as a whole, the “Law for the Promotion of Healthy Food for Children and Adolescents” (30021), which sets out clear and strict rules to ensure the promotion of healthy and nutritious food, and particularly food aimed at growing young people, in Peru’s shops and schools. The Healthy Food Law promotes basic Slow Food principles: It is based on natural foods or those that have undergone little processing, favoring organic products from family farming, produced by people trained in nutrition and hygiene, to the benefit of society as a whole, especially small-scale economies… sounds like a law that should be copied around the world, no?

So what’s the problem?

The regulations underpinning the law were published on June 17, 2017. Unfortunately, they ignore the recommendations of the PAHO (Pan American Health Organization) in regards to sodium, sugar and maximum total fats to be stated on products; in fact, they exceed these limits by up to eight times. The excuse is that they are copying the Chilean model, even though Chile is not Peru and does not have the same ethnic and cultural diversity. This means that children in the Peruvian jungle who are intolerant to milk are nonetheless encouraged to drink it through state-run programs, just like those from the mountains, losing ancestral food customs and, above all, a sustainable economy and local biodiversity along the way.

What is happening in Peru at the moment?

At present, the figures are alarming when it comes to obese and overweight children. Another big problem is childhood anemia, which has stood at over 40% for many years and which child nutrition programs, such as Qali Warma, have not helped to overcome.

Ironically Peru is one of the world’s largest exporters of so-called “superfoods.” The Super Foods Peru program was launched in April of this year by the Ministry of Production to promote the export of Peruvian superfoods, some of which have been produced for thousands of years. The risk with these promotional programs is that farmers will stop eating the foods they produce because they are in such demand abroad, leading them to sell everything for export or even to sell their land to large exporters. 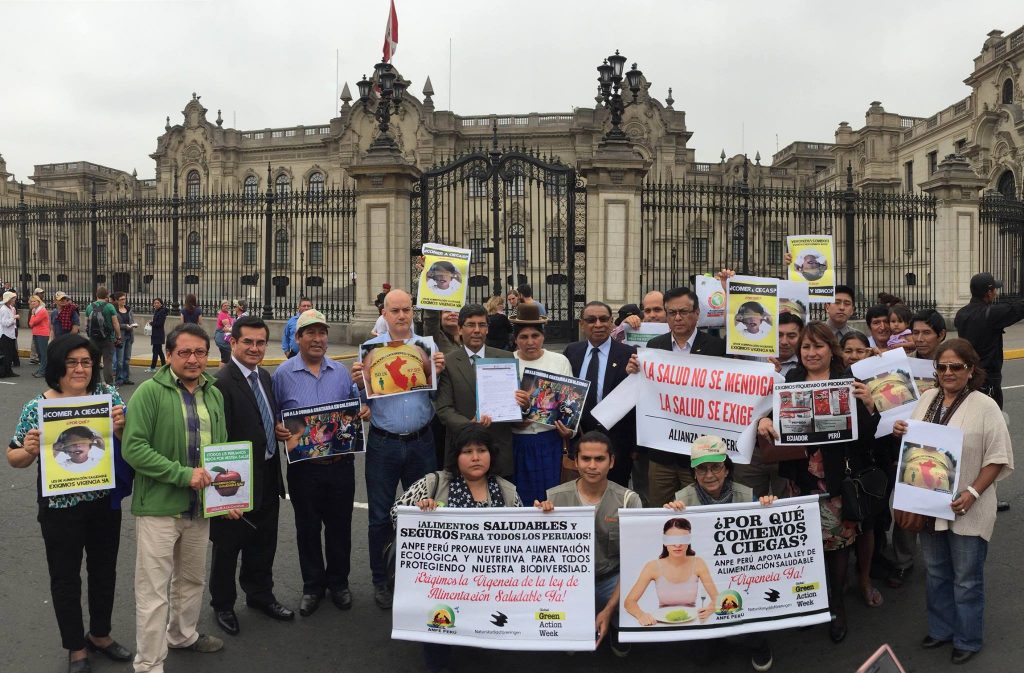 What is the government doing?

First a draft law was promoted that would render this law, approved in 2013, powerless and allow junk food back into schools. This runs the risk of opening up school kiosks and dining halls to processed and ultra-processed products, on the pretext that these are not harmful to health if eaten in small amounts. The draft law lifts the obligation on food-producing companies to clearly state nutritional properties in their advertising as well as the obligation to clearly and concisely publish the trans-fat content and sugar, sodium and saturated fat content when these are particularly high.

What is Slow Food doing in Peru?

The national Slow Food network in Peru has followed these events very closely. Its first move was to circulate a letter setting out the above arguments, which was signed by people inside and outside the network, as well as various associations. It also joined the Healthy Food Platform (HFP) – which was created by the same people who created the law in 2013, and in which the Peruvian Consumers and Users Association (ASPEC), among others, participates. The purpose of this platform is to create a medium- and long-term project to draft an information plan and to ensure that informed consumers help to regulate the market through their choices. The HFP involves a group of organizations and citizens who are calling on the state to implement policies to combat childhood malnutrition, through campaigns and based on an information project that could perhaps be taken as an example by the government itself.

Slow Food and La Revolución also organized a multidisciplinary meeting between the HFP, UNICEF, PAHO, the WFP (World Food Program) and other specialists, at which the importance of approving the law’s regulations with the PAHO-established parameters was emphasized, as well as the importance of laying the foundations for group work on the food education project in the medium and long term, as required by Law 30021.

We can only hope that the good, clean and fair philosophy will win the day. Meanwhile you can use the hashtag #AlimentaciónSaludableYA to keep up to date! And for Spanish speakers, there’s an explanatory video here.