Archive » From Peru, the New Slow Food Presidium for an Old Variety of Lupin Beans from Huaylas 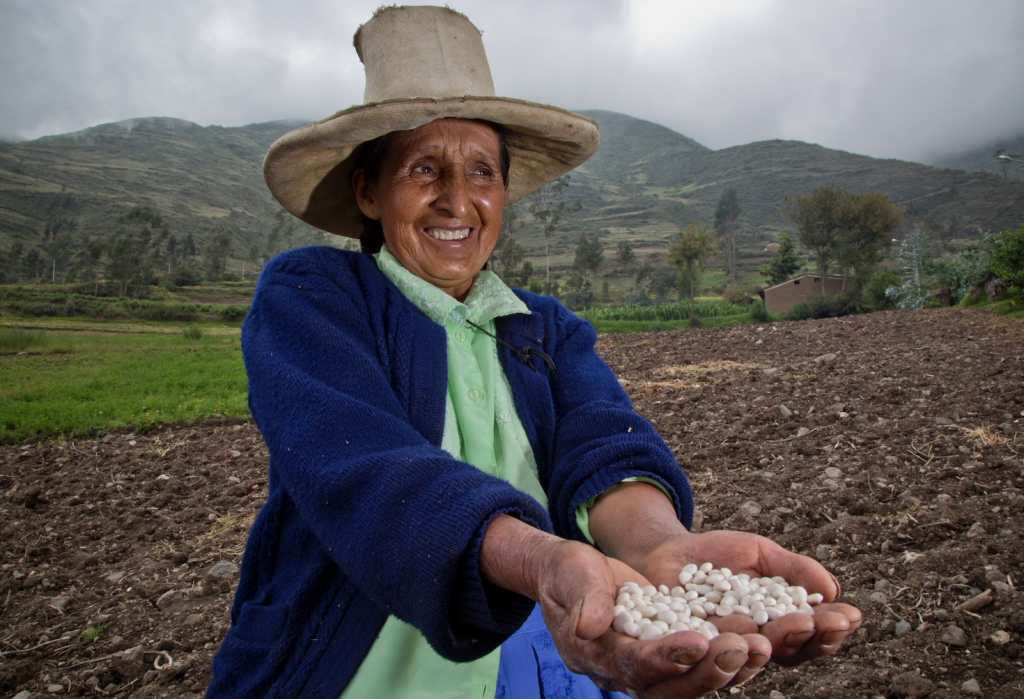 The Andean Cordillera Blanca is the highest tropical mountain range in the world: here, between 3,200 and 3,800 meters above sea level, live indigenous communities who cultivate three local varieties of lupins (tarwi in Quechuan) that are tasty and nutritious. Known on a local level since pre-Columbian times, over the years they have been replaced by non-indigenous varieties that are more productive but less nutritious. The Slow Food Foundation for Biodiversity, in collaboration with the Albero della Vita [Tree of Life] Foundation and with the support of the Fondo Italo-Peruviano [Italo-Peruvian Fund] has decided to open up a new Slow Food Presidium to select and evaluate the native lupin ecotype, marketing it locally, also through recognition of a proper price for it. 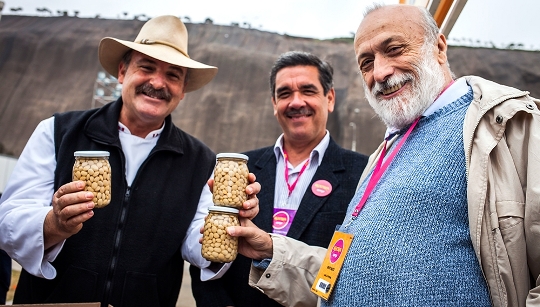 Adolfo Perret, one of the best chefs in Lima and host of Chefs’ Alliance Kitchen at the Terra Madre Salone del Gusto, tells us of his 30-year experience with Peruvian gastronomy and with this fascinating ingredient from the indigenous peoples.

Tell us about your experience in the kitchen?

My university studies started out in the Economics department, but I knew that wouldn’t be the path I’d take. At the same time, I was also taking cooking courses: my true passion and, later, my work. After a few years I left university and took courses in restaurant management, as well as studying at the Cordon Bleu Peru cooking school. This is where I found my calling: I opened my first restaurant, Cebicheria Punta Sal, in 1986, in the San Isidro quarter. In December 1995, together with my wife Gaby, I opened the second restaurant in Miraflores, then all the others, in different areas of Lima. I never ceased specialising and participating in fairs all over the world where I could show off the incredibly rich Peruvian cuisine.

What are Peru’s gastronomic prospects these days?

A lot has been done but there’s still a lot to do: Peruvian gastronomy encompasses much of our country’s cultural identity and can represent a real engine for economic development for the country and for our citizens’ well being. Promoting our culinary tradition’s excellence goes hand in hand with protecting our biodiversity, starting with the opposition to genetically modified cultivation. We need to re-evaluate the role of small producers, trying to create networks among them and with medium and large companies linked to gastronomy. The synergy between the various sectors, and above all training and sensitising new generations, are key to not losing our traditional knowledge, our culture and even our national identity.

What is your kitchen never without?

The main ingredients in Peruvian cooking are ajíes, the chilli pepper variety that gives flavor to all traditional dishes. Other very important ingredients, depending on what I’m cooking, are peppers, onions, garlic, lemons, tomatoes and culantro [coriander]. I usually buy products directly from producers, at the market or thanks to agreements and buying groups that let us get quality products at proper prices for both producers and consumers, according to the principles of the Slow Food philosophy.

How did you find out about Slow Food?

I’ve been collaborating with Slow Food for years together with other chef friends. I have always believed in the movement’s values, and becoming a part of it was a natural step: I have always given a precise way forward to my cooking, appreciating the quality of the products and respecting the work of those who produce them.  In the global world of today, I like being among those who are trying to hand knowledge and traditions down amongst the generations, but especially to be able to use my creativity to assess quality products and teach how to eat nutritiously, cleanly and correctly, starting with the ingredients.

You have tarwi, new to the Slow Food Foundation, among your ingredients: how did you discover it?

It was a stroke of luck! I happened to read about a study conducted in 1976 by a multi-disciplinary team of German and Peruvian technicians, among whom, Rainer Gross, Erick von Baer and Rafael Acosta, who presented the product and all the potential problems for cultivating and transforming it. Then, about six years ago, I met professor Rafael Acosta together with Mario Tapia, another significant promoter and student of grains and other Andean products: both of them spiked my curiosity about this product; then I had the occasion to collaborate with the Competitiveness Management of the agricultural sector in the Ministry to promote Andean grains, beans, and maize. It was through this work created directly with the farmers that I could get to know hands-on not just the product’s benefits and potential but also its high nutritional value and its importance in fighting two of the country’s endemic problems: chronic malnutrition and anaemia.

What dish of yours features this ingredient?

The most common dish is picante, a dish based on lupins, potatoes, yellow peppers, onions and garlic, accompanied by toasted maize and rocoto (a variety of chilli). I use it to prepare different dishes: in hummus, in salad, in vegetarian dishes, in a good hamburger, roasted with trout and quinoa, in stews, soups, purred, in snacks: toasted flour to make bread and biscuits. My favourite dish however is another well-known one from the Huaylas province, ceviche de chocho. It is loved all over Peru: based on lupin, onion, tomatoes, rocoto, lemon and coriander, you can find it in practically every market in Huaras, Caraz and Carhuaz, mostly prepared by local women. Come try it in my kitchen during the Terra Madre Salone del Gusto.