Only by radically renewing the organization of Slow Food, only by making it more open and inclusive, and only by trying out new forms of aggregation, involvement and participation can we address the challenges that await us in the future in the best way possible and thwart those—the very few—who possess power and wealth and decide the fate of the world’s food and of humanity itself. They are giants but we are a multitude!

For Slow Food, the International Congress in Chengdu (China, September-October 2017) marked an evolution towards a global movement made up of hundreds of thousands of people in over 160 countries.

The challenges linked to the food system are increasingly urgent and complex. We need to identify new ways of bringing people together, simpler and more streamlined, that will make it possible to intercept everyone who is interpreting the good, clean and fair philosophy in their own way.

The Slow Food communities are one response to these challenges.

This new organizational model is open, inclusive and rooted in local areas but with internationally shared objectives such as combatting waste, overcoming inequalities, protecting biodiversity and fighting climate change, to name just a few.

What is a Slow Food community?

The term community is nothing new in either the history of Slow Food nor the history of civilization in general. It officially entered the Slow Food lexicon in 2004 with the first Terra Madre, and is now being adopted for a new kind of organizational model.

Made up of a group of people who share and promote the values of the international Slow Food movement (as summed up in the Declaration of Chengdu), a community is based first and foremost on the assumption that everyone has the right to good, clean and fair food and that Slow Food will not give up the fight until every last person on this planet has access to it.

A community is started with a founding declaration, in which the members state:

The Slow Food revolution starts here!
The first communities are already being formed around the world. 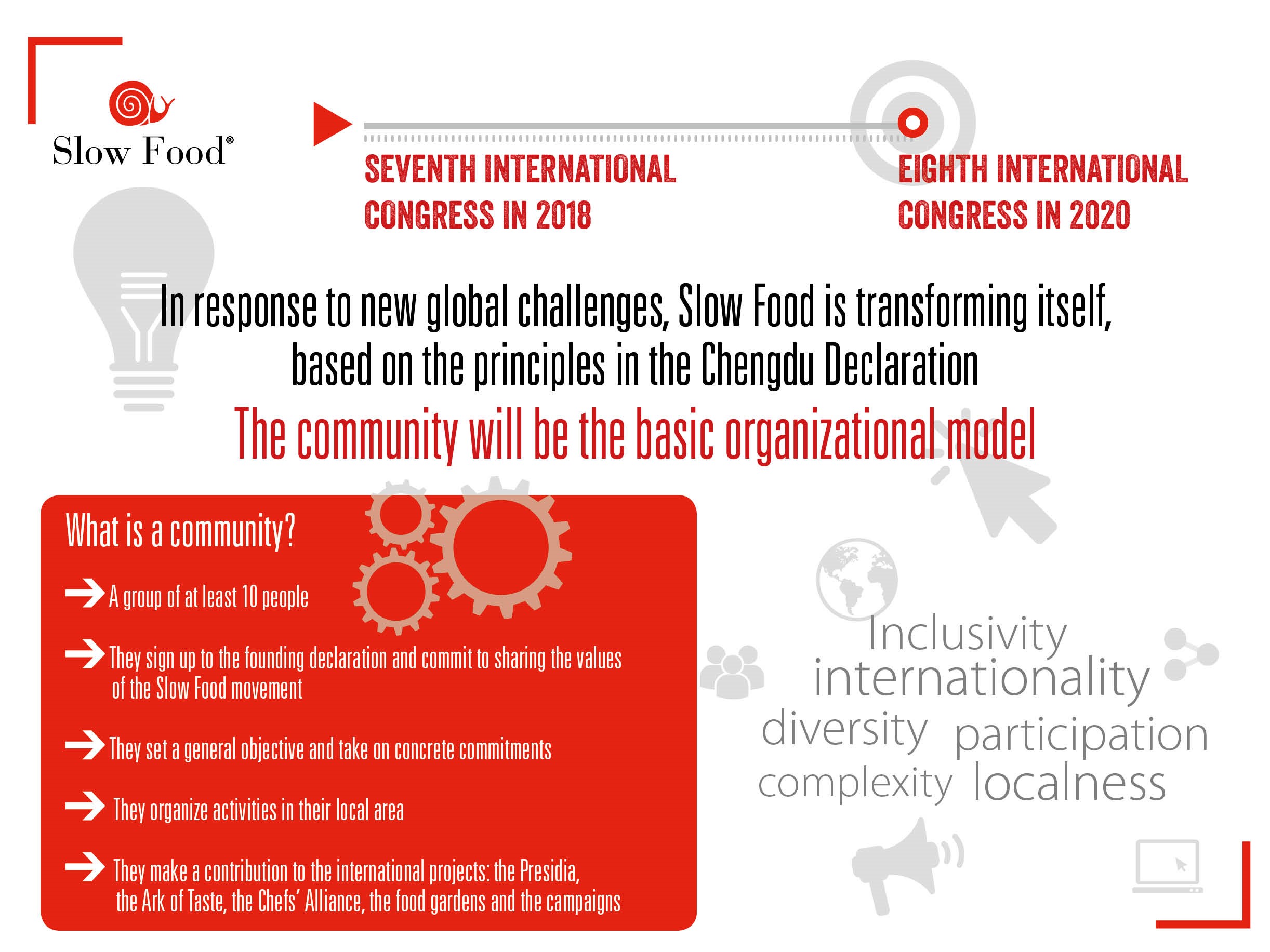 To find out more, click on the sections on the side.