Our network » Migrant Network » What We Do » Projects

In the second half of 2018, 80 migrants from over 30 countries gathered together in Piedmont to start an Italian-language training program that aimed to transform their culinary heritage into applicable skills.

With the “Recipes for Dialogue: Food and Stories for Multiculturalism and Integration” project, Slow Food wants to connect first- and second-generation migrant communities with the Italian territory through food, providing them with concrete tools to help them become independent and create economies in the food sector.

Being able to start and run a food business, learning how to value one’s own story, and understanding biodiversity and the seasonality of local produce are essential elements for the integration of migrant enterprises.

After the training has finished, migrants have many different activities available to them, including the possibility of opening up their homes and organizing convivial events where they can share their own gastronomic traditions.

A cookbook published by Slow Food Editore will collect the stories of ten migrant communities and present their most significant dishes. 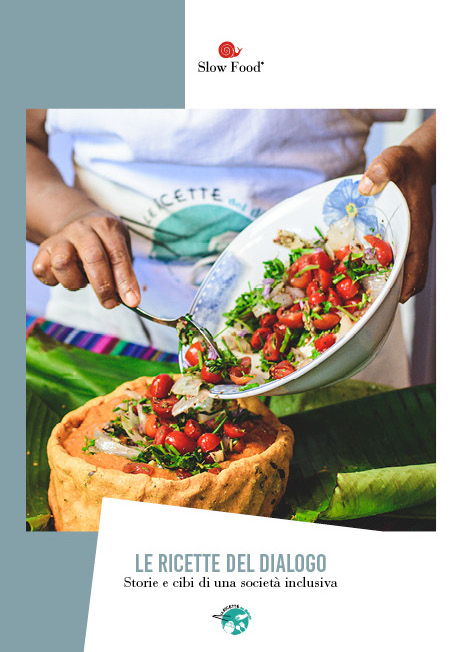 2. Supporting and promoting the role of migrants in the rural development of their native countries

Slow Food is committed to involving migrant communities in Italy, but also encouraging their direct engagement in their native countries from an international cooperation perspective.

According to Banca d’Italia statistics, in 2015 the total amount of remittances sent home by migrants residing in Italy was €5.9 billion, while in the same year the Italian government’s contribution to the Development Cooperation (AICS) amounted to €3 billion. This shows how migrant communities represent a crucial resource for promoting international cooperation and sustainable development processes in their home countries.

With the Dia.Me.Se. project, Slow Food is involving the Slow Migrants network in co-development projects, triggering a process of change in which migrants play an increasingly active role. Since 2017, Slow Food has been working on boosting rural entrepreneurship and youth employment in small-scale farming in rural areas in Senegal and Morocco by directing investments from diaspora associations in Italy.

Soupe au pistou, carrot soup, and gondi are just some of the many recipes collected in the Soup for Syria cookbook, a compilation of soup recipes provided by renowned international chefs like Alice Waters, Anthony Bourdain, and Yotam Ottolenghi to raise funds for Syrian refugees.

The idea came from Michel Moushabeck and Barbara Abdeni Massaad, a writer and photographer who also happens to be the founder of Slow Food Beirut and a Terra Madre network delegate.

One and a half million Syrian refugees have sought shelter in Lebanon, with half a million living close to Barbara’s home in Beirut. Struck by their living conditions, Barbara asked a number of celebrity chefs to contribute to a book in which soup represents much more than just a recipe, becoming also a symbol of comfort and conviviality.

The proceeds from the sale of the book are being donated to the United Nations High Commission for Refugees (UNHCR) to help fund food relief for Syrian refugees in Lebanon.

The story of the Mbera I family food garden is a unique one. In southeastern Mauritania, 60 kilometers from the border with Mali, lies the Mbera refugee camp, which hosts increasing numbers of Malians who have been forced to flee their country.

The camp does not offer much; Médecins Sans Frontières representatives talk about critical conditions, particularly in regards to nutrition.

But next to his tent, Almahdi Alansari has planted a small garden and begun to involve around 50 other camp residents in the traditional cultivation of typical crops from northern Mali. A supporter of Slow Food in Mali, Almahdi worked with katta pasta producers and coordinated the Presidium.

Almahdi has brought his experience to Mauritania, planting a small seed of hope that has helped to improve diets within the camp and to nurture human relationships between its inhabitants.